Who is Sara Carter of Fox News? 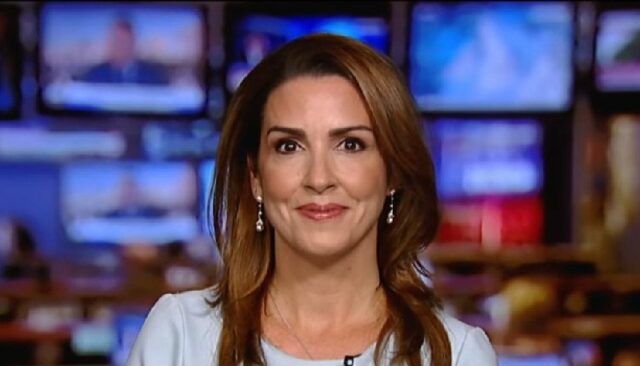 Sara Carter is an investigative journalist who specializes in issues such as terrorism, national security, immigration, and war-torn countries. She has worked as a national security correspondent for The Washington Examiner and has spent time in Afghanistan and Pakistan studying ISIS and al-Qaeda.

Sara was born on the 31st of May 1980. Sara Carter grew up in Saudi Arabia and has “traveled extensively throughout the Middle East, Africa, Europe, and Mexico,” according to her website bio. Her father, was a marine and a veteran of two wars; his military background could explain why Sara spent her childhood in Saudi Arabia.

Sara Carter speaks Spanish as a result of her Cuban ancestry, as she was born to a Cuban immigrant mother.

In this institution, she pursued a Bachelor’s degree in Journalism and Communication. She also pursued a course in the London Academy of Music and Dramatic Art (LAMDA).

According to her LinkedIn profile, she joined Fox News Channel in December 2017, at the age of 37.

Sara Carter has earned two National Headliner Awards, a Sigma Delta Chi award (from the Society of Professional Journalists), and an Association Freedom of Information Act Award, according to Fox and her own website.

Sara Carter is married to Martin “Marty” Bailey. He is a service member. They first met in Afghanistan’s Helmand Province. The pair got married on October 22, 2010.

Bailey served in the US Army for more than two decades, rising to the rank of master sergeant. According to KSL, grenade shrapnel “destroyed his right eye and left optic nerve” on Easter Sunday 2011 in Afghanistan, causing him to lose his vision.

In 2019, he was honored at Yankee Stadium. Sara Carter is quoted by Fox as stating of her husband, “He’s like our hero.”