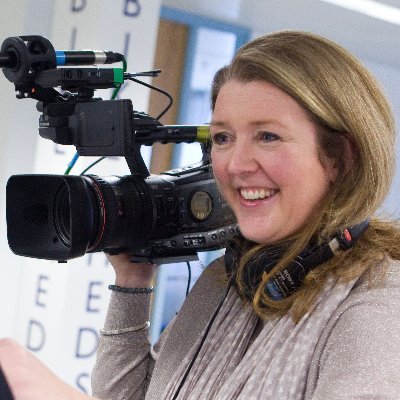 Francesca Kasteliz is a TV Presenter coach and the wife of Jon Kay, an English television presenter known for his work on BBC News. She is also a graduate of the University of Warwick where she studied English and European literature.

She served as editor of The Warwick Boar as a student, and she also received a Guardian NUS Student Media Award. Her postgraduate diploma in broadcast journalism was later obtained after she transferred to Cardiff’s journalism school.

In addition to the above-stated BBC stints, Kasteliz has worked for a long time as a coach for performance. While still employed by the BBC, she began her coaching career through the BBC Coaching Network.

But she left the company after less than a year and joined TV Coach Limited. She has 13 years of experience as an on-screen performance coach and specializes in one-on-one tutoring of top TV presenters and contributors.

She has mentored “some of the biggest personalities on TV,” according to her member bio on the Bristol Creative Industries website.

“If you want to be more genuine, interesting, and confident on-air, I know how. From Panorama to Strictly Come Dancing to A Place in the Sun.”

Francesca Kasteliz met Jon Kay in 1992 when she was a BBC News trainee. She later started working as a TV and radio reporter for BBC Points West, where she stayed for six years (until 1999).

According to the Daily Star, Kasteliz and Kay got married in 1998 while she was preparing to serve as a correspondent for BBC National Network News.

There are three kids total between Francesca Kasteliz and Jon Kay: two boys and a girl.