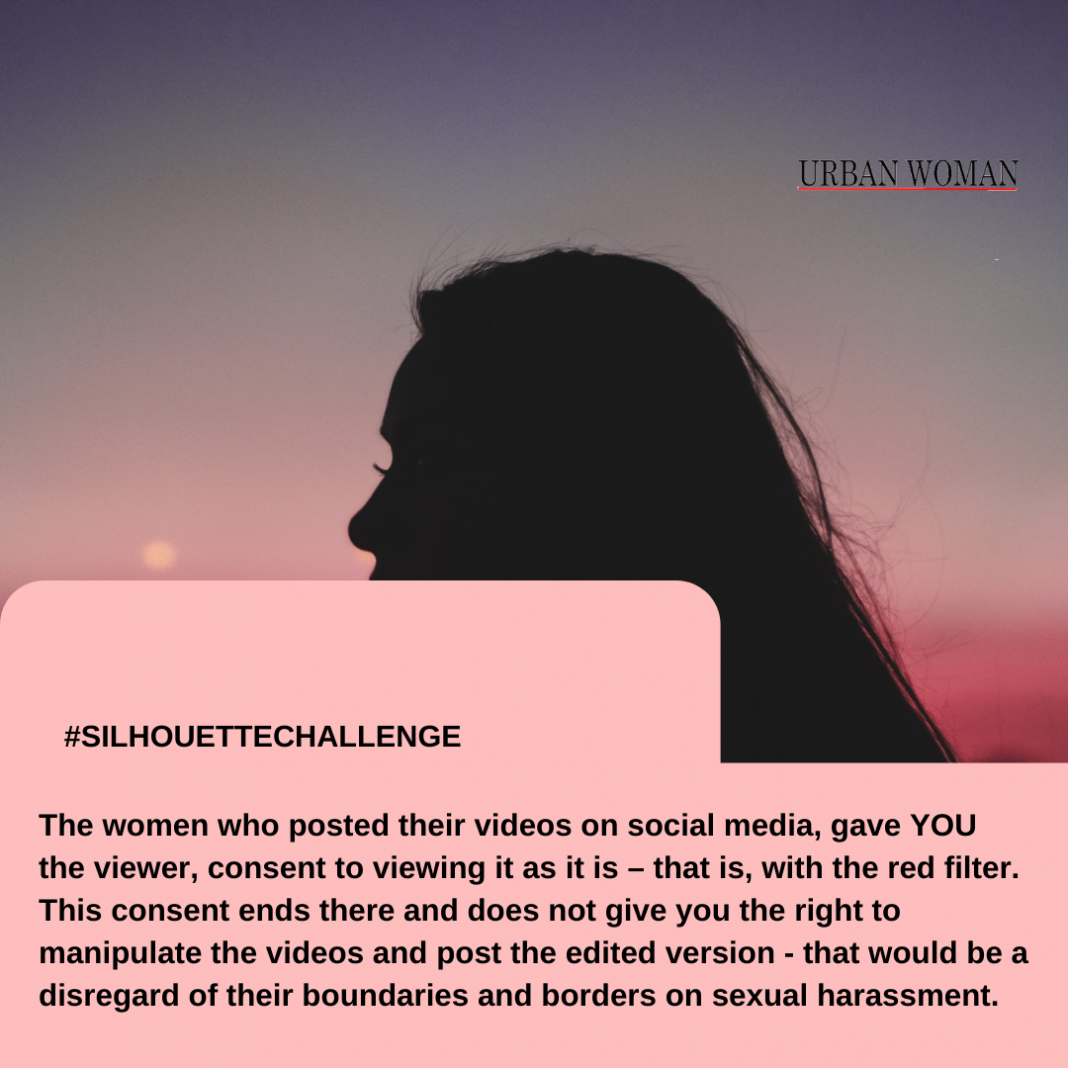 What started out as a harmless challenge on TikTok for ladies to celebrate their sensuality ended up being a tool for sexual harassment.

At the beginning of the year, the silhouette challenge began on TikTok and went viral. In this challenge, women posed naked using a red filter from Snapchat with Paul Anka’s song ‘put your head on my shoulder’ playing in the background.

This challenge was particularly embraced because of the anonymity that the red filter offered and many ladies were comfortable partaking in this challenge and posting their videos on Twitter because they thought their identity would be protected. However, by the time the challenge was embraced by Nigerian women, the story took a different turn.

When women complained that this was a violation of their privacy, these men fired back saying that as long as the videos and pictures were posted on social media, these women had given their consent for them to be used and manipulated in whatever way possible.

Some Twitter users even went as far as to warn ladies not to post their videos on social media because the filter could be removed and whatever negative effect this had on their jobs or personal lives would entirely be their fault because they posted it in the first place. Predictably, the enthusiasm around this challenge died as quickly as it had begun. However, there is a conversation to be had about the understanding of consent or lack thereof, particularly among Nigerian men and the culture of victim shaming in Nigeria.

Although consent is largely used in a sexual context, it can be applied to every situation including the silhouette challenge. To begin with, consent is permission given to do something. It is clear, enthusiastic, flexible and not merely the absence of a “no”.

One key thing to note is that consent is not a blanket concept and just because a person gives you permission for ONE act does not automatically mean you have their consent to carry out EVERY act.

Putting it in context of the silhouette challenge, the women who posted their videos on social media, gave YOU the viewer, consent to viewing it as it is – that is, with the red filter. This consent ends there and does not give you the right to manipulate the videos and post the edited version – that would be a disregard of their boundaries and borders on sexual harassment.

On the surface, the advice that women should not post their videos on social media because it could be manipulated and used against them, seems like good advice but what it does, albeit subtly, is blame victims of this form of sexual harassment while ignoring the perpetrators.

It is like advising women to ‘dress decently’ to avoid getting raped when the focus should be on telling people to ‘stop raping women’ or at the very least, punishing known rapists. The burden of women’s safety rests heavily on women and when we fail to keep ourselves safe, we still get blamed. So, what is the way forward?

PS: You can book a free personal or group class on consent with HandsOff Initiative if you are looking for a safe space to learn about and unpack the concept of consent.

Read Also: We Researched The Divine Feminine So That You Won’t Have To