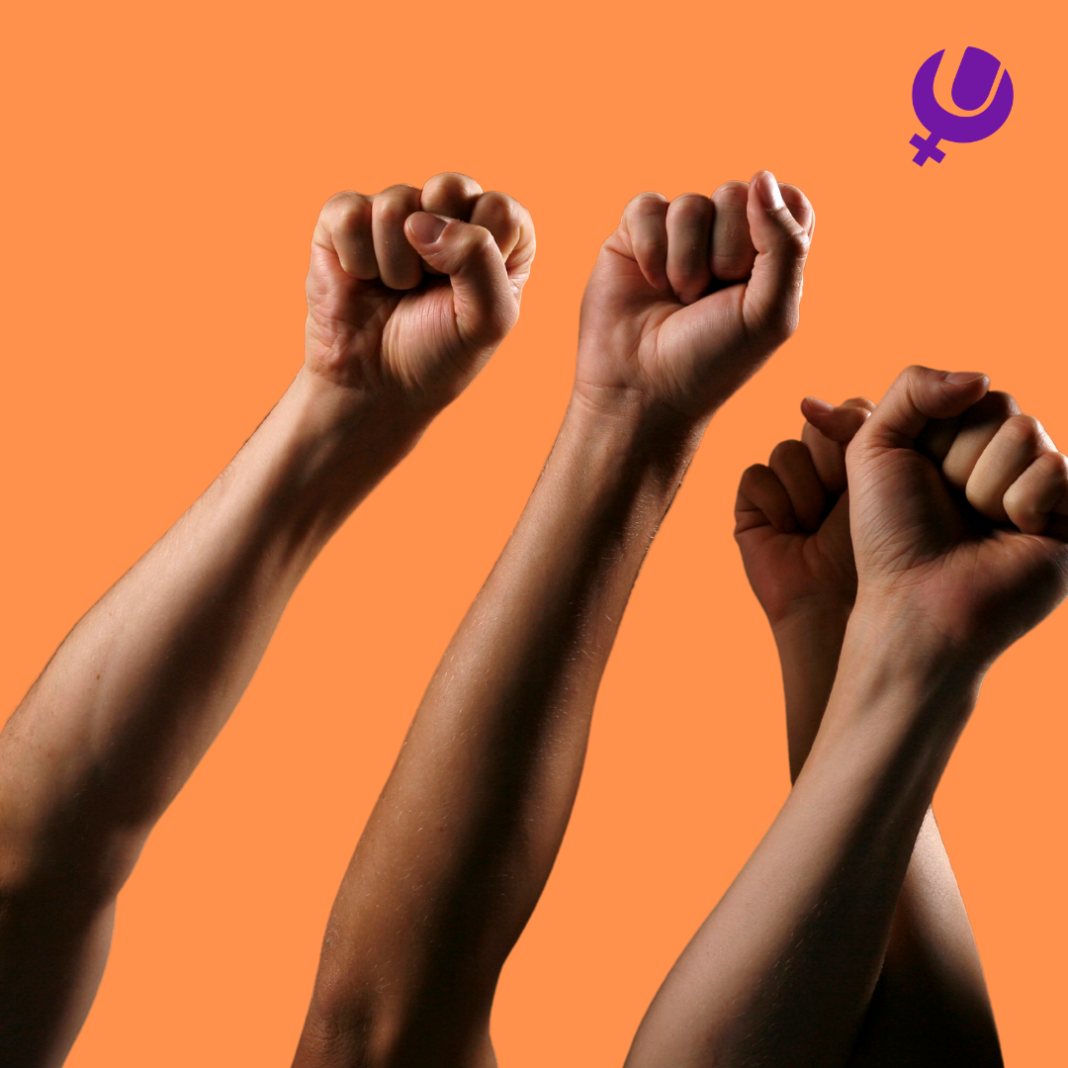 ‘A rapist in your path,’ also called ‘The rapist is you,’ is a Chilean performance created by the Valparaiso feminist collective, Las Tesis. This group comprises actresses Sibila Sotomayor and Dafne Valdes, designer Paula Cometa and wardrobe artist Read Caceres, all aged 31. These four women define their group as “an interdisciplinary collective of women who, through performance, address gender issues from a feminist perspective.” A rapist in your path is based on the work of Rita Laura Segato, one of Latin America’s most celebrated feminist anthropologists. The performance involves chanting the lyrics of the piece and some choreography usually carried out by a group of women wearing ‘party’ clothes.

“Patriarchy is a judge who punishes us for being born, and our punishment is violence that you don’t see,” the lyrics read.

A rapist in your path was first performed in public on November 20, 2019, in Plaza Aníbal Pinto in downtown Valparaíso. 5 days later, in honour of the International Day for the elimination of violence against women, other groups of women performed it in several locations around Santiago, the capital of Chile. After these successful performances, the creators encouraged women to perform their versions of it worldwide. This anthem has now been performed in over 400 locations across over 50 countries, including Mexico, Colombia, France, Spain, and the United Kingdom.

Although A rapist in your path was initially created to call out rape culture and state violence in Chile, it became explicitly directed at the police due to the violence perpetrated by the police during the 2019 October protests.

The fault is not with me, nor where I was, nor how I was dressed… The rapist is you!

The decision to dress in “party” clothes criticizes the common practice of victim-blaming that shift blame onto victims of sexual assault by focusing on the individual’s clothing choices. These women, through this performance, send the message that women should be able to dress however they choose without becoming victims of sexual assault or/and be blamed for the actions of their perpetrators. The protesters are also blindfolded during the performance, and this is a reference to victims of eye injuries during the 2019-2020 Chilean protests. The blindfolds also reference “La Venda Sexy,” a torture centre in the Pinochet-era Chile where female political prisoners were subject to sexual violence by the state guards. At some point during the performance, the women can be seen squatting. The squatting motion refers to a practice carried out by police against female detainees, where the women are forced to strip naked and adopt a squatting position.

This performance has been adopted in different languages across the world and performed for various reasons.  In Colombia, female journalists performed it to call out sexism in the press and honour women who had died due to femicide. In the United States, during the trial of Movie director Harvey Weinstein, women performed this piece to call out other powerful men that have been accused of sexual violence, such as Donald Trump and Brett Kavanaugh. In Turkey, after the police arrested the women who carried out the protests, female members of the Turkish Parliament sang the song inside the Parliament.

Regardless of where it is performed, A rapist in your path has reminded women that they have a voice, and women all over the world are now using this voice to advocate for equality.

Read Also: The Future of Feminism: Elevating All Women

Previous article
The Future of Feminism: Elevating All Women
Next article
7 Things Every Feminist Should Ask on a First Date