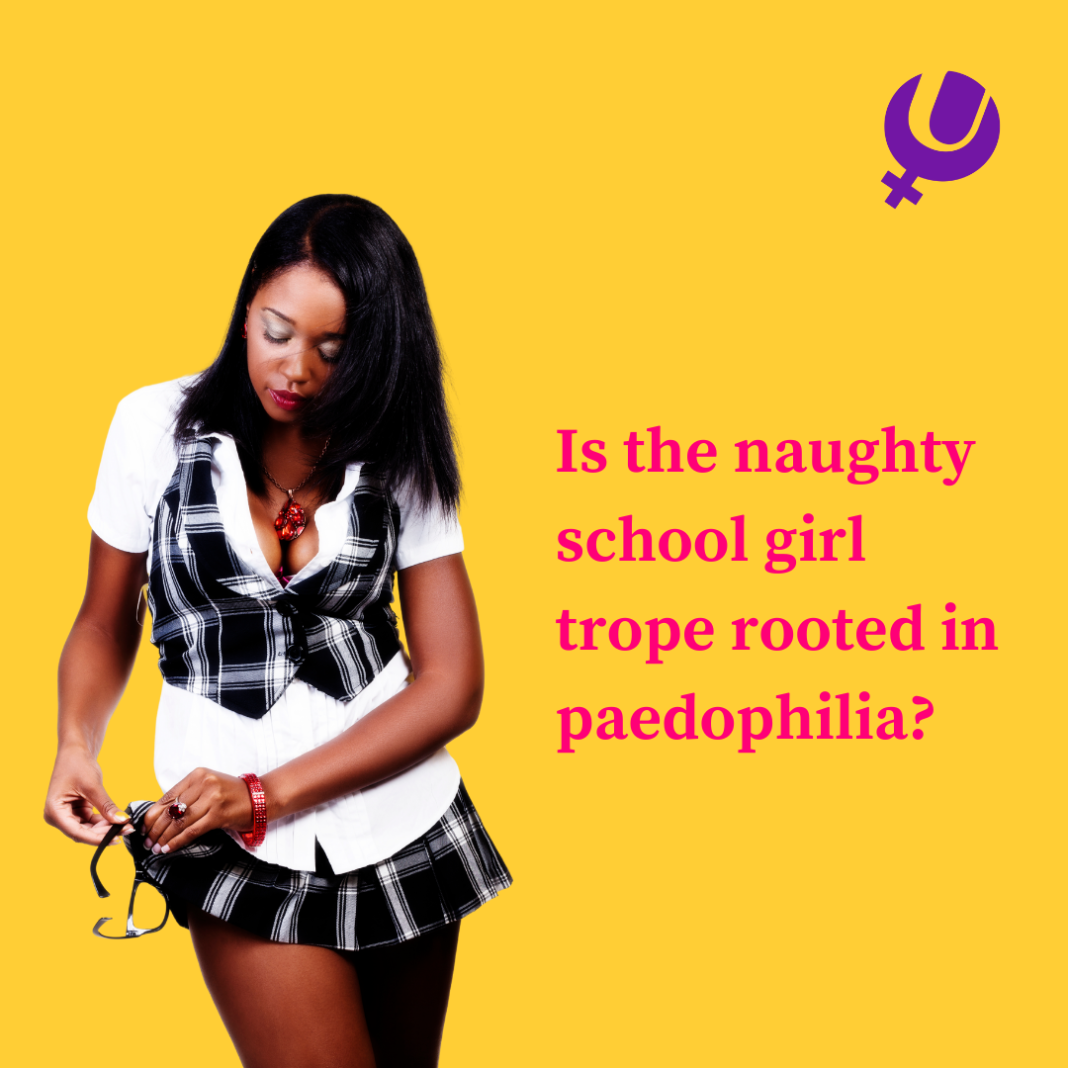 Anybody, anywhere in the world, who has to wear a school uniform is likely under 18 years. To be honest, the schoolgirl aesthetics looks like a nod to 12-14-year-old girls, and grown women intentionally dressing to look decades younger because it makes them more attractive to men seems problematic to me.

If women admit to getting more attention and sexual advances from men when they are dressed like 12-year-olds, we need to interrogate why these men are attracted to 12-year-olds, even if it’s cosplay and how this seemingly harmless practise of dressing up as schoolgirls sexualize actual school girls who are still children.

Some people argue that the schoolgirl aesthetics reminds people of their adolescence and that’s why it’s so popular. However, I’m going to go out on a limb and say that it is rooted in paedophilia, a sexual attraction to children by adults.

To this day, little girls are subject to sexual harassment, coercion and even rape by older adults and statements like “she is young and fresh” is not uncommon in this part of the world. In 2015, UNICEF reported that one in four girls in Nigeria has experienced sexual violence before the age of 18.

Africa has a paedophilia problem with the highest prevalence of child sexual abuse around 34.4% as reported by WARIF – it would be dishonest to claim that there is no relationship between attraction to younger-appearing women and child sexual abuse.

This attraction to young girls is also not unrelated to the demonization of ageing, especially in women. Getting old is seen as this horrible thing that decreases your value and takes away your capacity to be attractive to men. As a result, many women actively invest in looking younger, from plastic surgery to schoolgirl cosplay. It is a complex interaction of paedophilia, sexual harassment and anti-ageing.

We may not have all the answers or even a complete understanding of the situation, but what we do know is that little girls are often sexualized by society, exposing them to sexual violence, and the schoolgirl aesthetic contributes to this problem.

Read Also: Feminism And Wickedness Are Not Mutually Exclusive