No We Won’t Calm Down – Saying No To Tone Policing 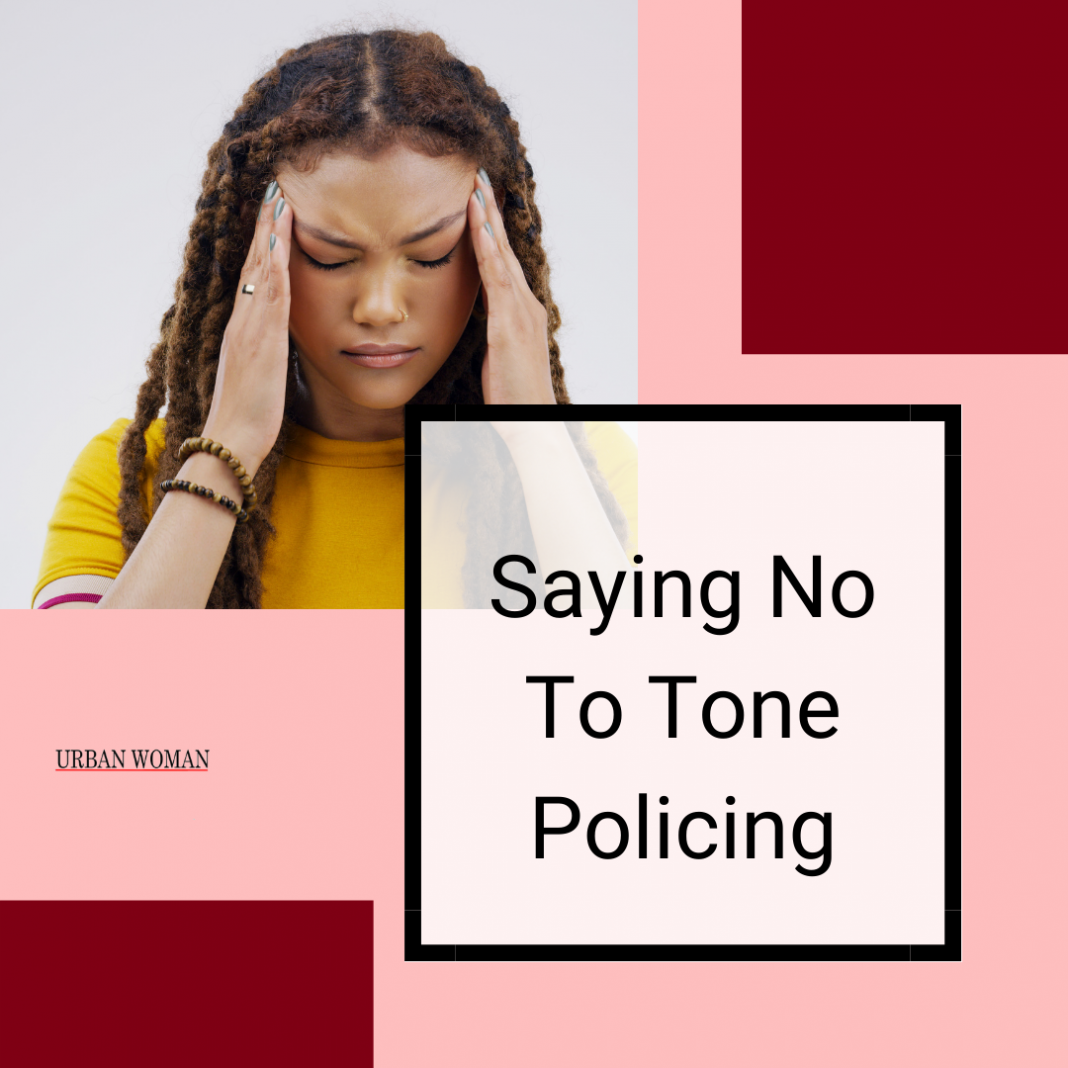 Have you ever been in the middle of a discussion and the person you were discussing with suddenly started chastising your tone and saying things like “calm down” or “there are better ways to say this”?

How did that make you feel? My guess is that your response is something within the perimeters of frustration. What you experienced is known as tone policing and women experience it one too many times in a lifetime.

Tone policing is an anti-debate tactic based on criticizing a person for expressing emotion. It detracts from the validity of a statement by attacking the tone in which it was presented rather than the message itself.

The tone police wants you to believe that no matter how factual or valid your arguments are, expressing them in a tone which they find displeasing, nullifies the validity of your argument. They ignore your argument and are only interested in discussing the tone in which you presented your argument. This is not a tactic that can only be applied to physical conversations as the online space is a common ground for tone policing especially on women issues.

There is an age long myth that women are the emotional gender while men are the logical gender – implying that a person cannot be both logical and emotional. Although wrong in every sense, this has contributed to the belief that any display of emotions by a person, especially women, in a discussion makes their entire argument illogical. The reality is that logic and emotion are not mutually exclusive and can coexist just fine. The tone that you find displeasing is simply an expression of a persons emotion and has nothing to do with the logicality of their argument.

It is important to talk about this because women have been ignored, dismissed and even bullied as a result of tone policing. Last year there was an interaction between a popular Nigerian women, Moe and a ‘white’ man on twitter that drew a lot of attention. Moe had tweeted about the incompetence of some non profit organizations in Nigeria and the man had replied with an offer to help, stating that he is “an attorney in the states”. Moe had then declined his offer saying that she too, was an attorney in the states and that was the beginning of a very long and weird series of responses by this man. He claimed that Moe’s tone was rude and that she was arrogant for refusing his offer to help. He even went as far as researching her company’s website and threatened to report some ‘irregularities’ to the board.

To this man, it didn’t matter that Moe passed across her message as succinctly as possible or that she was simply telling the truth when she stated that she was an attorney herself. All that mattered to him was that her tone was less than pleasing to him and he went on a 24 hour rant calling her names and sending threats. For 24 hours, Moe was a victim of cyber bullying as a good number of people believed that she should have been ‘nicer’ to the ‘white’ man and resorted to mocking/insulting her too. The initial problem, which was the ineptitude of non profit organizations was completely forgotten. This is what tone policing does, it distracts everyone from the main topic and hinders further conversation.

The tone police is aware of the impact of tone policing. They know that it is an effective tactic to deflect any conversation and this is why, in spite of the tone policemen and women, we must continue to speak up. When women talk about rights and attempt to dismantle the patriarchy, the benefactors of patriarchy (men) tell us to do it in hushed tone. “Yes, you may speak but don’t speak too loudly.” “How can you talk about women’s rights with such profane language?” “When you said this, it hurt my feelings.” “Did you perhaps mean to say this?” “I can’t take you seriously because you’re not calm enough.” “Relax. It is not a war.”

Now, women have begun to speak up in spite of the tone polices, as it should be. We no longer spend time defending the way we chose to present our arguments and even own the labels imposed on us. Angry bird? That’s fine. Party pooper? Not a problem. You can talk about the tone of my voice and may even express your displeasure – you are well within your rights to do so. However, one thing is sure; you will not take away my voice no matter how much it annoys you.