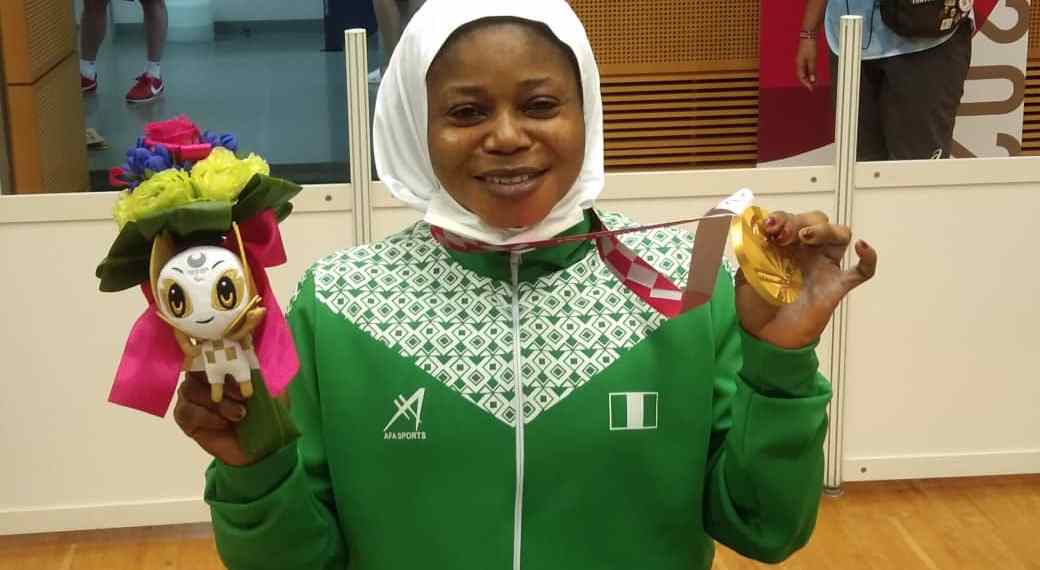 Nigerian Powerlifter, Latifat Tijani has become the first African to win gold at Tokyo 2020 Paralympics following her win in the 45kg final.

Latifat Tijani made a great comeback after her first lift of 105kg was disallowed in the finals. Her second attempt made up for her lag in the first round, with an attempt of 105kg, followed by her third attempt at 107kg, and finished with a 117kg in her fourth lift, which is a close call to the current world record of 118kg.

This is Tijani’s most impressive performance, and it has won Nigeria a gold medal.

Latifat Tijani, who was a trained hairdresser, but quit her job to focus on powerlifting, was also a gold medalist at the Brazzaville 2015 Africa Games, and a silver medalist at the Rio 2016 Paralympics.

Previous articleHow Zarifa Ghafari, One of Afghan First Female Mayors Fled The Taliban
Next article7 Signs That Proves Eniola Salami Is a Feminist