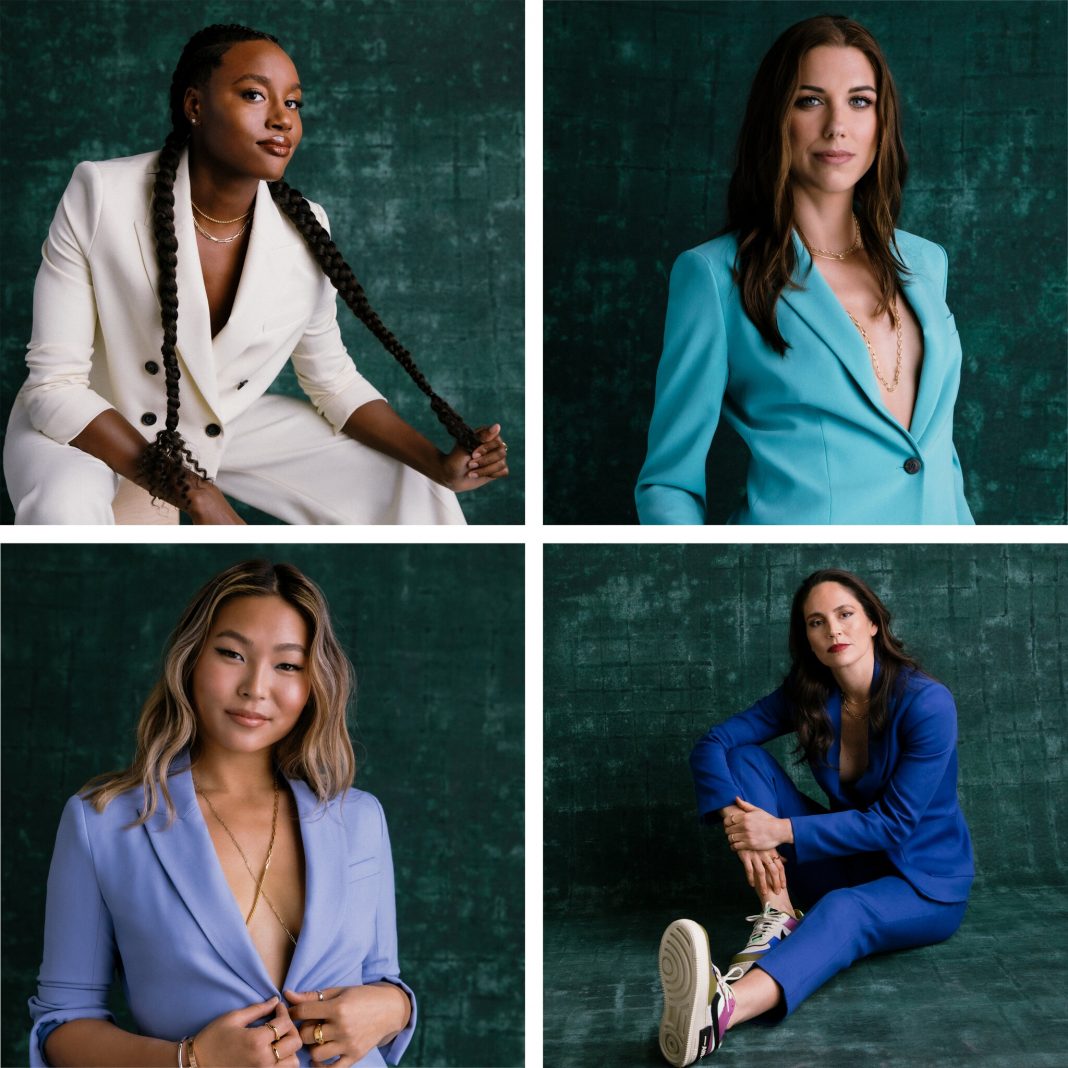 Despite the growing participation in women’s sports, men sports have continued to dominate the media. In 2019, a study done by Purdue University showed that media coverage of women athletes had only increased from 5% in 1989 and 5.1% in 1993 to 5.4% in 2019. A change that is negligible and drastically drops to 3.5% if the coverage of the Women’s World Cup is removed.

At the end of the day, what this means is women are not able to see enough role models in sports who they can look up to in the pursuit of their own athletic dreams.

These women have come together to launch the platform TOGETHXR.

TOGETHXR is a media platform that elevates women’s voices and tells their stories in order to uplift the next generation of women in sports. It combines the best of athletics, style, culture, and social justice and is targeted at Gen Z and young millennial women.

In an interview with Harpers Bazaar, one of the co-founders of the company Alex Morgan explained what inspired the establishment of TOGETHXR,

“I came up with [the idea of TOGETHXR] about six years ago when I realized how little coverage women in sports receive from mainstreaming networks and companies. The three other founders and I came together through a shared vision for the future of women in sports. We all share an experience of being at the top of our game in our respective sports, having won gold medals and accolades.”

TOGETHXR aims to promote informed content about female athletes, giving the next generation of athletes an edge. The content varies from online profiles of burgeoning sports stars to mini YouTube documentaries featuring a day in the life of everyday queer couples. TOGETHXR is backed by Magnet Companies with a “mid-seven figure investment,” according to the New York Times.

Another Co-founder, Sue Bird reiterated what the drive for creating the company was. She said,

“Women in sports are not just one thing anymore, however. We have interests outside of sport, although it is the one thing that brings so many of us together. It was important to give space and platform to all girls and women who feel like sports are a part of their life, in a big way or small. As much as I love soccer and what I do, it’s not all of who I am. That’s what I hope TOGETHXR highlights—who we are above and beyond sport.”

For the other two co-founders, Chloe Kim and Simone Manuel, TOGETHXR serve as a platform showing young women that there are no glass ceilings in the quest to achieve their athletic dreams.

Chloe wants to be able to tell more women’s stories because growing up, there weren’t a lot of stories of women ins sports that she could relate to especially as an Asian American.

Simone who is the first black American woman to win an individual gold medal in swimming, also believes in recognizing and paying homage to the women who have long fought before her and she believes telling stories about them is the best way to preserve their legacies. Simone’s biggest role models were Venus and Serena Williams, and they were a big source of inspiration to her in the pursuit of her dreams.

For these women, TOGETHXR will build and preserve a legacy for women in sports, tell stories that centre women, and generally promote content that will increase the visibility of women in sports. Their main focus is ensuring that these stories are diverse as well as empowering.