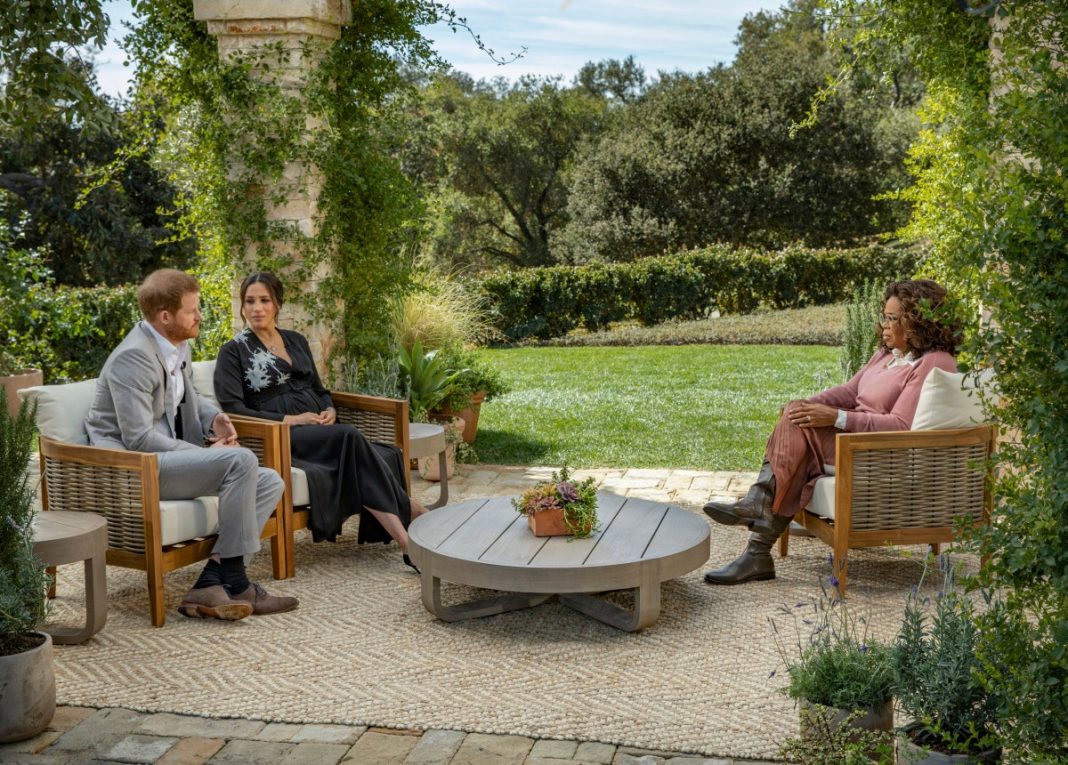 The Duke and Duchess of Sussex’s interview with Oprah Winfrey have been nominated for the Emmys.

In March 2021,  Oprah Winfrey hosted the bombshell interview with Prince Harry and Meghan Markle. The interview gave an inside scoop on Meghan’s and Harry’s life before and after the wedding, their royal duties and all the drama that came along.

The same interview has now been nominated for an Emmy, in the Outstanding Hosted Nonfiction Series or Special category.

The royals are not directly nominated, and all credits will go to Winfrey and the producers. However, one cannot take away the role they played in the production.

The two-hour interview, which was highly anticipated by fans of Prince Harry and Meghan Markle, well-wishers of the royal family, and even the media, received a lot of attention when it first premiered on CBS. With almost about  17.1 million viewers worldwide, the interview started a conversation that everyone had been waiting to have.

From details of the events that led to the royals stepping down from the royal duties to the bullying Meghan encountered from the media after the wedding and her struggles with her mental health during these times, a lot was revealed that the world just wasn’t ready for.

In a particular scene, Meghan explained that the colour of Archie was a source of concern to the family. Meghan said, “In those months, when I was pregnant, all around this same time, we had in tandem the conversation of he won’t be given security, he won’t be given a title … and also concerns and conversations about how dark his skin will be when he’s born”.

No doubt this is a huge feat for Winfrey, with this nomination being her tenth Emmy nomination. The Emmy Awards are scheduled to be held on Sunday, 19th of September 2021. Hopefully, Winfrey adds this to her previous three wins from the Emmy awards in 1989, 1993, and 2000.

Previous articleTogethxr Is On a Mission to Change Coverage of Women’s Sports
Next articleTommy Dorfman From 13 Reasons Why, Identifies as Transgender Woman