Lace Is Just Lace, It Is Not An Insinuation 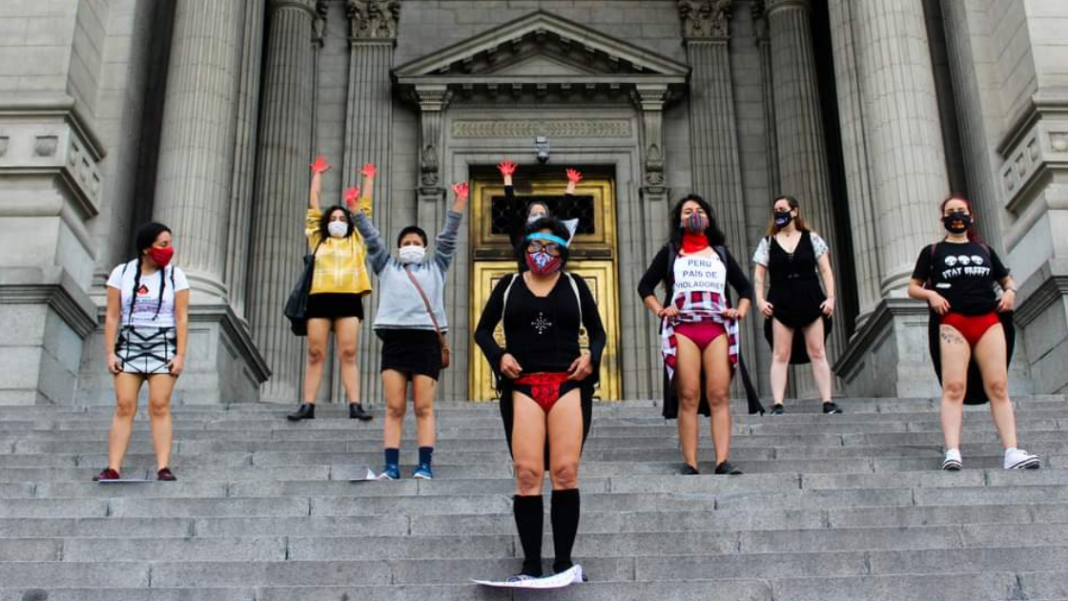 It turns out that in Peru, ousting a president is easier than getting justice for a rape allegation. On the 29th of October, 2020, a court based in the city of Ica acquitted an accused rapist based on the color of the victim’s underwear. According to the court’s statement,  because the victim wore red lace panties on the day of the alleged rape incident,  it could not have been rape. A part of the statement reads,

The supposed personality represented by her [the victim] (shy) does not relate to the undergarment she used on the day of the incident as this type of women’s underwear is normally used on special occasions leading to moments of intimacy,  which gives the impression that the woman prepared or was willing to have sexual relations with the accused.

The judges also claimed that there were “omissions” in the complainant’s testimonies.

Of course, this has sparked outrage in Peru and women have taken to the streets to protest – some with red panties around their legs to show solidarity with the alleged victim.

One of the placards held by protesters read Lace is just lace, it is not an Insinuation. The Peru’s public ministry in a statement issued on October 30 says that they have requested for the decision of the court to be nullified and that a new trial should take place in a different court.

There is a lot to unpack from this story, especially in this part of the world (Nigeria). Here, we struggle to even get a rape case to the court and now we have a situation where even though a rape case made it to the courtroom,  it’s been thrown out without proper investigation based on the colour of the victim’s underwear.

It seems like all our (women) words on consent, sexual harassment and rape fall on dead ears or worse, fall on ears that hear but with hearts that just don’t care. It is beyond appalling that for something considered to be a crime against the state,  a court of law reduced a rape accusation to a case of “what was she wearing?”

The concept of consent is very simple. First you must understand that consent, even though is defined as an agreement to do something,  is not a one-size-fits-all concept. This means that a person may agree to one sexual act and disagree to another even if the first act typically leads to the second.

For example, if the alleged victim agreed to dance with the accused while at the club, it does not mean that she has agreed to kiss him or sleep with him and any attempt at this without obtaining consent would be a violation of her boundaries.

The second thing to understand is that consent is requested and either granted or denied. Consent is not hinted at, assumed, inferred or insinuated, it is a clear agreement to participate in a sexual activity. This means that if Susan shows up to Steve’s house waxed from head to toes, in lingerie with “that look” in her eyes, Steve cannot infer consent from all of that neither can he claim that she was “asking for it”.

It is glaring that the world still has a long way to go. As ridiculous as it sounds that a court acquitted an accused based on the colour of the victim’s underwear, you should know that rape cases have been thrown out for significantly more ridiculous claims.

In Nigeria, marital rape isn’t even recognized as a thing – this means that married women are sexual properties of their husbands because regardless of what happens, any case raised against their husbands regarding sexual misconduct will never make it to a court of law.

While we wait hopefully to see a retrial of the case in Peru, we must continue to fight for a world where women can wear whatever they want whenever they want and still enjoy bodily autonomy. After all lace is just lace, it is not an insinuation.

Read Also: Victim Blaming Culture: Here Is Why All The Reasons You Discredit Her Sexual Assault Allegations Are Totally Flawed

Previous articleNo Auntie, I’m Not Married And There Is Nothing Wrong With That
Next articleThe Feminist Waves: Where is Nigeria?