Victim Blaming Culture: Here Is Why All The Reasons You Discredit Her Sexual Assault Allegations Are Totally Flawed 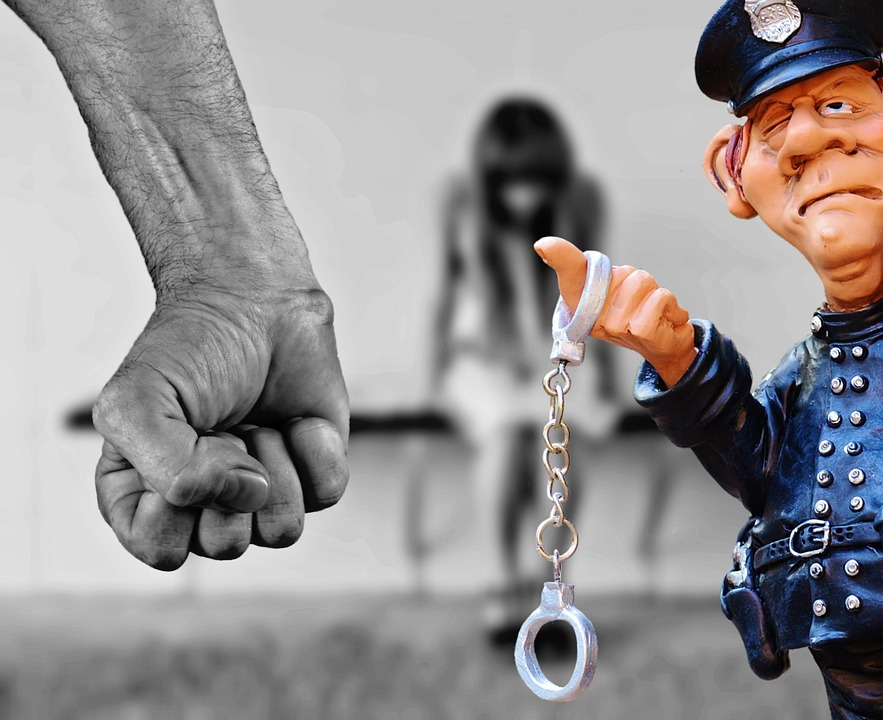 From the recent Kavanaugh-Ford trial, it has become obvious that a long delay before speaking out, a hazy recall of details are some common reasons for doubt in sexual assault allegations.

However, experts say these are what you should expect to see after a sexual assault.

Have you ever heard arguments about whether a sexual assault really took place, and then started to hear, “She can’t remember exactly what happened”, “She sent a friendly text message afterwards”, “She didn’t fight back”, “She took decades to come forward”.

These are just a few of the reasons used to question women’s account of a sexual misconduct. Even more recently, it is “she wore a lacy pant”.

Kimberly A. Lonsway, a psychologist who conducts law enforcement training on sexual assault as the research director of End Violence Against Women International, tells New York Times that, “There’s something really unique about sexual assault in the way we think about it, which is pretty upside down from the way it actually operates,”

To prove this point, statistics show that sexual offenders are likely to choose victims who have been assaulted in the past, however, women who have reported more than one assault are rarely taken serious. The number of false reports are grossly overestimated, and responses to trauma are viewed as reasons for unreliability.

The public imagines that sexual assaults are only committed by strangers in a dark alley, and then, they give off their opinions of how victims should react based on that idea. Even though majority of assaults occur between people who know one another or even people who were looking to start dating.

This is not to say allegations should not be evaluated carefully, rather, this is saying that people are not psychologically prepared to accept how common harassment and assaults are, and so they tend to look for any and every reason to poke holes in the stories.

Sexual assaults are so common, they occur in relationships you least expect. From a close friend who you are familiar with, to a mentor who you highly regard, to a public figure who you want a harmless date with.

New York Times reports how a woman named Leigh Corfman, upended a Senate race in Alabama when she said that Roy S. Moore, the Republican candidate assaulted her when she was 14, about 4 decades ago. She was approached by New York Times and that was when she agreed to tell her story. She said, “If anything, this has cost me.”

She had been worried that going public was going to affect her children, and her divorce history would undermine her story.  And this was why she kept silent all these years.

Negative consequences aren’t the only thing that keep victims form coming out, as experts also say that when the perpetrator was a trusted person, it could take years for the victim to identify what happened as an assault.

Scott Berkowitz, the president of RAINN, the Rape, Abuse and Incest National Network, tells New York Times that confusion and self blame are usually common. At first, they ask themselves, ‘Was I raped?’”

Offenders are not left out as they encourage this shaming and confusion because they act like nothing happened. According to Veronique Valliere, a psychologist who counsels sexual assault perpetrators and victims and consults with the military and law enforcement, offenders act to obscure assaults by camouflaging the acts as horseplay or humor, and acting as though nothing happened.

Staying friendly with her abuser

Sometimes, women who get assaulted keep in touch with their assaulter because they feel that keeping good relations with them afterwards is probably important for their careers.

According to the New York Times, “Offenders work assiduously to gain trust and appear benevolent, and that relationship does not disappear overnight, even after an abusive episode. Women in particular, experts point out, are conditioned to smooth things over”.

According to Roderick MacLeish, a Boston lawyer who has represented hundreds of victims of abuse by Catholic priests and schoolteachers, “Victims think that it was their fault, so in many cases they want continued contact, and then later they realize that it was for the perpetrator’s sexual gratification, and that’s devastating.”

Also, the victim may have little choice but to stay in contact if the offender is a boss, teacher, coach or relative. The victim would also distinguish between what is safe, – taking a photograph with the abuser for instance, and what they must avoid – going to his hotel room.

When her story doesn’t add up

Many times, holes are poked into rape stories because details such as time, place etc do not match.  Mr. Moore’s Senate campaign questioned details of the story of Beverly Nelson who came forward to say t

Similarly, Mr. Moore’s Senate campaign has questioned details in the story of Beverlat he forcibly groped her in a car in the late 1970s. They said she was wrong about details like what time the restaurant where they met closed and whether there were Dumpsters in back of the restaurant or on the side.

However, James Hopper, a psychologist and teaching associate at Harvard Medical School, says that memory fades with time, and when the brain’s defense circuitry is activated, the prefrontal cortex, which normally directs attention, can be rapidly impaired, affecting what information is recorded in memory. So, the victim may remember a wallpaper pattern or a heightened sensation, but not the order of events. Even when the brain vividly records traumatic events, he said, it can sustain “super-encoding mode” for only a limited time before that function also becomes impaired.

In essence, the bits of information may be accurate but disordered and incomplete.

When she didn’t fight back

Women are not conditioned to use violence, but somehow, this truth evades people who ask why a person did not resist. Usually, before statements like this are made, both sides acknowledge that a sexual act occurred. Now, the question is whether it was consensual. Fighting back is viewed as the litmus test for this.

Ms. Valliere says that “Men and women both tend to compare a victim’s actions with what they think they themselves would have done in a similar situation, and research shows that their imagined response usually involves aggressive resistance — even when the attacker is larger and stronger. In their heads, suddenly they know kung fu”.

Research in the area of Neurobiology has shown that the so-called fight-or-flight response to danger would be more accurate if it was called “fight-flight-or-freeze”. This is because after the initial response, victims can be rendered involuntarily immobile. They could also become paralysed or limp as a result of the brain and body’s response.

However, victims continue to face scrutiny over their failure to resist.

To contrast sexual assault with other types of crime, Ms. Valliere said, she often shows a photograph of the Boston Marathon bombing. “We never said to the victims, ‘Why were you in that marathon, why did you put yourself in that position, why didn’t you run faster, why didn’t you run slower?’

“But when it comes to a victim of interpersonal violence,” she added, “we think there’s a way they should act.”

This article was written by Blessing Iyamadiken with excerpts gotten from New York Times.

Previous articleMoroccan Woman Cooked Ex-Lover And Served Him To Construction Workers
Next articleSkinny Girl In Transit Season 5 Episode 3 – Mide Has A Son???