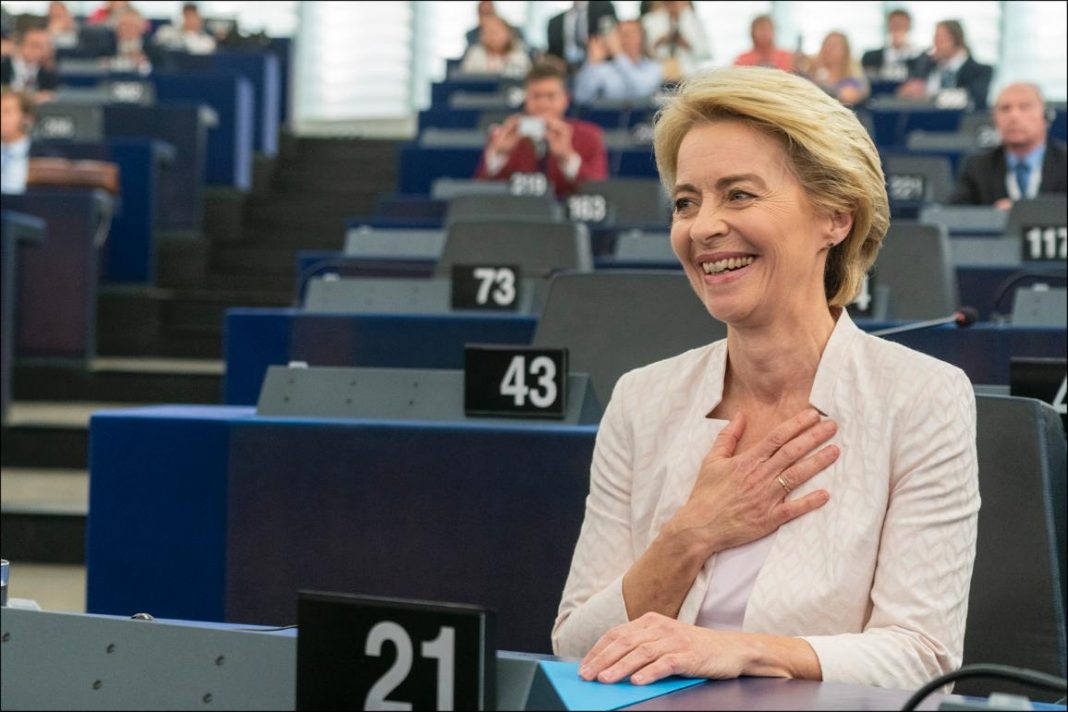 Her father, Ernst Albrecht worked as one of the first European civil servants from the establishment of the European Commission in 1958; first as chef de cabinet to the European commissioner for competition Hans von der Groeben in the Hallstein Commission, and then as director-general of the Directorate-General for Competition from 1967 to 1970. She was brought up bilingually in French and German and moved to Hanover in 1971 when her father entered politics to become Minister-President of the state of Lower Saxony in 1976.

In 1977, Ursula von der Leyen started studying Economics at the University of Göttingen but fled after a year at the height of the fear of communist terrorism in West Germany. She enrolled at the London School of Economics in 1978 and had to live under the name Rose Ladson, the family name of her American great-grandmother from Charleston, South Carolina at the time due to fears of being kidnapped by Red Army Faction leftist militants who were targeting German politicians and their families.

Ursula von der Leyen’s involvement in politics began in the late 1990s in Hannover where she served as a cabinet minister in the state government of Lower Saxony from 2003 to 2005.  She served in the cabinet of Christian Wulff where she was responsible for social affairs, women, family, and health.

Ursula Von der Leyen is included in Time magazine’s 100 Most Influential People of 2020.