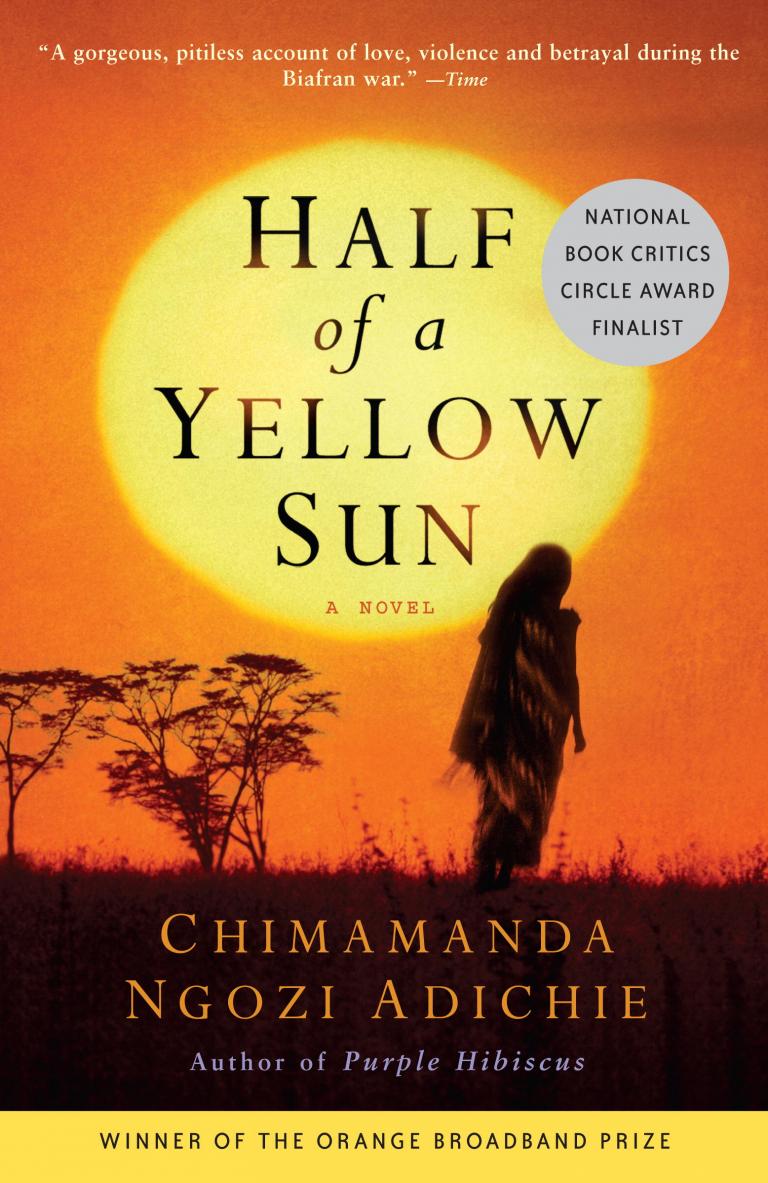 “The new Nigerian  upper-class is a collection of illiterates who read nothing and eat food they dislike at overpriced Lebanese restaurants and have social conversations around one subject: ‘How is the new car behaving?'”.

Kainene Ozobia is the twin sister of the main character Olanna in the book ‘Half of a Yellow Sun” by Chimamanda Ngozi Adichie. Kainene is described as less beautiful and less popular than her twin sister. She is extremely sarcastic and although she is in love with Richard, displaying affection is not really her thing. Kainene is the only character in the book who is lost to the war which is ironic because she is portrayed as the least vulnerable. At the end of the book, Kainene disappears leaving the reader pondering if she was killed, abducted, raped or any other one of the countless possibilities.

Many theories have been spun in an attempt to explain the significance of Kainene’s disappearance. One of the most common theory is that it symbolizes the post-war Nigeria and what many families had to go through; an unexplained disappearance of a loved one. It has been 50 years since the Biafran war and still, we are haunted by it’s effect.

A lot of people were killed during the war, but even worse, a lot of people disappeared. This means that a lot of families, especially Igbo families do not have closure on the whereabouts of their loved ones. This is such a horrible thing to go through because of the weary hope that comes with a loved one disappearing. A part of you tells you they are dead, but another part tells you they are living a good life in another city and if you wait long enough, you will hug them again one day. Some days,  all evidence points to them being dead, other days, you see a rainbow in the sky and you are convinced that it is a sign that they are still alive. You never stop looking for them, partly because you hope you will find them and partly because of the guilt you would feel if you dared to stop searching. You never let go of their belongings and you run out of scenarios to make up in your head. It is like a physically exhausting and  soul crushing journey that often leads nowhere.

Sadly, this is the reality of many families in Nigeria. It is not just the Biafran war that has caused unexplained disappearances in Nigeria as the insecurity in the Northeast has also contributed to this problem. About 22,000 persons, mostly minors had been reported missing by the International Committee of the Red Cross (ICRC) at the end of 2019.

When we ask the question “Where is Kainene?”, we are asking that any event such as the Biafran war that could take our loved ones and leave us full of hope and misery should never happen again. We are not just asking for answers, we are asking for peace.