Weddings are beginning to take off after the pandemic, and more Aso Ebi styles are being released as Nigerian women keep proving that when it comes to style, they are a force to be reckoned with.
Read more

Nancy Pelosi is the 52nd Speaker of the United States House of Representatives and currently the second most powerful woman in the U.S after Vice President Kamala Harris.
Read more

I woke up last week realizing that I am where I wanted to be. What do I mean by this? Three years ago I was in the University of Lagos, just after graduating from secondary school. Before then, I took the SAT and I applied to six universities in the United States. Howard University was the first school to grant me admission. 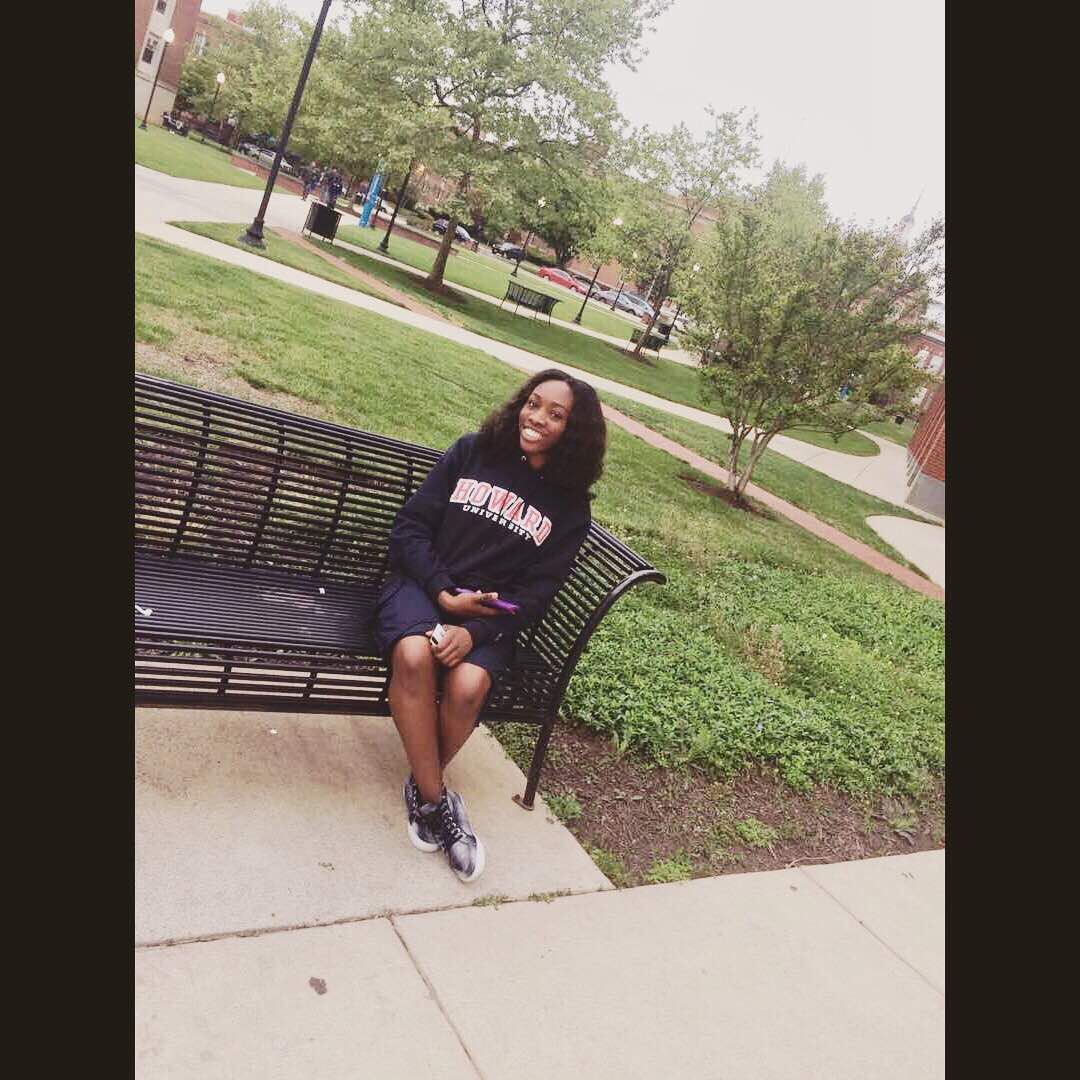 I was extremely happy because this was my dream school. I can’t recall why I loved Howard but I just did. To cut the long story short, I left the country for the U.S a week before school resumed so I could settle in. I sure was going to miss home, family and friends. I knew it was the beginning of a new chapter in my life.

Getting here, I took time to adapt. I was not only adjusting to a new culture, to new foods, or to a new environment, I was also adjusting to a new schooling system- the main reason I came. To begin with, Nigeria’s grading system, regards a 75-100% as an A compared to that of the United States which is a 90-100%. 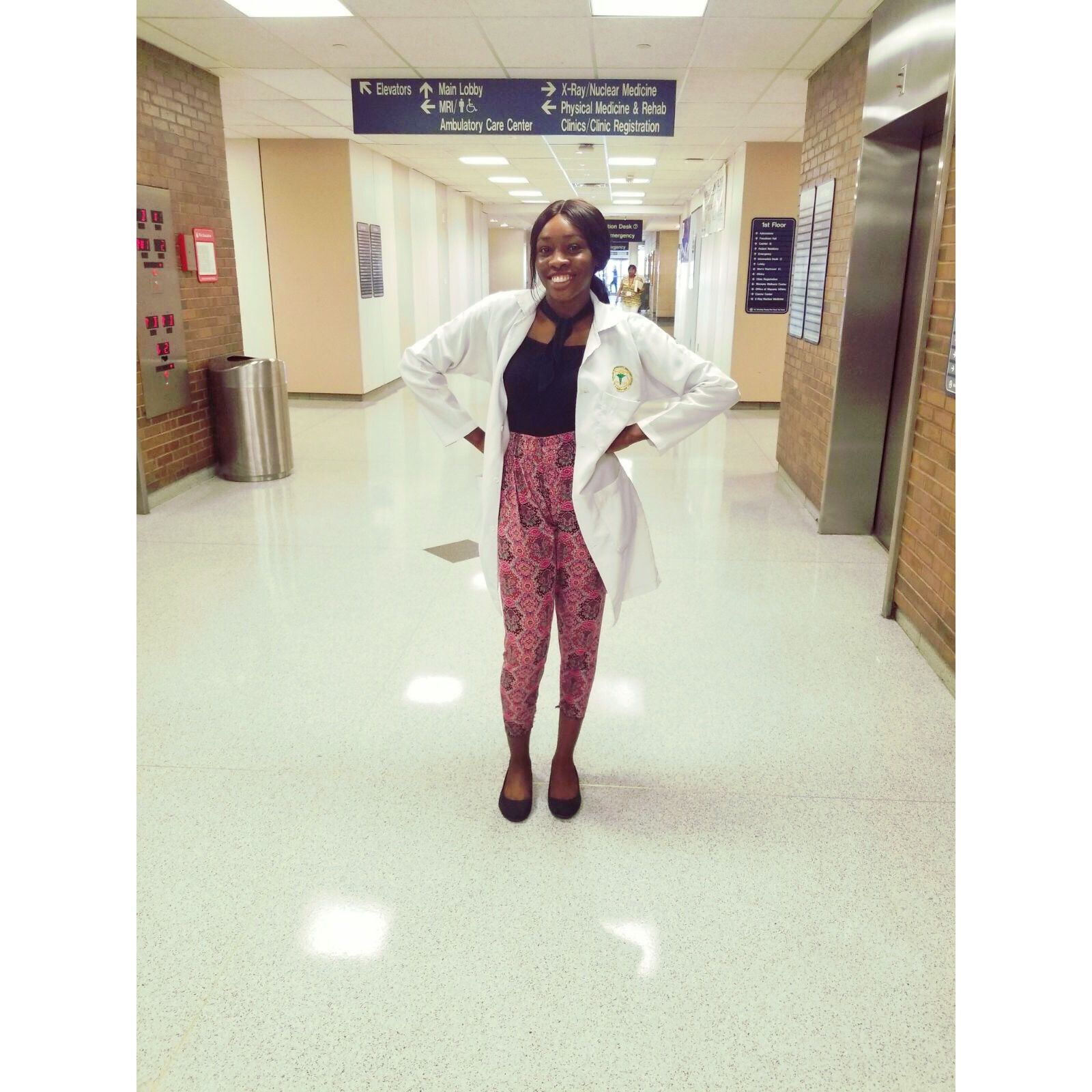 Also, in Nigeria, a few number of home works -which did not count so much towards the overall grade- were given to students in school. The overall grade for a course was based mostly on a test and a final exam. This was what I knew about schooling my entire life with the thought that colleges (what we call universities) would be slightly different.

When school resumed in August of 2015, at first it didn’t seem challenging. My professors were very friendly, they taught us very well and they always encouraged us to ask questions if we were lost. They also made time for us to come to their offices if we needed more help. 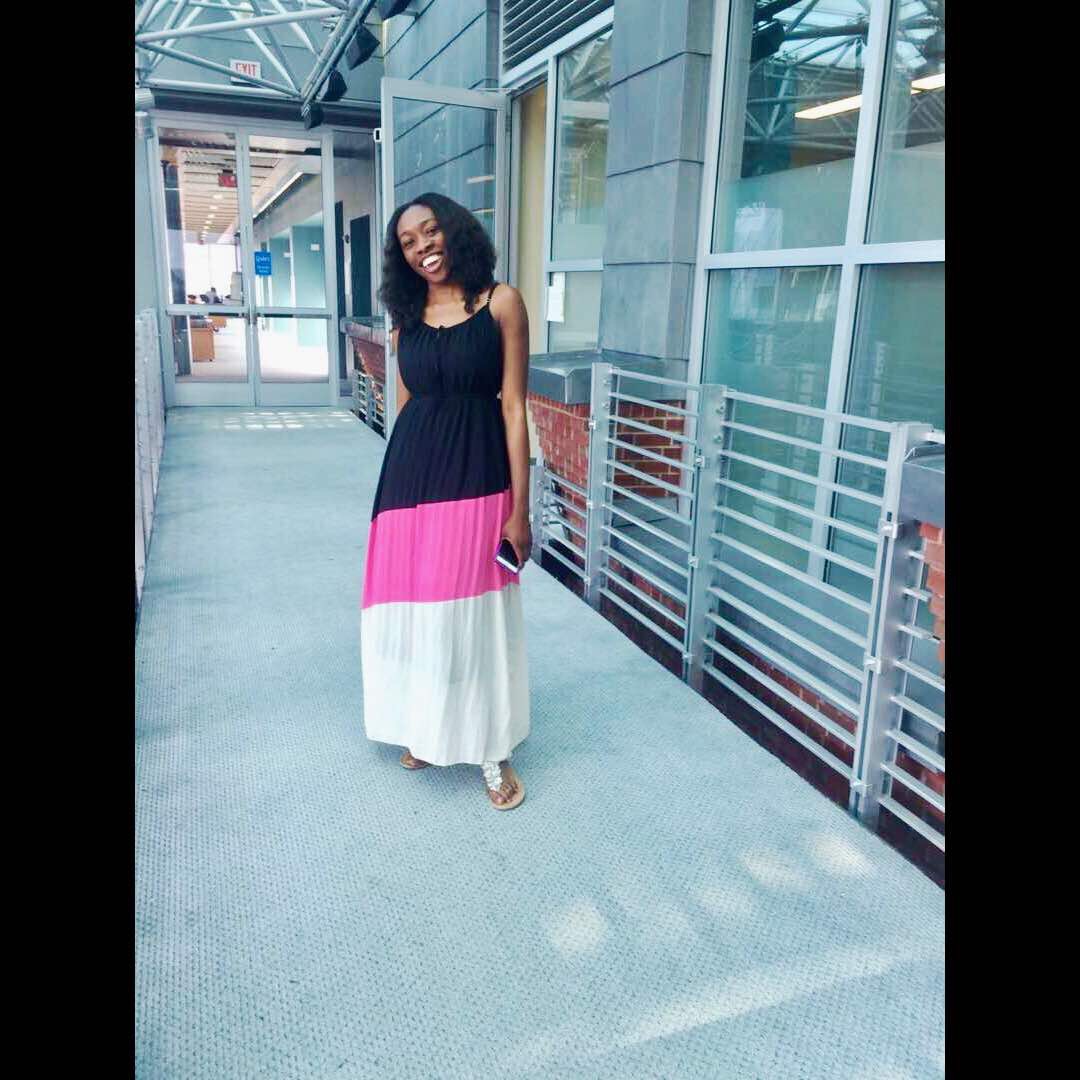 The only thing that annoyed me was the tons of assignment they gave to us every week. And because of the mentality I had from being a Unilag student for one semester, I felt that the weekly assignments did not count that much towards my overall grade. I was so accustomed to Nigeria’s education system and I thought that schooling here would not be much of a struggle; that made me a bit laid back.

After four weeks of resumption, I  started writing exams biweekly and getting my grades back; I realized that I wasn’t putting enough effort into studying. I had to constantly remind myself that I was getting Cs in most of my classes and the goal was to do excellently well.

Another thing that bothered me was the fact that I didn’t get into Howard with a scholarship. I was more concerned about getting scholarships for my undergraduate degree. So I consistently looked for outside scholarships. I spent most of my time applying for scholarships and trying to write outstanding essays.

All I really thought about was the exchange rate between dollar and naira and how much my parents had to spend on my tuition. I also lived off campus to lower my college cost. Having to get up early every morning to commute to school and be on time for my 8am classes was wearing me out. One of my 8am classes was swimming. Of course, I had no idea how to swim. Back home, swimming is not looked at as something of great importance but as a hobby.

I thought that at age 17 it would be impossible for me to excel in swimming so I assumed that swim class would ruin my GPA at the end of the semester. Although I felt this way, I made conscious effort to stay behind in the pool after every swim class to practice more. My swim instructor knew that swimming was a struggle for me and was more than happy to help me.

Asides living off campus, I had to feed myself every day. I missed eating eba and pounded yam, but it didn’t take a long time for me to adapt to the food here, except I was going to starve. I barely had time to cook, so most times I bought fast foods or snacks from McDonalds. At that point I didn’t care if I ate healthy, all that mattered was that I was surviving.

When I was half way into the semester I became used to my new life; classes were still going, I wrote more exams, I tried to study more because I needed to. No one was going to award me with scholarships if I failed. I had new friends and professors that were easy to talk to.

Courses like Chemistry and Biology were not that difficult to me because what we did in school at that time, I had already done when I was in secondary school in Nigeria. Eventually after my first and second semesters were over, my result was not as bad as I thought it would be when I started. I  had three Bs and the rest were Az.

After my freshman year, I got a research opportunity in the Chemistry department for the summer. Prior to that I was clueless about what research was all about. This research was my first job. And like most American students I now had a job. For the first week of this program, research articles were assigned to me so that I could enlighten myself on the background of what the study was about.

Truthfully speaking, I was not only lost but I was also confused. These were all new things to me; I was looking up terms I had never seen before; I also surfed the net for equipment and procedures that I could not have imagined. As I properly began the research with trained professors and graduate students, things started to unfold.

The articles I read that at first seemed like gibberish became clear. Research became interesting to me. I got paid, I gained experience and a great deal of skill over that summer break. I reapplied to continue working in the atmospheric science in my school for the next academic session.

Then Sophomore year came after summer break. At this point I was accustomed to my school’s environment and was aware of what to do to earn excellent grades. I was also introduced to a community service opportunity- which is a few blocks away from school- that year by a very close friend of mine.

We went there and still go there every Saturday mornings; it involves packaging food for home bound residents in DC. This was something I really enjoyed and continued because it fed the hunger I had in me to help people. I wanted to do more to assist the helpless. I discovered more community services I could participate in.

One of the community service I participated in was Habitat for Humanities over the preceding summer. I knew that my summer was going to be a fulfilling one because of this. I am glad I was among the people that put smiles on some people’s faces by helping them to build a home.

As a final point, I am currently an excelling junior (third year student) at Howard University, with a major in Chemistry and I have fully adapted to the school system. I eventually got an inside full scholarship from Howard due to my growth in academics. I put in more effort into studying hard; this paid off in a long run. From more practice in research, working in the lab and understanding more research papers that I read, I know that I have grown in research.

In short, I am really grateful for the background I came from because we were trained to work hard. And even though there are some differences and difficulties here in the U.S, I knew that I had to sit up and do better.

Lastly, thanks to my participation in community services, my love for helping people has developed greatly. Of course I cannot end on this note without mentioning how my father, God, has been with me through all of these. He is indeed faithful and I remain forever grateful to Him. I am very thankful for all the experiences I’ve had so far and the decisions I made to develop myself that has shaped me into who I am and has brought me to where I am today.

Whether you want to display your alumni hangout pictures or a recent family vacay, canvas prints are the best way to transform your wall and liven up your space.
Read more
Fashion

Weddings are beginning to take off after the pandemic, and more Aso Ebi styles are being released as Nigerian women keep proving that when it comes to style, they are a force to be reckoned with.
Read more
Profiles

Nancy Pelosi is the 52nd Speaker of the United States House of Representatives and currently the second most powerful woman in the U.S after Vice President Kamala Harris.
Read more
Profiles

Michelle Lieberman is a successful practising physician. She is the daughter of Joanne Lieberman and Michael Lieberman of Silver Spring, Maryland.
Read more
Profiles

Carl Tuna Moskovitz was raised in Evansville, Indiana. Tuna was the eldest of three children born to two doctors. In high school, she was the co-valedictorian, she was also the student council president and she founded her school’s Amnesty International chapter.
Read more