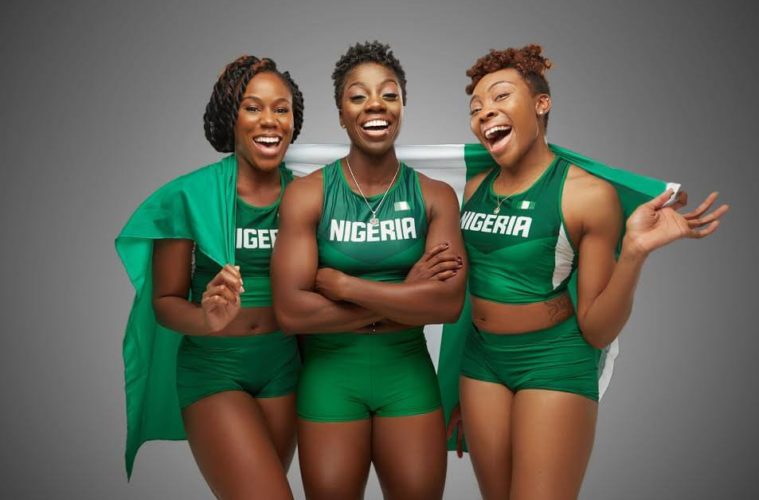 Prior to this time, Nigeria and Africa as a whole had never represented the sport of Bobsled at the Winter Olympics, however, that changed thanks to three women who decided to go against the status quo and represent Nigeria at this Year’s (2018) Winter Olympics in PyeongChang, South Korea. Seun Adigun, Ngozi Onwumere and Akuoma Omeoga shaped history and became Nigeria’s and Africa’s 1st Nigerian Bobsled Team.

According to She Leads Africa, Seun, Ngozi and Akuoma are established athletes and also engaged in different hustles, while Ngozi has background work experience in the mortgage industry and is now a full-time student pursuing a Doctoral degree. Akuoma is the brakeman for the Nigerian Women’s Bobsled Team and also works as a healthcare recruiter. Seun is the driver of the team and is also currently a chiropractic student. Seun is studying for a dual degree of a Doctorate of Chiropractic from Texas Chiropractic College and a Master’s of Science in Exercise & Health Science University of Houston Clear Lake.

Born to Nigerian parents, but all residing in the USA, they were hosted to a farewell dinner in Lagos on the 2nd of February before departing for South Korea for the Olympics which lasted between the 9th and 25th of February.

They also had a lot of fun on the Ellen DeGeneres show where they were interviewed on Bobsleighing, their history, a bit on their lives, their decision to represent Nigeria, and how they were able to fund their training and training equipment (they were able to set up a Gofund, raising up to $75000 before snagging sponsorship from Global Brands such as Underarmour and Visa)

At the Games itself, The Nigerian Bobsled women on Wednesday, February 21 raced an average time of 78.58 seconds in Women’s Heat 3 and 4 to miss out on the medals at the 2018 Winter Olympics.

With Akuoma Omeoga missing after falling ill overnight, Ngozi Onwumere was the brakeman for Team Nigeria while as usual, Seun Adigun was the driver.

They fell straight to 19th after the Start in a time of 5.59s and maintained that position after Split 1 in a time of 15.45.

Germany had Gold, while the United States of America and Canada went home with the Silver medal and Bronze respectively.

Despite ending their Winter Olympics campaign without a medal, the Nigeria women’s bobsled team still left with their heads held high after arguably laying the foundations for future participation for Nigerians and Africans in the sport of Bobsleighing.