All You Need To Know About Lucinda Southworth 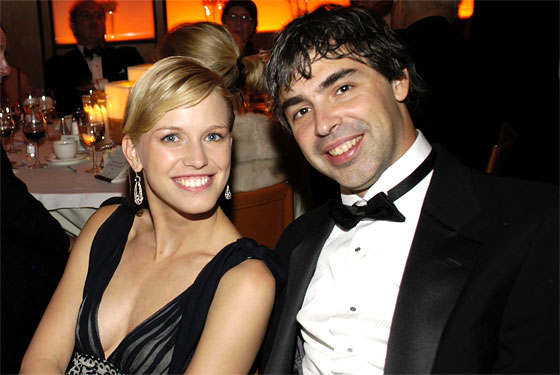 Lucinda Southworth is an American Scientist, Researcher and Philanthropist. She is married to Larry Page, the co-founder and former Chief Executive Officer (CEO) of Google. He (Larry Page) also served as the CEO of Google’s parent company, Alphabet Inc until 2019.

Lucinda Southworth was born on the 24th of May, 1979 in the United States to Dr. Van Roy Southworth and Dr Cathy McClain. Her father, Dr. Van Roy Southworth, holds a PhD from Stanford University and works at the World Bank. Her mother, Dr. Cathy McLain, is an educational psychologist.  Her mother (Dr Cathy McClain) also founded the McLain Associations for Children in the Republic of Georgia, and Stepping Stones International Organization in the United  States – both NGOs are committed to providing help for mentally and physically handicapped children. Lucinda Southworth has an elder sister named Carrie who is a model and an actress popular for playing the role of Dr Claire Simpson in the show ‘General Hospital: Night Shift’.

Lucinda Southworth attended and obtained her undergraduate degree from the University of Pennsylvania. Upon graduation, she proceeded to  the University of Oxford, where she obtained an MSc degree, on the study and data analysis of Eukaryotic organisms. She also completed her PhD in Biomedical Informatics at Stanford University.

Lucinda Southworth and Larry Page began dating in 2006. On December 8, 2007, they got married on Necker Island, a secluded island in the Caribbean owned by billionaire and Virgin Group founder Sir Richard Branson, who was also Page’s Best Man. The couple flew in over 600 other guests on Page’s private Boeing 767 to the private island and the wedding was witnessed by many stars including Oprah Winfrey and current president Donald Trump. The couple have two children, born in 2009 and 2011.

Together, Lucinda  Southworth and her husband founded their own charity organization called the Carl Victor Page Memorial Foundation and the couple announced that they donated $15 million to help fight the Ebola virus epidemic in West Africa. In addition to her and her husband’s philanthropic efforts, she also actively works with her mother’s charitable organizations and has previously worked with medical relief charities in West Africa.

Together, Lucinda and Larry Page have a net worth that is estimated to be around $50 billion. Her husband is estimated to be worth about 69.4 billion dollars making him the 13th richest man in the world according to Forbes in 2020.

Read Also: All You Need To Know About Nita Mukesh Ambani, One Of The Most Influential Women In Asia

Previous articleAnne Wojcicki Biography
Next articleWomen in Politics: How Society Can Amplify Their Voices