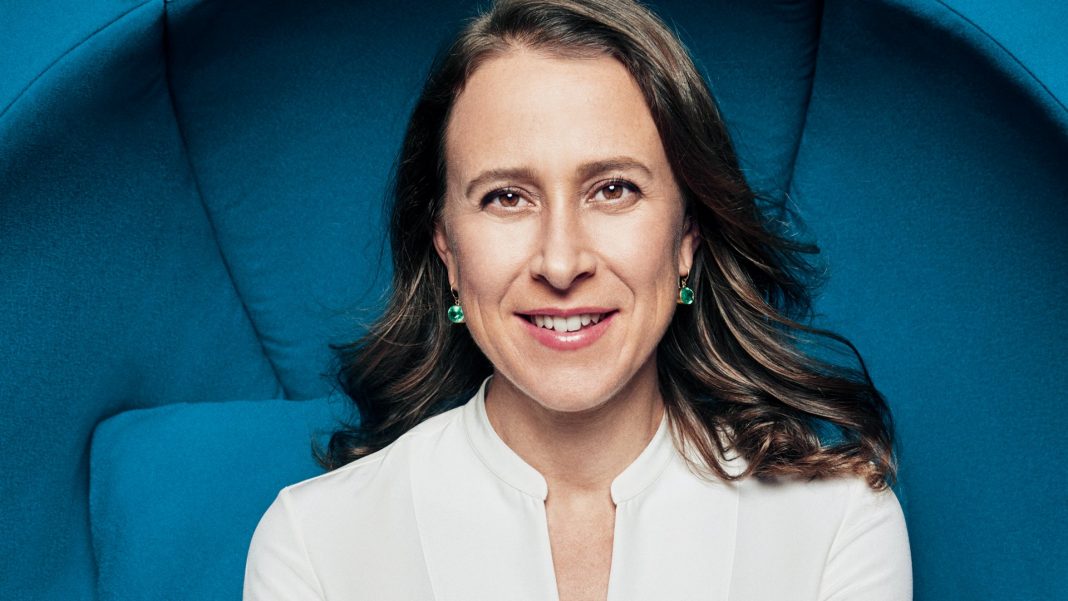 Anne Wojcicki is an American business woman who co-founded and also serves as CEO of the personal genomics company 23andMe. She is also a co-founder and board member of the Breakthrough Prize.

Anne Wojcicki was born July 28, 1973 in Palto Alto, California. Her parents are Esther Wojcicki, an educator of Russian-Jewish descent, and Stanley Wojcicki, a Polish-born physics professor emeritus at Stanford University. Her grandfather, Franciszek Wójcicki, was a politician of the People’s Party and Polish People’s Party who was elected MP during the Polish legislative election, 1947. Her grandmother, Janina Wójcicka Hoskins, was a Polish-American librarian at the Library of Congress and was responsible for building the largest collection of Polish material in the United States of America.

As a result of her father’s affiliation with the institution, Anne Wojcicki grew up in the Stanford University campus alongside her two older sisters. Her two sisters are Susan Wojcicki who is the CEO of YouTube and a former executive at Google,  and Janet Wojcicki, who is an anthropologist at the University of California, San Francisco. By the time Anne was only two years old, she began learned how to figure skate, and later started playing ice hockey.

For her high school education, Anne Wojcicki attended Gunn High School in Palo Alto, California, and during her time there, served as an editor for The Oracle, the school newspaper, and won a scholarship for her sports stories. She then attended Yale University, where she was a competitive ice skater and also played on the varsity women’s ice hockey team. In 1996, she graduated with a Bachelor Degree in biology and proceeded to carry out molecular biology research at the National Institutes of Health and the University of California, San Diego.

After her graduation, Anne Wojcicki began work as a health care consultant at Passport Capital, a San Francisco-based investment fund and at Investor AB. She was a health care investment analyst for 4 years, overseeing health care investments, focusing on biotechnology companies. Disillusioned by the culture of Wall Street and its attitude towards health care, she quit in 2000, intending to take the MCAT and enrol in medical school. Instead, she decided to focus on research.

Her company, 23andMe was founded  in 2006, along with Linda Avey. 23andMe is a privately held personal genomics and biotechnology company, based in Sunnyvale, California, that provides genetic testing. The company’s name represents the 23 pairs of chromosomes in a normal human cell.

In 2008, Time Magazine named the 23andMe personal genome test kit was named the “Invention of the Year” . From 2015, the FDA started to give approval to 23andMe’s health-related tests, including risk from diseases like anaemia, Parkinson’s ,  cystic fibrosis, sickle cell  certain cancers, Alzheimer’s, and coeliac disease. In 2018, 23andMe entered into a four-year collaboration with GlaxoSmithKline to develop new medicines.

Wojcicki is also a member of the Xconomists, an ad hoc team of editorial advisors for the tech news and media company, Xconomy. In October 2013, Fast Company named Wojcicki “The Most Daring CEO”.

In May 2007, Anne Wojcicki got married to Google co-founder Sergey Brin . The couple welcomed their first child (a boy), Benji Wojin, in December 2008, and  their daughter, Chloe Wojin, was born in 2011. The couple separated and stopped living together in 2013, and finalized their divorce in 2015. Although divorced, Anne and Brin both run The Brin Wojcicki Foundation. The foundation has made several donations to The Michael J. Fox Foundation and in 2009 gave $1 million to support the Hebrew Immigrant Aid Society.