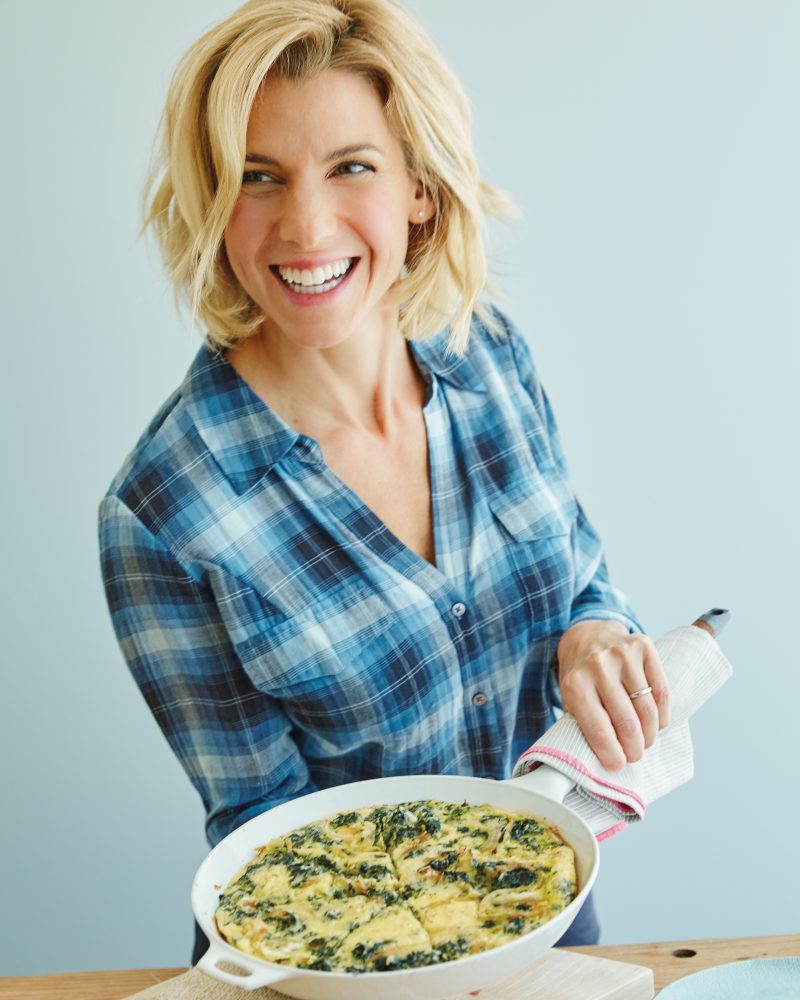 Jessica Seinfield was born Nina Danielle Sklar in Oyster Bay, New York, on September 12, 1971. She is the middle child of three daughters to a Computer Software engineer father and a mother that was a Victims Service Advocate for over fifty years and an attendance officer at Hunt Middle School.

She graduated from the University of Vermont and subsequently worked in public relations for Golden Books Entertainment and Tommy.

Jessica Seinfield is famously married to Jerry Seinfeld, and together they have 3 children – Daughter Sascha, born November 7, 2000; son Julian Kal born on March 1, 2003; and Shepherd Kellen who was born on August 22, 2005.

Jessica Seinfield published her first book titled ‘Deceptively Delicious: Simple Secrets to Get Your Kids Eating Good Food’ in 2007. The book contains recipes and strategies for making healthy food likeable to young children had a foreword written by Dr Mehmet Oz and Dr Roxana Mehran. The nutritional advice was contributed by Joy Bauer. The book controversially had a lawsuit instituted against Jessica Seinfeld by Missy Chase Lapine, the author of the cookbook, ‘The Sneaky Chef’, published by ‘Running Press’ for copyright and trademark infringement. It was a major success regardless; becoming the No.1 on the ‘New York Times bestseller list where it remained for as long as five months. It also became a top seller ‘Amazon’ and climbed to the No.2 spot on USA Today’s list of bestsellers. The book also got featured on The Oprah Winfrey Show.

Her second cookbook, ‘Double Delicious! Good, Simple Food for Busy, Complicated Lives, was released in October 2010. Again it featured on The Oprah Winfrey Show and it contained recipes incorporating healthy twists to conventional dishes, this time for the entire family. It too was a best seller and this prompted Jessica to launch a website ‘Do it Delicious’ which is aimed at novice cooks.

Jessica Seinfield released her third book, ‘They Can’t Cook Book’ in 2013 and it contained what she described as “100 recipes for the absolutely terrified”.

Jessica’s fourth book, Food Swings: 125+ Recipes to Enjoy Your Life of Virtue & Vice’, was published in 2017 and it contains a mix of both practical and indulgent videos.

In 2001, after the birth of her first child and with the realization that she had a lot of baby items she needed to give out, she founded Baby Buggy, a charitable organization aimed at helping needy families to access the essentials required for safeguarding their safety and wellbeing. As of 2013, Baby Buggy has donated over six million items to families in New York since its inception.

Jessica renamed her foundation, Baby Buggy, to ‘Good Plus Foundation’. Stating in an interview with Good Morning America’s George Stephanopoulos that ‘it had outgrown its name and needed to do justice to its wider horizons in charitable work.’ The foundation now partners with over 100 carefully selected community-based organizations engaged in diverse charitable activities.