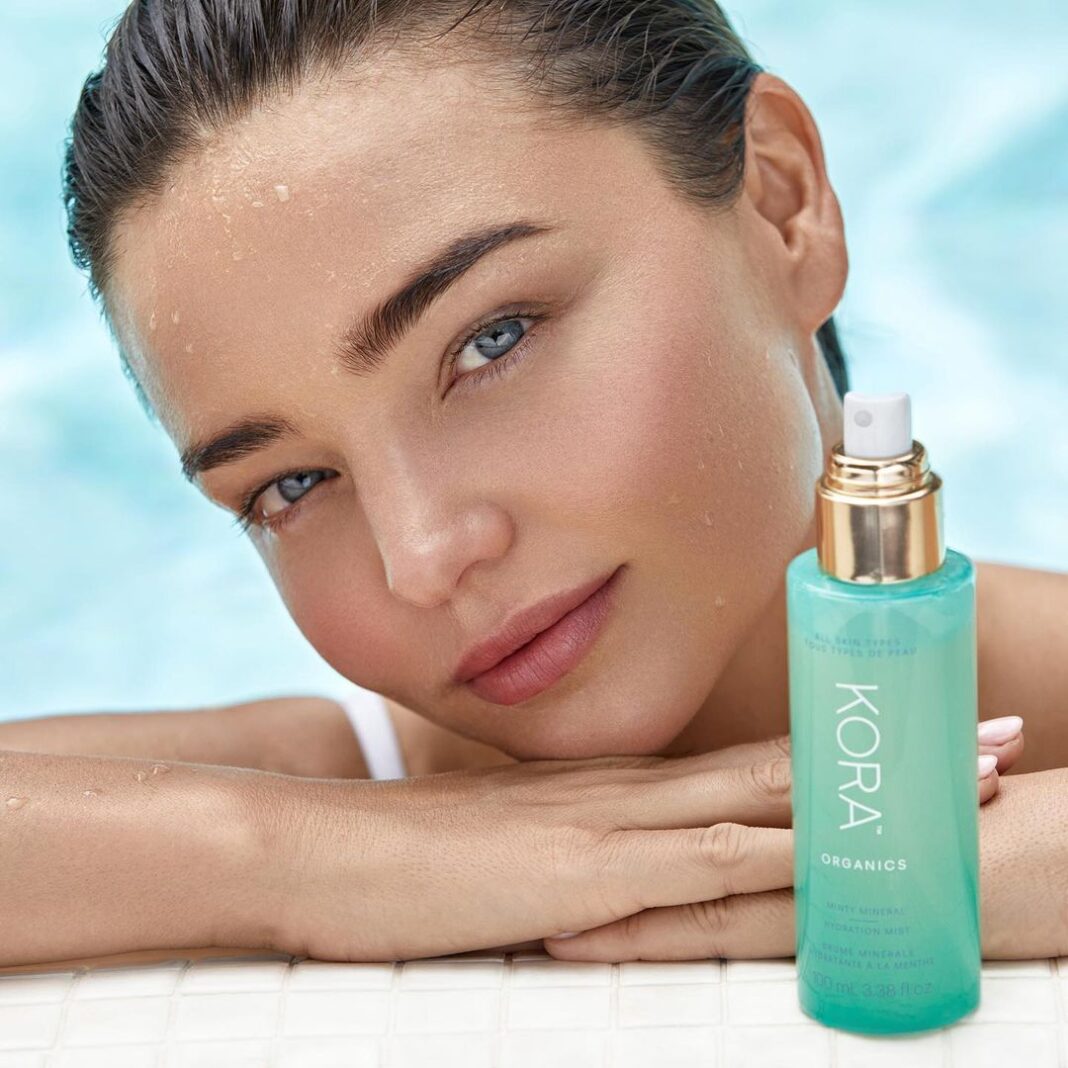 Miranda Kerr was born Miranda May Kerr on the 20th of April 1983 in Sydney, New South Wales, Australia but was raised and grew up in Gunnedah, New South Wales. She is currently the founder of Kora Organics, an organic skincare brand she founded in 2009 and Miranda Kerr Home Furniture.

Most of her early childhood was spent on her grandma’s farm where, according to her, she “raced motorbikes and rode horses on her grandmother’s farm”.

Her family moved to Brisbane, Queensland to allow her and her younger brother to experience city life. Her early childhood education was at Brisbane, Queensland where she graduated from All Hallows’ School in 2000. She further studied nutrition and health psychology before pursuing a career in modelling.

Her modelling career began at a young age. When she was 13, she entered and won the 1997 annual Dolly magazine/Impulse model competition. An achievement that caused a lot of media outrage due to her young age. She then signed to Chic Management’s Sydney division and received considerable commercial exposure after a series of beachwear ads predominantly for Australian surf chain Billabong.

She was also the brand ambassador of Seafolly, Australia’s most recognised swimwear brand. After modelling successfully in Australia and Japan, Miranda Kerr relocated to New York City in 2004 to further push her modelling career where she acquired a minority stake in the music venue Bowery Ballroom.

While in New York, Miranda Kerr signed with Next Management where she had a series of runway appearances in 2004. She subsequently caught the attention of other brands and was booked for runway and print campaigns for labels including Alex Perry, Baby Phat, Lisa Ho, Voodoo Dolls, Levi’s, Bettina Liano, Nicola Finetti, L.A.M.B., Heatherette, Betsey Johnson, Trelise Cooper, Jets, John Richmond, Blumarine Swimwear, Neiman Marcus, Anna Molinari, Rock and Republic, Roberto Cavalli, and Ober Jeans. She also featured for print in magazines such as Elle Girl, Vogue Australia and Harper’s Bazaar.

Her work caught the attention of American cosmetics brand Maybelline New York which further boosted her reputation in the modelling industry.

Kerr became the new face of the fragrance Clinique Happy and signed a six-figure deal to be the new face of Australian department store David Jones, replacing model Megan Gale in 2008. In the same year, she also appeared on the cover of British Harper’s Bazaar. This earned her an estimated $3.5 million over the previous 12 months, placing Kerr at No. 10 on the list of the world’s top-earning models by Forbes.

In October 2009, Miranda Kerr launched her brand of organic skincare products, KORA Organics, with George Moskos, and became the face for the company. Kerr also released an inspirational self-esteem, self-help book, Treasure Yourself, aimed at female teenagers. In the same year, she also shot a spring/summer ad campaign for XOXO. This made her appear in Forbes’s 2009 list of the world’s highest-paid models, ranking No. 9 with estimated earnings of $3 million. She left Next to sign with IMG Models.

In 2010, Kerr appeared in the Pirelli Calendar, photographed by Terry Richardson in Bahia, Brazil. While her work with Victoria’s Secret helped push her career as a model, it was her work with Balenciaga that launched her high fashion modelling career when casting directors Ashley Brokaw and designer Nicolas Ghesquière chose her to walk exclusively for the brand’s spring 2010 runway show. It was her first time modelling for a high fashion brand and this opened the door for other high fashion brands, notably Prada for their fall 2010 collection in Milan alongside fellow Angels Doutzen Kroes and Alessandra Ambrosio.

Miranda Kerr became the first pregnant model for Vogue when featured in Vogue Australia when she featured for the magazine while six months pregnant in January 2011. In March of the same year, two months after giving birth, she walked for Balenciaga’s fall 2011 ready-to-wear collection as part of Paris Fashion Week. Kerr walked for Dior in October at Paris Fashion Week S/S12, for Lanvin, Chanel, John Galliano, Stella McCartney, Viktor & Rolf and Loewe. She was chosen to present the $2.5 million Victoria’s Secret Fantasy Treasure Bra for their fashion show in November of the same year.

In January 2012, she was named ambassador for Qantas. In March walked for Chanel and Miu Miu at Fall/Winter Paris Fashion Week. She also featured for Numéro Tokyo for their June cover, shot by Nino Muñoz. She also appeared on the cover of Vogue Turkey and in November, was named the new face of high street brand Mango, replacing Kate Moss for its spring/summer 2013 campaign.

In 2013, she was ranked No. 2 in Forbes 2013 list of the world’s highest-paid models, with estimated earnings of $7.2 million, $3.2 million more and a jump of five places in the list from the previous year. In October of the same year, she was named the face of Austrian crystal house Swarovski for their fall 2013 campaign, and that December she starred in social shopping website ShopStyle’s first national campaign.

From 2014, Miranda Kerr has been the face of Swedish clothing brand H&M; featured in high-profile campaigns for Reebok and Wonderbra; become the face of the Escada fragrance, Joyful; feature on the February 2015 issue of American Harper’s Bazaar; design a jewellery line with Swarovski, having served as the face of the brand since 2013; feature on the December cover of Vogue Thailand, the first Australian model to do so; and featured on international covers of Elle, Harper’s Bazaar, Madame Figaro and L’Officiel.