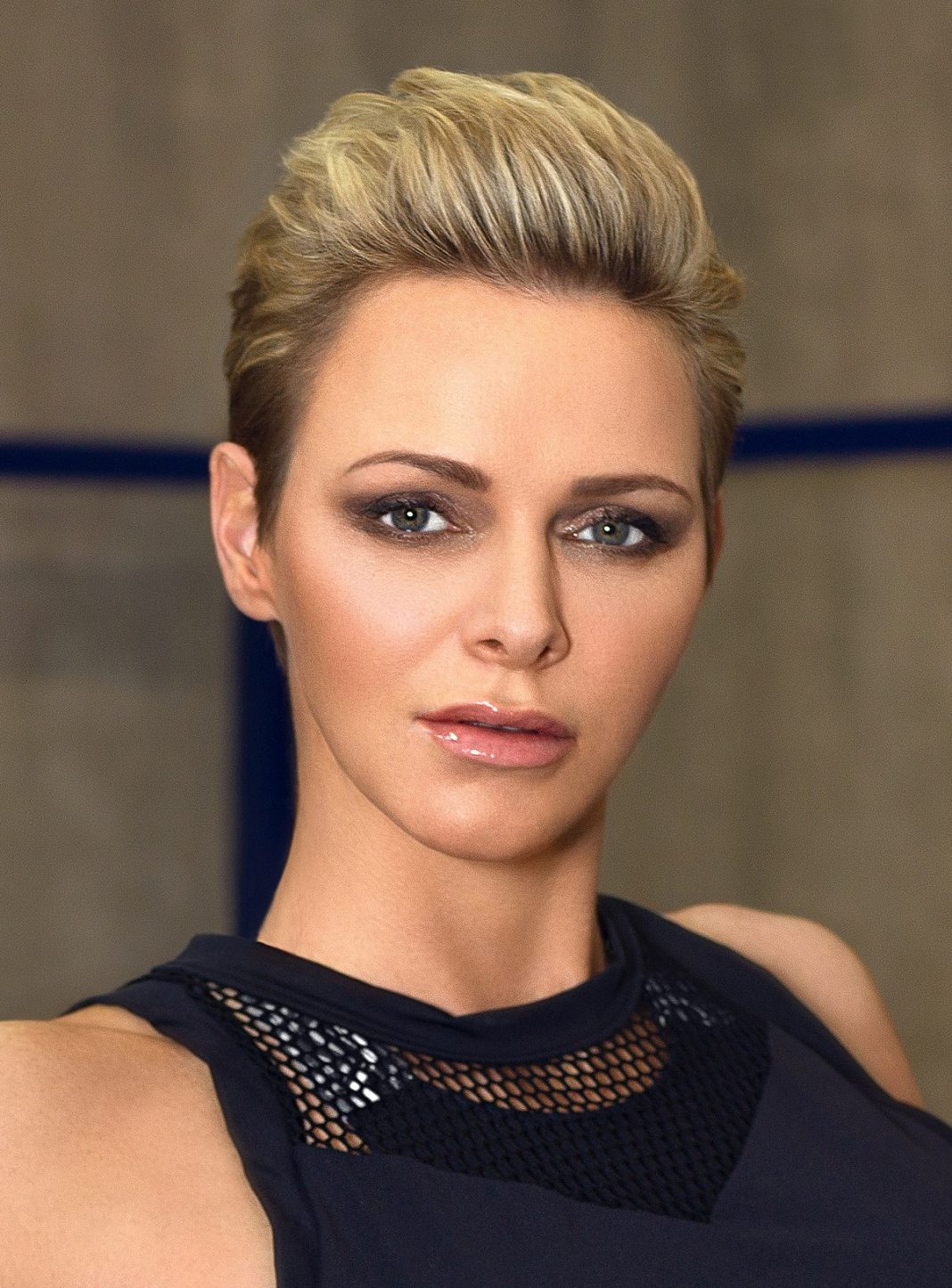 Charlene Lynette Wittstock is the Princess of Monaco and a former Olympic swimmer. Charlene was born on January 25, 1978, in Bulawayo, Rhodesia (now Zimbabwe) to Michael Kenneth Wittstock, a sales manager, and Lynette Wittstock, a former competitive diver and swimming coach. Her family relocated to South Africa in 1989 when she was 12.

With her mum coaching her, Charlene’s swimming career began in 1996, winning the South African Championship. Wittstock won three gold medals and a silver medal at the 1999 All-Africa Games in Johannesburg. She represented South Africa at the 1998 and 2002 Commonwealth Games, winning a silver medal in the 4 × 100m medley relay in 2002.

On 13 April 2007, Wittstock regained her title as South Africa’s 50-metre women’s backstroke champion when she completed the 50m backstroke final at the Telkom SA National Aquatic Championships in 30:16 seconds, to finish third; Charlene later retired from professional swimming in 2007. Although she planned to compete in the 2008 Summer Olympics in China as her final bow, she sadly did not qualify for the event.

Charlene met Prince Albert at the Mare Nostrum swimming competition in Monte Carlo in 2000. The couple married on July 1st 2011 in a televised wedding. On 10 December 2014, she gave birth to twins Princess Gabriella and Hereditary Prince Jacques.

In 2012, she founded the Princess Charlene of Monaco Foundation, with a mission to put an end to drowning using childhood awareness and preventative measures. Charlene’s charity work primarily focuses on sports, underprivileged children, & AIDS. Throughout her career, Wittstock gave swimming lessons to underprivileged children.

Since 2010, Princess Charlene has been associated with the Nelson Mandela Foundation. In May 2011, she became a global ambassador for the Special Olympics, promoting inclusion and respect for people with intellectual disabilities globally. She stated that as a former athlete, the movement is close to her heart and she values the power of sport to change lives.

In July 2011, Princess Charlene became a co-patron of Giving Organisations Trust, a group of South African charities that work with AIDS, underprivileged children, and environmentalism. She is currently the honorary president of Monaco Against Autism. In 2012, Princess Charlene became the patron of AS Rugby Monaco and also the honorary president of Monaco Liver Disorder and the MONAA association.

Charlene was the recipient of the “Champion of Children” Award for her commitment to children’s rights. Charlene partnered with the Pontifical Council and attended the 20th Annual Conference for Healthcare Workers at the Vatican, where she spoke about efforts against the global drowning epidemic.

In June 2020, her foundation made masks for residents of Monaco amidst the COVID-19 pandemic. Princess Charlene also took meetings with Paralympic athletes and visited the Ai la foundation, a rehabilitation centre for children with hearing defects.

Though Princess Charlene may have moved up in the world, she never forgot her friends from where she came from. This includes Academy award-winning actress, Charlize Theron as they both grew up in a small town called Benoni on the outskirts of Johannesburg.

Another pal of hers is South African Olympic swimmer Ryk Neethling; In 2017, she appointed him as the CEO of the Princess Charlene of Monaco’s foundation.

Also, Jason Hartman, the Idols South Africa reality show winner who got to know Charlene during his rise to fame. She eventually asked him to perform at her wedding celebrations in Monaco years later.