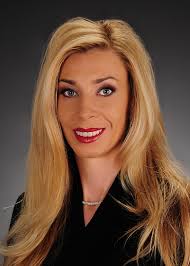 Melani A. Lowman Walton was born in July 1974, she grew up in Montana. She is the third wife of Rob Walton, the chairman of Walmart. They got married in 2005.

Melani Walton has a B.Sc. from Dickinson State University, North Dakota. Melani Lowman is also a former athletic trainer and basketball coach. She also has worked in commercial real estate.

She sits on the boards of the Arizona Science Center and Phoenix Children’s Hospital Foundation.

Rob and Melani Walton live in Paradise Valley, Arizona. They share a passion for vintage racing cars. They also race and tour vintage sports cars. Melani A. Lowman Walton has also made some political contributions, since September 2010, Melani Walton has given $14,900 to Republican politicians.

She and her husband have also been active in community outreaches and projects as Melani Lowman manages the Walton Family Foundation, which contributed towards the Phoenix Theater at the Dickinson State University (Melani’s alma mater) as the Walton Family gave the university a $1 million donation in 2008 at the recommendation of Rob and Melani Walton. As a result of the gift, a portion of the school’s activities centre will be named the Lowman-Walton Concourse.

Melani Lowman Walton and Rob Walton actively take part in philanthropic endeavours, and they even created the Rob and Melani Walton Foundation. It aims to provide grants to partners whose goal is to have a greater impact.

Melani Walton was also a board member of the Arizona Science Center, one of the board of directors of the Phoenix Children’s Hospital Foundation.

Melani was also involved in the Arizona State University Women in Philanthropy, Conservation International, The Nature Conservancy of Arizona, and the Dickinson State University Development Foundation.

Read Also: All You Need To Know About Amal Clooney