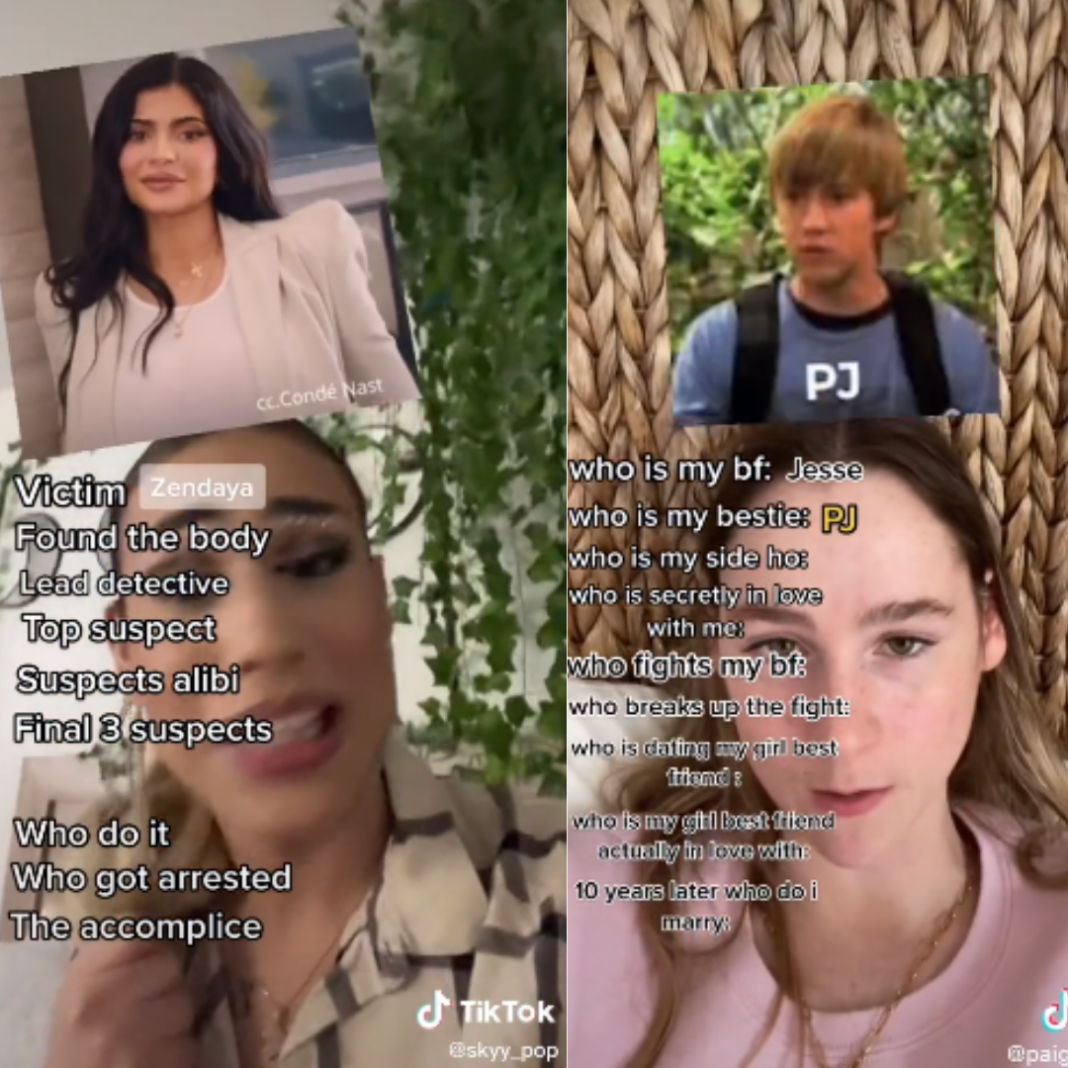 TikTok’s celebrity generator filter has been exploited to build up murder mystery narrative lines in over 30k videos. Before letting the filter produce a celebrity image at random, users set up questions like “who is the victim?,” “who is the investigator?,” and “who are the primary suspects?”

One TikTok user used the filter to create the ultimate murder mystery, which garnered 11 million views, 2.1 million likes, and thousands of comments like “I’m so ready for this documentary.” The victim and subject of the mystery in her video is none other than Will Smith. Khloé Kardashian discovered his body, and Oprah Winfrey is investigating his murder. The main suspects are Khloé Kardashian, Terry Crews, Kylie Jenner and Beyonce.

On TikTok, there are a number of immensely popular filters that select celebrities at random, and the app’s ever-creative users are utilizing them to construct murder mystery games and soap opera plot lines. The TikTok filters “my famous fairy godmother” and “childhood Disney lad,” among others, have been used in over 70k videos on the app.

Another user, played the same game, with her video building up the murder of Zendaya, with Tom Holland as the prime suspect (plot twist)! Seriously, this trend is freeing up space for Netflix Originals authors.

The “childhood Disney guy” filter, like the “my famous fairy godmother” filter, generates celebrity photos at random, but only Disney Channel celebrities from the 2000s.

Another user, constructed her own Hannah Montana melodrama, falling in love with Jake and having a secret romance with Jesse. “Congratulations, you’re Hannah Montana,” and “I got Jackson twice…how does it feel to be God’s favorite?” are among the hundreds of comments on the video.

As it is it looks like this filter is a guarantee to cop millions of views on TikTok.

Read Also: Where to find the “How to Murder Your Husband Blog” as Nancy Brophy Is Found Guilty