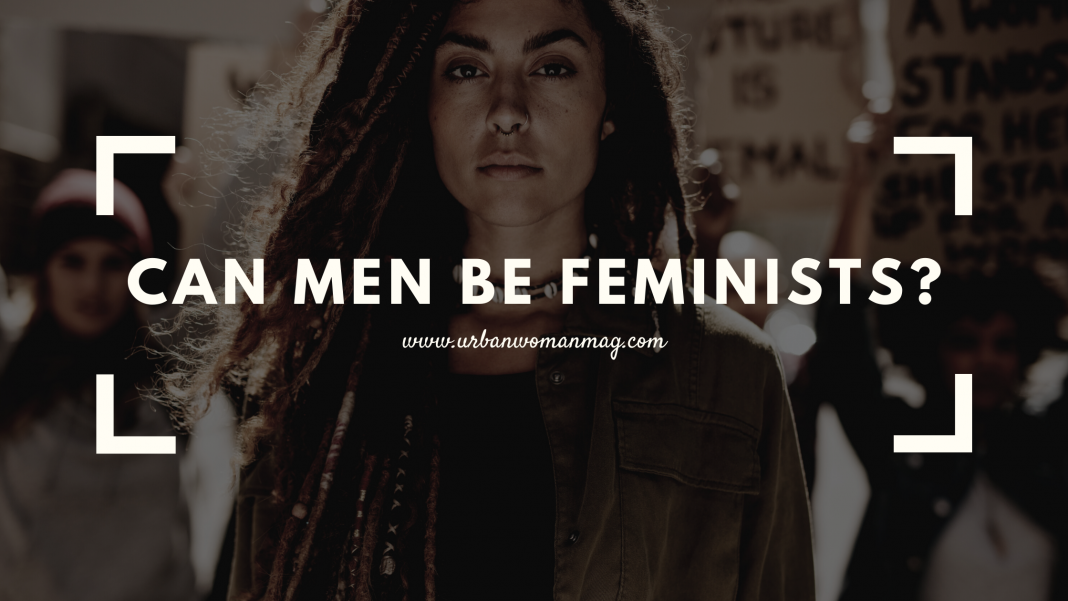 This question has been the cause of many arguments on social media. Can men be feminists or are they simply allies?

A few months ago, a popular Nigerian activist, Solomon Buchi, who in the past had allegedly referred to himself as the ‘King of Feminism’, announced on twitter that he no longer wished to be associated with feminism, citing his Christian faith to be the major reason for  this decision.

This announcement went viral with many feminists making jokes about the feminist ‘throne’ being left empty and without a ruler. Since that time, more than ever, Nigerian feminists have raised the important question on whether or not men can be feminists.

This question is not one I think can be easily cleared up with binary answers. In fact, I think that saying “Yes, men can be” or “No, men cannot be” is quite simplistic. While exploring this subject, I am less concerned about what men add or take away from the movement by identifying as feminists and more concerned with how arriving at an answer to the question impacts the movement.

I, like many feminists, hold the opinion that it is best if men do not self identify as feminists but rather as allies. Right from the time of the suffragettes, feminists have all been women and the movement has ridden on the backs of different women from generation to generation.

The movement has been many things with time, but one thing that has remained constant is the recognition of women and women’s rights as central to the movement. It only makes sense that because the movement was created for and by women, only women should bear the title. However, I’m afraid things might not be as simple as that.

When we observe the different reasons why feminists are against men being labelled feminists, it often boils down to protecting feminist spaces. We say that it is not right for men to be feminists because it gives them access to feminist spaces and even the most progressive man can still be a misogynist and harm women.

In recent times, we have seen cases of notable male feminist allies that were outed as abusers, rapists and so on. While this seems like a solid reason for feminists like me to insist that men be denied the feminist title, I worry that in the process, we are implying two things

With the first, it means that there is a criterion to becoming a feminist, one that all men do not meet. It ascribes a virtue to feminism and I find that to be a tad tricky. We often remind people that womanhood is not a virtue and a person will not be good simply because they are woman and now I can’t help but wonder if we are unknowingly allowing this in feminism.

Can a person identify with an ideology and still carry out actions that are against this ideology? There are feminists, who through homophobia, biphobia, transphobia, etc harm queer women. Yet we do not say that they cannot be feminists; at best, we ‘mock’ their feminism and tell them to unlearn their bigotry.

With the second, I think of the male allies who have recently been outed as abusers. They are not abusers because they were let into feminist spaces and earned the trust of feminists, they are abusers despite being let into these spaces.

Regardless of where these men find themselves, they present a grave danger to women, feminist or not. So when we say that men should not be feminists because of cases like this, I’m concerned that it’s not a decision that necessarily protects women.

Can men be feminists? How important is this question to the movement, and more importantly, how did you arrive at your answer?

Read Also: Gabrielle Union Advices Women To Speak Out Even At The Risk Of Getting Fired