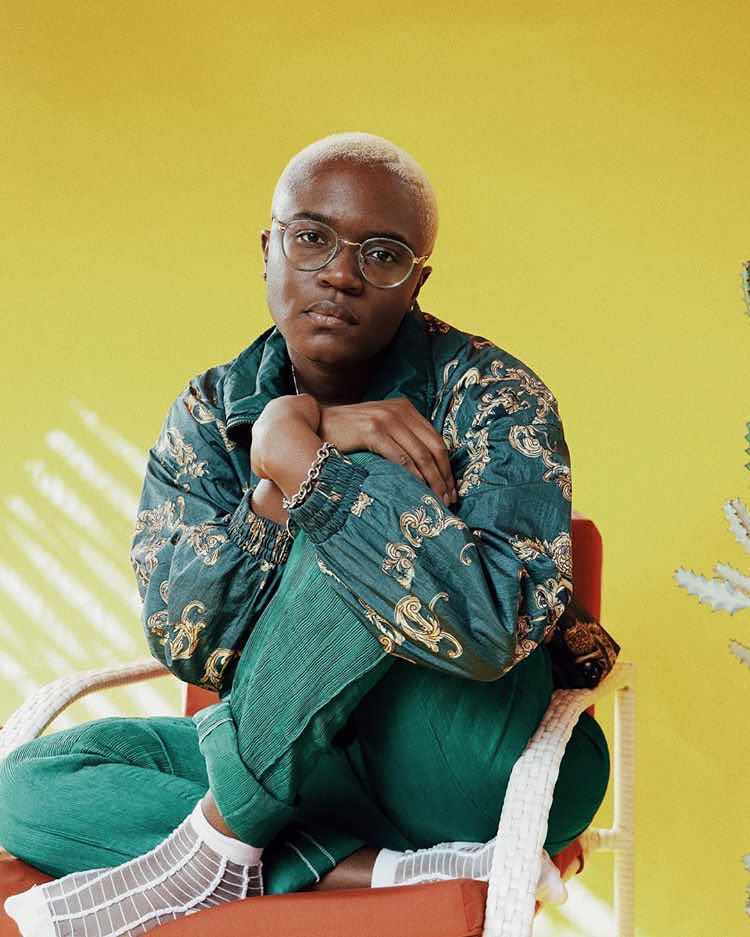 Ama Serwah Genfi, popularly known as Amaarae, was born on July 4th, 1994 in Bronx, New York, the United States of America to Ghanaian parents, Ama Bawuah and Kwadwo Boateng Genfi. She grew up in Atlanta and Accra alongside her younger sibling.

Amaarae has always had a passion for music. After writing her first song at age 13, she was positive that music was something she wanted to do professionally. Her interests in music continued to grow as she started watching a lot of music videos and drew inspiration from Usher and Kelis. According to her, Kelis’ music video for the song inspired her expression.

Amaarae continued nursing her passion and love for music throughout high school, and at 17, she took up an internship at a music studio to gain skills in music production, as a sound engineer.

She then went on to earn a bachelor’s degree in English Literature from Agnes Scott University College in Georgia, USA.

Amaarae is famous for how she represents gender and race in her music. She is very passionate about LGBTQ+ rights and how they are treated in her home country, Ghana.

In 2017, she dropped her first body of work, an EP called “PassionFruit Summers” that had 6 great tracks that introduced her special sound to the world. In 2019, she followed up by releasing a ten-track album called “B4Beginning”. Shortly after, she collaborated with Kojey radical, a British music artist on another album called “Cashmere tears”. In November 2020, she released her latest album, “The Angel you don’t know”, which was met with a grand reception and topped a lot of charts.

What distinguishes Amaarae from other new-school artists is how unique her sound is to her. In April 2018, Apple Music named her one of Africa’s Favourite New Artists. She currently owns her independent record label. In 2018, her style was recognized by Vogue Magazine, as she featured alongside three other African women speaking about her signature buzz cut hairstyle.

Another fascinating fact about the young, talented musician is that she is quite vocal. Amaarae has consistently challenged the infringement of gay rights in Ghana severally and has used her music as a form of expression to challenge the status quo in society. She is very self-aware, confident, and is comfortable in her own skin.

On March 23, 2019, Amaarae became one of the acts chosen to perform at the first-ever Boiler Room event to happen in Accra, Ghana. In October 2019, Amaarae wrote a series of short stories for OkayAfrica that contextualized her experience as a female musician in the male-dominated landscape, titled 3 Moments That Defined My Journey As a Young Woman In Search of Herself & Her Purpose. These included “Thank God Herself”, “Why Do You Hate Me?”, and “A Conversation with Alexis”.

In the series, she shared personal experiences that formed her opinion and how she handled growing in an industry full of men. So far, Amaarae has collaborated with a lot of artists, locally and internationally, including Stonebwoy, Santi, Odunsi, Buju, Wande Coal, Tems, Showdem camp, and Blaqbonez, amongst others.