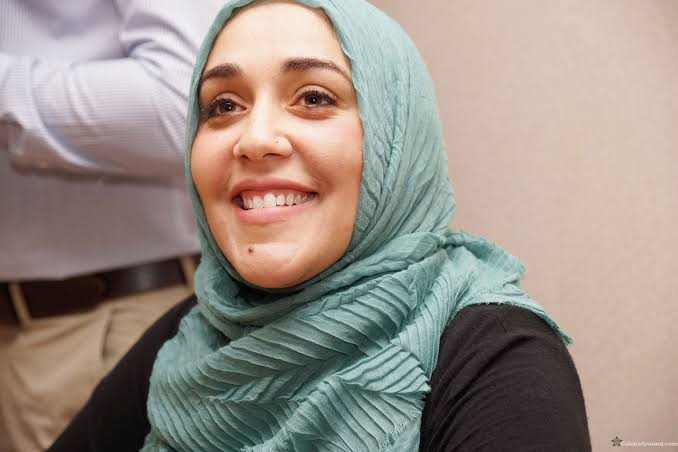 “Resilience is very different than being numb. Resilience means you experience, you feel, you fail, you hurt, you fall. But you keep going.”

Yasmin Mogahed was born on March 11, 1980, in Egypt, Africa. She is an American-Egyptian motivational speaker, passionate about spirituality, psychology, and the wellbeing and personal development of humans.

A devout Muslim, she speaks and expresses how important her religion is to her. She grew up alongside her sister, Dalia Mogahed, who is a researcher, consultant, and the current director of Research at the Institute for Social Policy and Understanding (ISPU) in Washington, D.C.

She is also an Ustadha, which is an Islamic title for people who have acquired higher knowledge of Islam from an institution of study. Yasmin Mogahed is a successful motivational speaker with over 13.1 million views and  322,000 subscribers on YouTube. On her channel, she speaks about psychology, motivation, how important spirituality is to humans, and how humans can sync all aspects of their lives through personal development and growth.

Although there isn’t a lot of information about her spouse and family on the internet, because she likes to maintain a private life outside her very active social life, Yasmin is married.

She got her bachelor’s degree from the University of Wisconsin–Madison in Psychology and earned a master’s degree in journalism and mass communication. She made history when she became the first Muslim woman to become an instructor at AlMaghrib Institute of Islamic studies in Houston, Texas, United States of America.

Yasmin Mogahed practised journalism for a while, making guest posts at the Huffington Post, and was a columnist for InFocus news for some time. She also worked as a writing instructor at Cardinal Stritch University. She is a successful author of two best-selling books, “Reclaim your heart: Personal insights on breaking free from life’s shackles” which is a self-help guide to helping people deal with life’s issues without sinking into the world and “Love & Happiness: A collection of personal reflections and quotes” which helps on self-reflection and self-development, and life lessons are both available on Amazon.

Yasmin is very passionate about the self-development of women and men into their persons, developing independent personalities outside their intertwined social relationships, and connecting with God. She currently lives in the United States with her family.