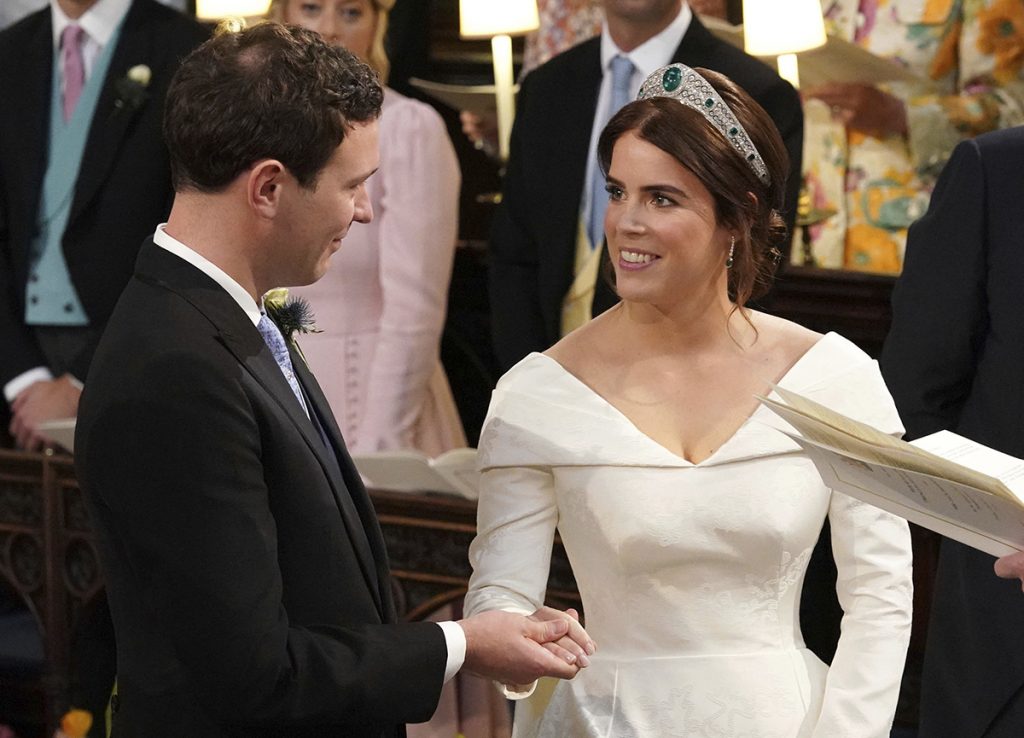 Many people noticed that Princess Eugenie’s wedding to Jack Brooksbank was regarded as a social wedding instead of a royal wedding. In May 2018, Prince Harry and Meghan Markle said their vows in one of the most widely viewed weddings of all time. Till today, bits and pieces are still being analyzed about the wedding.

However, the same cannot be said for Princess Eugenie, younger daughter of Sarah Ferguson and Prince Andrew, the Duke of York. Though her wedding to Jack Brooksbank enjoyed its fair share of paparazzi, it was not the talk of the world as you would expect of a royal wedding.

The wedding was a private affair, and it wasn’t televised as previous weddings were. Also, pictures weren’t released by the palace. The guest list was totally decided by the couple and they weren’t under any pressure to invite heads of state or political figures.  To cap it all, Jack was not given a title and so, he remains Mr. Jack while she will continue to be addressed as HRH Princess Eugenie, or Mrs. Jack.

Why is this so? According to critics, she is not exactly regarded as a Royal by people who are not well acquainted with the Royal family. In fact, she is seen as more of a celebrity royal because she does not perform any Royal duties. She also moves in celebrity circles, thanks to her mother who is friends with the likes of Oprah Winfrey, etc. Princess Eugenie works as an associate director of an art gallery. She is also the 9th in the line of succession to the throne.

On the other hand, William and Harry very high up in the order of succession to the throne, and are also working royals. They both had to leave the military to support their grandmother, Her Majesty, The Queen.

Urban Woman
Share
Facebook
Twitter
Pinterest
WhatsApp
Linkedin
Telegram
Previous articleIn 1665, Kongo Princess, Aqualtune Ezgondidu Mahamud Led 10,000 Men To Battle Before She Was Shipped To Brazil As A Slave
Next articleKadi Sesay Is The First Woman To Run For Office Of The Vice President In Sierra Leone