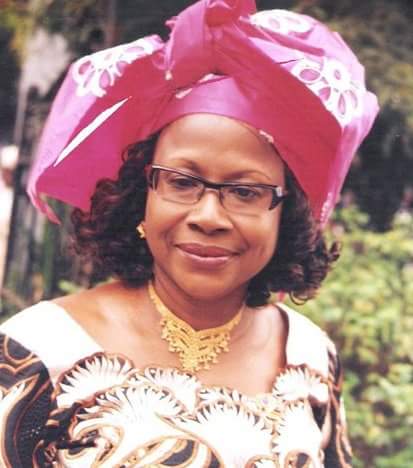 Kadi Sesay was born on March 4, 1949 in Rotifunk, Moyamba District, in Southern Sierra Leone, a then British Crown Colony. Her parents are from the Temne ethnic group from the rural chieftaincy town of Rhombe in Lokomasama Chiefdom of the Port Loko District in the Northern Province of Sierra Leone.

She attended EUB Primary School in Rotifunk, a District in moyamba. She completed her Secondary education at the Magburuka Secondary School for Girls in Magburaka, Tonkolili District.

She began her career as a lecturer at Fourah Bay College where she served for 20 years, becoming Head of the English Department in the process. She also spent 6 years as the Chairperson for the National Commission for Democracy and Human Rights (NCDHR), becoming the first woman in Sierra Leonean history to head a National Commission.

She left her post at the NCDHR to serve as Minister of Development and Economic Planning, a position she held for three years.

She also served as Sierra Leone Minister of Trade and Industry from 2002 to 2007. She is the founder and Managing Director of Leone Consulting & Advisory Services – for Trade, Investment and Development.

She was the Presidential running mate to Rtd. Brigadier Gen. Julius Madda Bio for the 2012 General Elections, becoming the first woman to run for the office of vice-president in the history of Sierra Leone.

She is the mother of Isha Sesay, former CNN international news anchor.