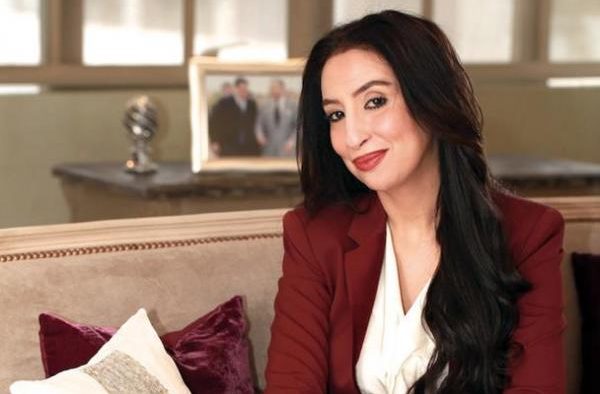 Salwa Idrissi Akhannouch  is a Moroccan businesswoman born in Casablanca. She is known as one of Morocco’s most powerful businesswomen and North Africa’s wealthiest female entrepreneurs.

Salwa is  the daughter of Boulajoul Idrissi from the small village of Aguerd-Oudad, Tafraout and the granddaughter  of Haj Ahmed Benlafkih. She is married to Aziz Akhannouch, a wealthy businessman who  became Morocco’s Minister of Agriculture in 2007 (till date) and is also the president of a Royalist political party.

Salwa Idrissi Akhannouch is the founder and CEO of the Aksal-Morocco Mall Group that successfully deals in luxury goods, department stores and shopping malls. The Aksal group owns 50% of the Morocco Mall  which was built in 2007 with over 240 million dollars. This mall is one of the largest shopping centres in Africa. The group Aksal, also owns the sole franchise rights for many leading brands in Morocco, including Zara, Banana Republic, Fendi, Gucci, Ralph Lauren,  Massimo Dutti, Pull & Bear and Gap. Salwa Idrissi is the founder of the cosmetics brand Yan & One.

Salwar Idrissi inherited a fortune from her grandfather, Haj Ahmed Benlafkih, a businessman who had a monopoly of tea business in Morocco in the 1960s.  She ventured into the world of entrepreneurship in 1993 when she created a distribution company of floor laying materials. She then ventured into and specialized in the acquisition of franchises. She obtained the  Zara brand in 2004 for Morocco and the Massimo Dutti brand in 2006.

Today, Salwa Idrissi is the head of Akwa Group, a  major distributor of petroleum products, and the founder of Aksal Group, a Moroccan company that deals in luxury goods, retail, department stores, and shopping malls. The Aksal group reportedly has 15 million visitors every year and generates a revenue of 5 billion Moroccan dirhams ($514 million). One of Aksal Group’s centres In Casablanca covers more than 250 000 m2.

Salwa Idrissi Akhannouch has accrued quite a number of accolades. She is recognized as one of Morocco’s most powerful businesswomen and North Africa’s wealthiest female entrepreneurs. In 2012, she won a MIPIM Award in the best shopping mall on the architectural plan category. In 2015, she ranked 8th on a list of the 100 Most Influential Arab Women, compiled by Arabian Business. In August 2018, she was ranked second on a list of the 50 Most Influential Business Women in Africa. Salwa Idrissi was named in the “Women Behind Middle Eastern Brands” list compiled by  Forbes Middle East magazine’s in 2020 – making her one of only two Moroccan women to feature.