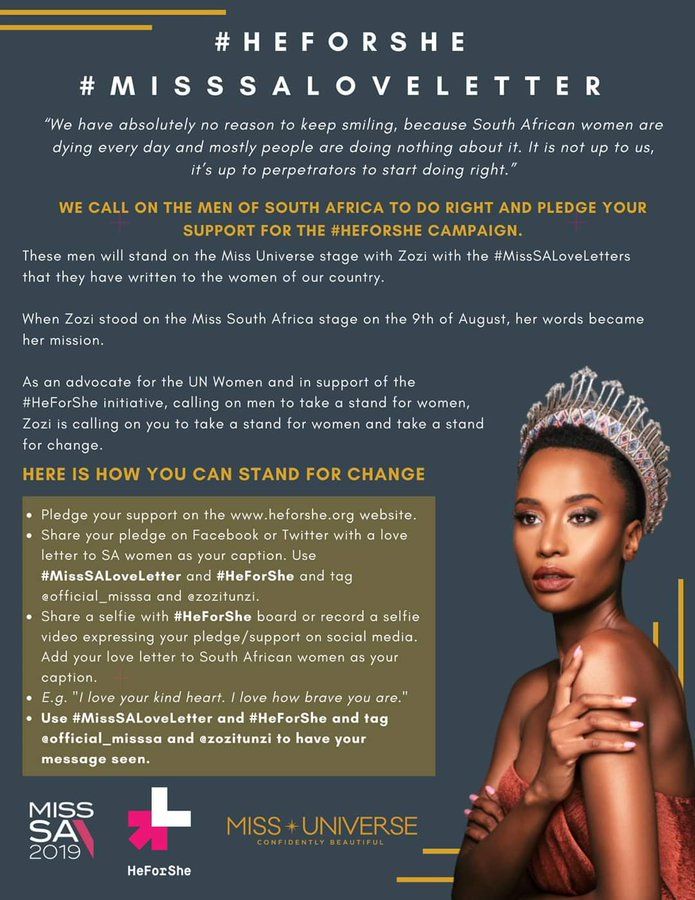 Newly crowned Miss South Africa Zozibini “Zozi” Tunzi has just launched a “HeForShe Campaign”. According to her, this campaign is aimed at tackling the increasing rates of gender based violence in South Africa.

Zozibini wants South African men to join the fight against abuse. After the South African men pledge their support to fighting gender based violence, the letters will be inscribed into ribbons which will be made to be part of her costume for the upcoming Miss Universe beauty pageant.

In what will be a first, I will literally take SA with me to Miss Universe. I will wear a wave of love from men in the form of love letters celebrating and honoring the women of this country.

The “HeForShe Campaign” is in partnership with the South African arm of the United Nations Entity for Gender Equality and the Empowerment of Women (UN Women).

Read Also: Are Women Happier Without A Spouse Or Child?