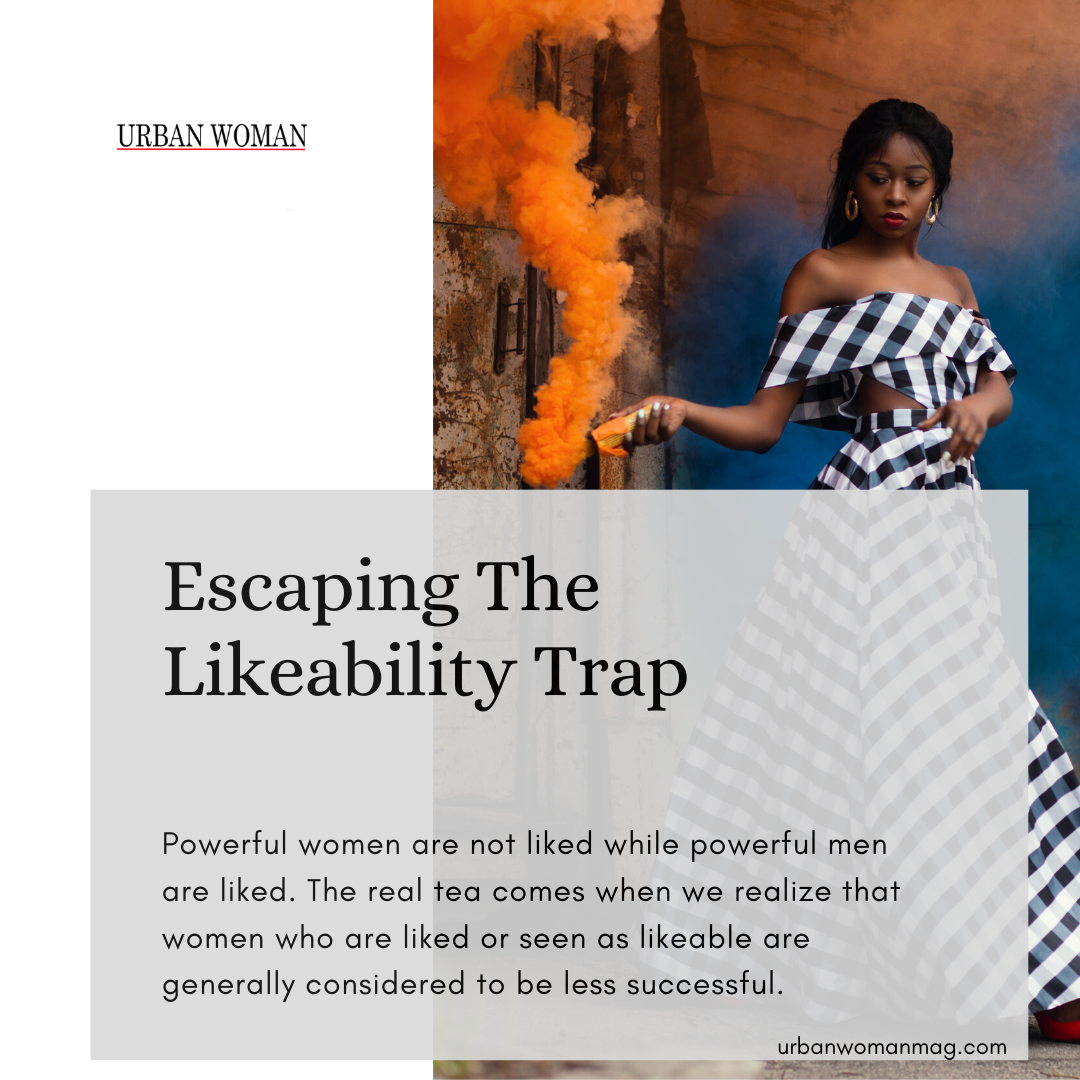 It is called a trap because you can’t win and as many societal traps, this one targets women. Powerful women are not liked while powerful men are liked. The real tea comes when we realize that women who are liked or seen as likeable are generally considered to be less successful.

In summary, women can’t be perceived as successful and likeable at the same time; one must give way for the other. A lot of women fall into this trap especially in their careers as they attempt to be the powerful woman that people like and over the years, conversations have sparked about how to avoid getting caught in the likeability trap.

Growing up as girls, we were made to believe that being likeable was an attribute that we should always aspire to be and we believed this ridiculous notion. So we grew up to become women who stifle their thoughts and opinions because of a fear of being disliked and who apologize excessively because God forbid we are seen as anything other than nice, cute little characters in a Jane Austen novel. Spoiler alert, we are not.

A lot of notable women have suffered with this trap in their career such as Sheryl Sandberg and Hilary Clinton and while we are on the discussion of escaping this horrible concept, we must turn to the wisdom of a powerful feminist who simply thinks the likeability trap is bullshit, Chimamanda Ngozi Adichie. Speaking at the Girls Write Now Awards in 2015, she had said “I think what our society teaches young girls is that you are supposed to twist yourself into shapes to make yourself likeable, that you’re supposed to hold back sometimes, pull back, don’t quite say, don’t be too pushy, because you have to be likeable. And I say that’s bullshit”.

The most important thing to know when trying to avoid falling into this trap of balancing power and likeability is that you don’t owe it to anybody to be likeable. It is not an essential part of who you are as a woman and the fear of being disliked should never deter you from making decisions or being outspoken about the things you believe in. It is commonly said that you can’t make everyone happy unless you’re the ice cream man but even the ice cream man isn’t always a delight to the people who are lactose intolerant. So stop trying to compete with an impossible standard. I have learned that people are going to form opinion of you regardless of what you do anyway and their opinion of you, while being their right, is not a manifesto of your success or failure in life.

A true disaster would be women who fail to live up to their potential or even fail to be ambitious because they never want to exit the comfort of the likeable zone. I use the word disaster because not only is it detrimental to women and their happiness but it also negatively impacts the world and denies her the opportunity to soak in the awesomeness that is women. Dare to live your life the way you want and if that means being disliked, then dare to be disliked!