#ENDSARS : Why We Must Document The Contribution Of Women 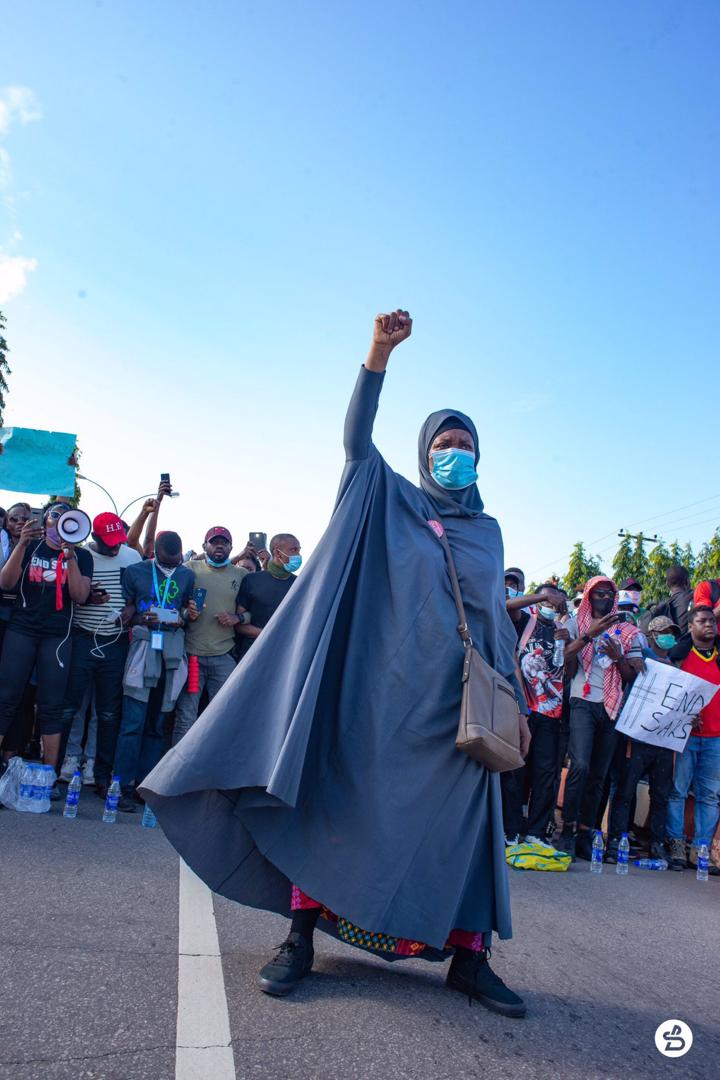 I was 21 years old when I first heard that Funmilayo Ransome–Kuti was a women’s rights activist and suffragist who led multiple protests in Nigeria and even formed the Abeokuta Women’s Union.

For context, I am 21 years old.  All my life, it was rammed into my head by educators, family and the rest of society that Funmilayo Ransome-Kuti was the first woman to drive a car in Nigeria and that became the only thing that I and so many others like me could attribute to this great woman. To be clear, they’re not wrong – she was indeed the first, but why, in the midst of so many others, was that the only achievement widely attached to her name?

During my time as an undergraduate at the University of Ibadan  I was a resident of one of the 3 female hostels. While 5 out the 6 male hostels in UI are  named after reputable men (mostly Nigerian) with the 6th called “Independence Hall” , the case is quite different for the female hostels. One is named after  Queen Idia of Benin, another after Queen Elizabeth the II and the last which also happens to be the hostel with the largest capacity in West Africa is named after – wait for it – Obafemi Awolowo. For the sake of argument,  let’s consider the fact that this hostel used to be a mixed one (male and female occupants) hence the original name. Why was a man’s name used  to represent a mixed hostel? And now that it’s strictly female,  why is a man’s name still used to brand a place that is home to women? Where are our women and what are their names?

After learning about Funmilayo Ransome-Kuti, I began to observe the erasure of Nigerian women in so many things and it has left me infuriated – from reputable buildings to institutions to bus-stops and even roads. Like that was not enough, it occurred to me that out of the 8 denominations of the Nigerian currency, only the 20 naira note bears the picture of a lone woman with the remaining 7 showing off men and scenery. Even with only one woman on the naira, when the question “Whose picture is on the 20 naira note?” is googled, the answer provided is General Murtala Mohammed (who appears on the front) and not Ladi Kwali (Who appears on the back). Where are our women and what are their names?

The erasure of women is a self preserving tool of the patriarchy. Men are remembered for everything they do while women are erased for anything they do. We celebrate men who started wars and forget women who saved lives. And even when women are remembered, their legacy is considered less important than the men and sometimes even dismissed. When we tell the stories of great women, we are quick to qualify their importance by their relationship with a man; “the wife of…” , “the daughter of…” , “the sister of…” . The erasure of women is a subtle but sure way to enforce the patriarchal sentiment that ‘it is a man’s world’  one that Nigeria, by many standards, lives up to. With a rise in the feminist movement, more women are noticing this erasure and are rightfully demanding to know the names of those that came before them because equality cannot be achieved if the stories passed down do not acknowledge women.

The #ENDSARS movement is currently the biggest news in Nigeria. SARS stands for Special Anti Robbery Squad and it is notorious for bullying, extorting and even killing young Nigerians. For 7 days now, Nigerian youth have taken to the streets all over the country chanting the words “End SARS!” , calling on the government to do it’s job of protecting and not killing us. This movement is fuelled by the frustration of young Nigerians towards an ineffective and dismissive government and has caught the attention of the whole world. While we are witnessing a revolution in our country Nigeria, it is important that in the middle of all this, we ask and attempt to answer the question “where are our women and what are their names?”

The protesters of the #EndSARS movement have reiterated that there are no leaders and that the movement is completely decentralized. While this has proven to be true, there are invaluable contributions that have and are still being made by Nigerian women to the success of this movement and we must recognize that boldly and loudly. We must recognize women like Kiki Mordi and Ozzy Etomi for their role in the formation of the feminist coalition that has been responsible for collecting donations, disbursements,  strategy and social awareness of the movement; women like Feyikemi Abudu and Moe Odele who have worked tirelessly to provide legal aid for arrested protesters; women like Christine Obute (Chef Obubu) and Imoteda Aladekemo who have organized the feeding of thousands of protesters; women like Temmie Ovwasa and Amara the Lesbian who have showed up to represent the queer community; women like Winifred Jacob, Tife Soloye and Rinu Oduala who have organized and led protests in different states; women like Odunayo Eweniyi who have contributed their expertise in technology; women like Karo Omu and Adedoyin Adeniji who have organized and joined protests in the diaspora; women like Nneka.O who have organized care packages for the victims of police brutality and so many  others. I don’t know about you but I am excited to write about my heroes – women are my heroes and I’ll be damned if I ever let the world forget about these women.

There are many women to write about and many things to write about these women. It is our obligation to write about them and we must fulfil this obligation to the last. We must write until our inks run dry and our hands start shaking. We must keep their names fresh on our lips and in the mind of the world. We must document the contribution of women to this movement so that when our daughters are flipping through the pages of history someday,  they would never need to ask the question “where are our women and what are their names?”

Share
Facebook
Twitter
Pinterest
WhatsApp
Linkedin
Telegram
Previous articlePreserving Your Fertility while Climbing the Career Ladder
Next articleAll You Need To Know About Nita Mukesh Ambani, One Of The Most Influential Women In Asia