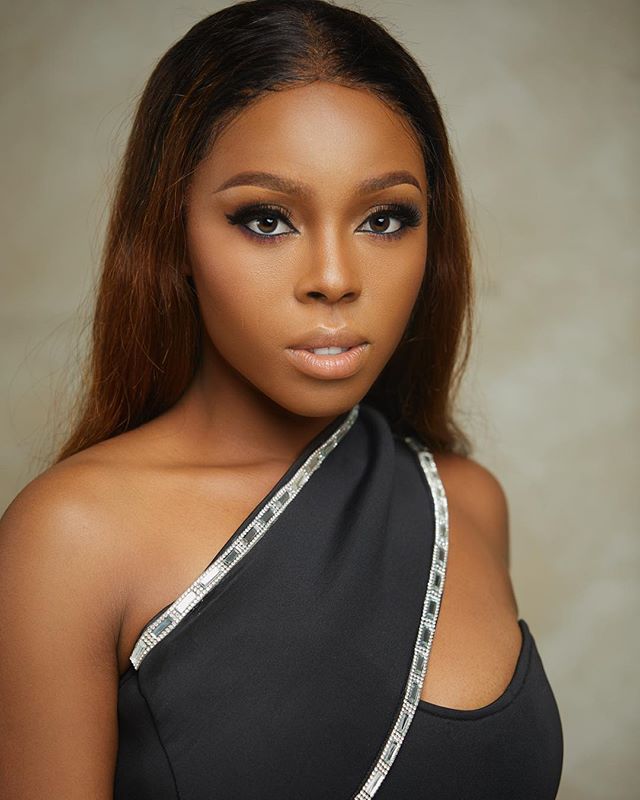 Arguably the largest hair business in Lagos, Hair by Wanneka is owned be Mrs Doris Nwanneka Nkumah. In this interview with Urban Woman Magazine, she shares the story behind her success, her struggles, triumphs and her future plans.

My name is Doris Nwanneka Nkumah. I am from Ebonyi state, Afikpo North. I am the last born. I have 5 elder sisters and 3 brothers. I am married, still in school, because I had to stop school to get married, so now, I am back in school, in my final year. I have two kids.

How did this journey begin for you?

I started a few months after I got married. After I had my traditional marriage, I came to live with my husband for a few months before the white wedding. So, it was about a month after the wedding that I started, October 2013. When I started, it was rough. I used to make one sale in a couple of months. I did not start from ordering directly.

In fact the way it started, one day, I was bored and I just saw something online – BBM to be precise – and I said to myself that this could be a great business for me. Before then, I had gone around offices telling people that I cooked because I know how to cook very well but nobody ever called me back to cook for them.  I changed my BB name to Nwanneka Virgin Hair.

People didn’t really accept it. In fact it wasn’t until much later that I started getting calls from people asking me “do you sell hair?” etc. So every time the man from who I first saw the hair pictures changed his display picture, I would change mine. And so, I kept doing that, and then, I got my first client, Aunty Jennifer. Immediately she called me up, I ran back to the guy and bought from him and sent to Aunty Jennifer.

When I gave birth, my husband set up a shop for me in Festac, and gave me some money which I added with the money I had been saving over the months. I ordered for hair and when it arrived, it was all fake. I was so discouraged, people didn’t want to buy, those that bought would later come to fight with me but I didn’t want to give up, soon the shop closed down.

After a while, we moved to Lekki, everybody put the idea in my head that since it is Lekki, I should make it really expensive. But people didn’t even know me then. In four months we could sell just a closure. We didn’t make a single sale for a long time. I couldn’t even afford to pay my electricity bills, or my sales girl.

Soon enough, I had to go and pack my things from the shop because there was really no point anymore. I came back home and after some time, I told my husband that I wanted a shop. I fought, argued, kept malice with him, just so that he could open a store for me. Finally, when he saw that everything was getting too much, he got the shop for me. I told him that the reason why I failed was that my shop wasn’t Lekki standard. So he tried to set it up to Lekki standard and after that, the same thing happened because nothing was happening. I kept pushing, struggling and finally, the breakthrough came. 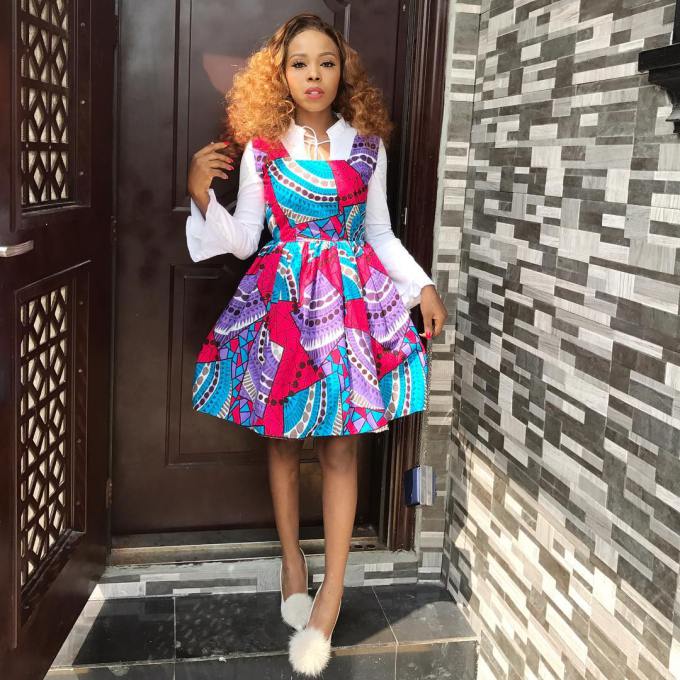 How did the breakthrough come?

In August 2016, I was tired. I decided to go to Dubai. All I needed was motivation, somebody to tell me to keep doing what I was doing. I just went to think about my life, about how I had been doing the business since 2013 and still it never worked out. So, my husband paid, and I went alone.

He went to WAKANOW, but it wasn’t possible to facilitate my immediate return back home, so I told him not to worry and then I came back when it was originally planned. When I came back, I had to re-strategize, I started doing my promos, I had to make my own cheaper, I went to learn make up professionally, so that I could advertise my hair on myself. Previously, I kept giving my hair to brand influencers and celebrities but I hardly made sales. So I had to learn to start wearing my hair on myself and doing my make up so that when people see me, they can appreciate the beauty of the hair.

Would you say that there was a lot of competition in the market, and that was the reason why you did not make any sales during that period?

No! I would say it was because I wasn’t doing enough. Even now, the competition has tripled but I still stand out and it is increasing by the day. I just didn’t make a lot of noise about my brand, because at the end of the day, people would address your brand or business, the way you treat it. If you don’t make a lot of noise about your business, you are only giving people the impression that it is not that important.

What is the inspiration behind the amount of work you put into building your brand?

You recently just opened a lounge, why did you decide to diversify?

I am a business woman so I always have to keep diversifying. I love to cook, and I always complain about other people’s foods because I am a very good cook. Even when I am angry, I relieve my stress by cooking. At least I have an idea, I make sure that my chef are professionals, and I make sure that I get what I want because I know what I want. Our foods are made very differently.

You have a passion for helping young girls succeed in whatever endeavor they choose. You have a lot of giveaways for people starting up their own hair business. And you have even organized a business session for young ladies. Why?

I have always had passion for giving out my stuff. I am the last born so I always had a lot of gift from my elder sisters, so I had a lot to give out. About the business, I am just trying to tell girls not to give up. The whole thing I am doing on Instagram is encouraging people to keep doing what they are doing. I had my husband to give me when I did not have, so I know that they may not have that. It is just part of giving back to people who help your brand.

How do you combine business with family?

My mother and my husband. My mother lives with me, so she helps me with the kids. I can’t have a nanny, because my husband doesn’t want a nanny. And, my husband is an amazing father, he takes the kids to school, and brings them back. My mother wakes up and takes care of the kids so I just wake up and find time to play with them.

He even enjoys to wake up and bathe the kids. Even when I give birth, I don’t know how it is to be a new mum. It is when I wake up the next morning, that I find out that Sergei cried in the night because my husband would have taken care of it. In fact, I think the best thing God did for me after blessing my business is giving me a great husband.

What are your plans for the next five years?

I have a lot of projects, new businesses, upgrading, diversifying etc. I am always thinking about what next to do, etc. So within the next five years, I would basically be doing a lot more and earning so much more.