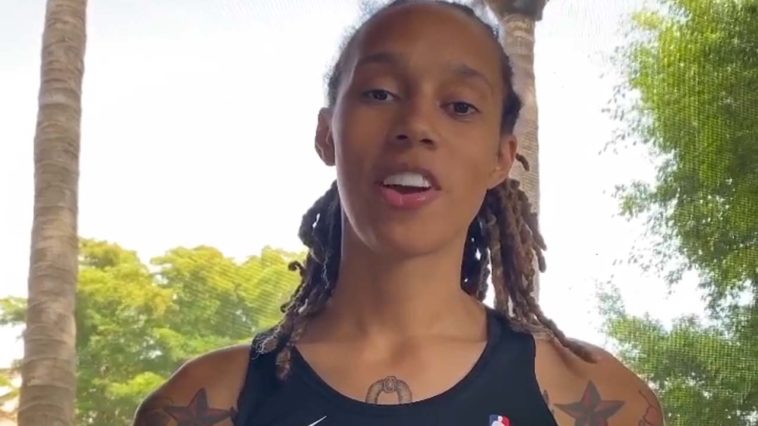 On Saturday, March 5th, Russian officials made an announcement to the general public that they had apprehended a professional American basketball player and Olympic gold medalist- but they did not name any persons.

According to Russia’s Interfax News Agency, “‘As a US citizen was passing through the green channel at Sheremetyevo Airport upon arriving from New York, a working dog from the Sheremetyevo Customs canine department detected the possible presence of narcotic substances in the accompanying luggage.’”

Although the Russian officials did not release any name, the Russian news agency TASS identified the player as American basketball player Britney Griner and corroborated the claim that she was detained for possessing vape cartridges containing hashish oil, a substance created from marijuana and deemed illegal in Russia.

In a statement released by the custom service, it was said that, “The customs inspection of the hand luggage being carried by the US citizen confirmed the presence of vapes with specifically smelling liquid, and an expert determined that the liquid was cannabis oil (hash oil), which is a narcotic substance.”

The customer service said that a criminal case has been filed against Griner and the athlete faces a ten-year jail sentence if found guilty.

Although Griner’s attorney has not made any statement, her agent Lindsay Kagawa Colas has acknowledged the arrest of the athlete.

“We are aware of the situation with Brittney Griner in Russia and are in close contact with her, her legal representation in Russia, her family, her teams, and the W.N.B.A. and N.B.A.”

She further went on to say that Griner’s “mental and physical health remain our primary concern.”

The WNBA has also declared their support for the athlete, saying that their “main priority is her swift and safe return to the United States.”

Many people have speculated that Russia may have specifically targeted Griner as a popular American and one who could possibly serve as a powerful ransom/bargaining chip with Washington.

Lawmaker and Representative Joaquin Castro of Texas, wrote on his Twitter, “This follows a pattern of Russia wrongly detaining & imprisoning US citizens. US citizens are not political pawns. Brittney, Trevor, and other Americans must be safely returned.”

US citizens are not political pawns. Brittney, Trevor, and other Americans must be safely returned. https://t.co/UsYuS180sm

Who is Britney Griner?

She began her basketball career in college, where she played for the Baylor Lady Bears in Texas. She was the only NCAA player to score 2,000 points and block 500 shots. In 2012, she was named the AP Player of the Year and the Most Outstanding Player of the Final Four.

Furthermore, the American basketball player has won many awards including WNBA Champion in 2014, 7x WNBA All-Star and 8x WNBA Blocks Leader amongst others.

In 2012, she won the Best Female Athlete ESPY Award. She also led the United States Women’s Olympic Team to victory in 2016 and became the first openly gay athlete to sign a deal with Nike.

For many years and during the American league’s off-season, Britney played for the Russian team UMMC Ekaterinburg.

According to a league spokesperson, the 31-year-old professional basketball player is the only WNBA player who did not make it out of Russia before the Ukraine war began.

Read Also: Queen Latifah Talks About Disease That Took Her Mother in New Documentary: Beyond Breathless

Previous article
How Grassroots Action by Women Is Revolutionizing the Way Water Resources Are Being Managed
Next article
Gender Pay Gap: Doja Cat Is the Only Woman and Also #10 on List of Top Hip Hop Earners