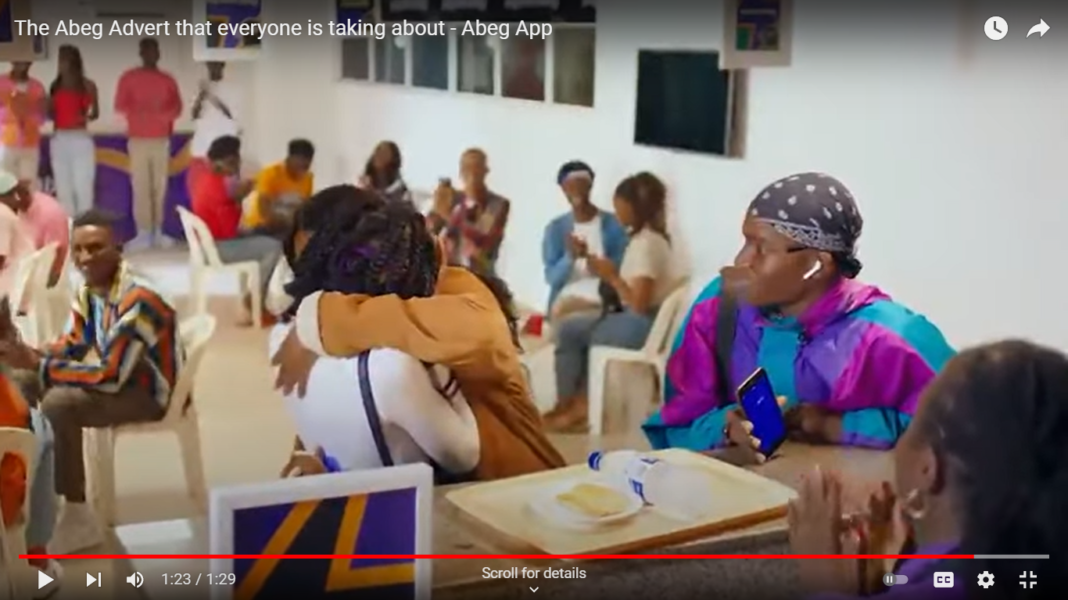 The first time I watched the Abeg app advert, I knew I needed to watch and re-watch it again. The ad follows a young female student who requests a remark from a lecturer. In response, he propositions sex to her as a bargain for remarking her scripts. The student (a Gen Z) happened to have recorded the entire exchange and has posted it on social media to expose the inappropriate sexual harasser. The Lecturer is summoned by the vice-chancellor and the student is celebrated by her contemporaries for her courage and boldness using the Abeg App. The end.

Sexual harassment in universities and higher institutions in Nigeria is not a new development and it’s not a “Gen Z thing.” For ages, young Nigerian women have had to deal with inappropriate, perverted lecturers, with no room to speak up, and no form of retribution whatsoever. However, in 2019 the BBC Sex for Grades documentary shed light on the impact of sexual harassment on the victims from a closer view. After the documentary aired, a lot of victims got the courage to share their stories with the world and finally call out their abusers, after years and years of suffering in solitude.

The significance of the Abeg app advert is that it is a precedent for conscious advertisement in Nigeria. It is also another reason why investing in femvertising is always a great idea. The idea of communicating relevant social issues compellingly, to drive home a product to an audience will never be unappealing.

The Abeg advert follows the current Gen Z and Millennial generations, using one of the most prevalent issues that affect the people of that generation,(especially women) which is sexual harassment.

The topic is very relatable and almost every person in this generation in Nigeria has encountered sexual harassment on campuses or at least knows someone who has.

One might ask what the significance of femvertising in this case is. The answer is simple, as human beings, we tend to gravitate towards relatable stories that convey a piece of us. Hence, if brands tell such stories we end up getting a sense of belonging or a need to support or patronize such brands.

On the other hand, when brands get involved in social activism, using their advertisement as a mode of communication, it gives them a good social image. So in the long run, it’s a win-win.

I’m hoping this will lead other huge Nigerian brands to start making conscious and important ads that’ll increase social impact, rather than just ignore social activism as a whole (as a lot of them currently do).

Read Also: Why We Need Femvertising: Advertising that Centres Women