The Uneventful Life Of A Side Chick 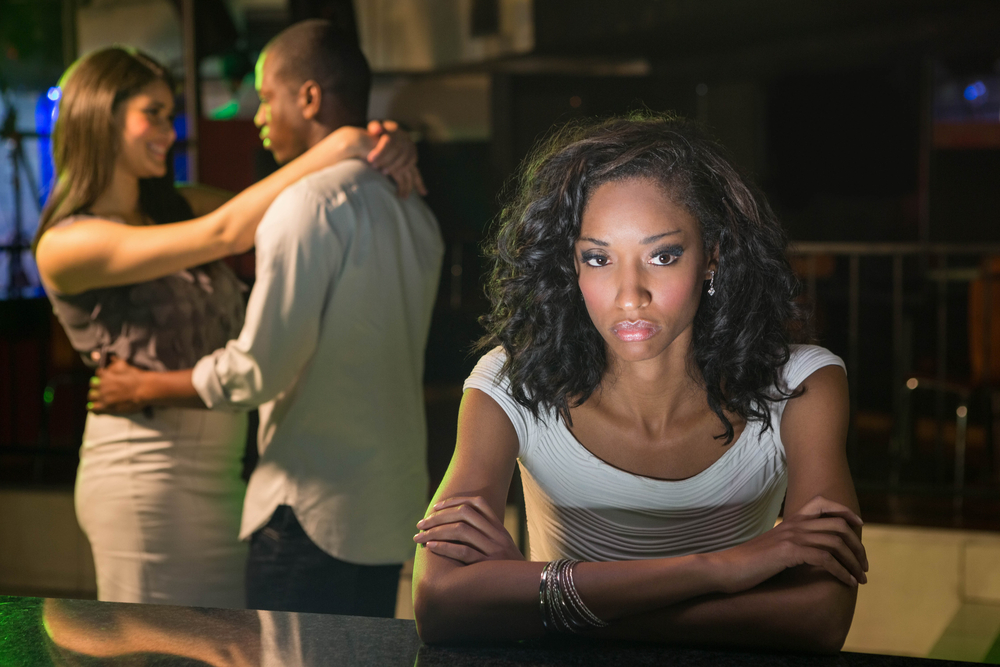 There have been spin-offs from the side chick tales, reality shows, movies and online groups extensively discussing the pros and cons of being a side chick. Many women are still unsure on what defines a side chick, mainly because they feel so comfortable with the role they are playing, no fear of being cheated on, as they have accepted the other relationship as normal, no sleepless nights, no wondering of where their man is as they exactly know his movements.

More often than not, they enjoy all the benefits and even respect entitled to the main chick/wife, the only thing missing is a formal announcement.

A side chick is the other woman. The unacknowledged girlfriend/lover/mistress.

If you get a good night text at 4pm, a “have a good weekend” greeting on Thursday, “how was your night” call at 12 noon or “when can we see” message on Monday afternoon.

You only see your partner when he is available and only convenient for him. You never get to meet his parents, family members or the friends that matter. Those you meet are constantly and snickering at your back as if they are laughing at a private joke you gave no idea about.

You only meet at the seediest, musty hotels that charges pay by the hour, or in your house, cause it is cheaper, never in his home.

He knows your workplace/schedules but you have never been to his.

Any child/children you have for him even though you have been together for years and he takes care of the bills, are still termed as bastards.

You do not take pictures together, even the ones you have, he asks you to delete it but he probably has your nudes. He doesn’t want “MCM” “man crush” tags on Instagram or you using him as a profile picture or DP or tagging him in every of your slay posts.

You can only act familiar in the confines of the bedroom, no touching or display of affection in the public, if possible, act like you don’t know him or not so close.

When you eventually get to sleep in his home, whenever the wife or main chick is not around, you go in at night and get hustled out as early as 6am to avoid the prying eyes of neighbours. You dare not leave any tell tales signs of your being around like panties, jewelry, underwear, perfume, clothes, lipstick or fallen strands of hair. Chances are you won’t recover those items, he has gotten rid of them, probably destroyed them.

Once in a while, to assuage his guilt you are treated like a queen, night outs, movies, dinner dates, out of town trips, parties, shopping.

Most times he is always busy. So he can’t be relied on to leave everything he is doing and meet you at a moments notice even if you are dying. Chances are you are just supposed to be grateful for anytime he can make out for you.

You can only call from 10am-6pm, nothing later than 7pm even in emergency cases.

You are the emotional absorber, his crutch, he tells you all about his problems, failures, work, family but your own emotions don’t really count.

Though he has a wife/main girlfriend, you aren’t to think of having another relationship.

He picks the calls of other women in your presence and you must “shush” while he is on the line.

The sex is absolutely great but don’t count on taking it further to the next step or seeking commitment. Usually, that is the beginning of the end.

Finally, you know all about the wife/main chick, ironically she knows nada about you.

If the above characteristics describe you, you are certainly the side chick.

Being one has its good and unhappy moments. But is it worth being one?

A side chick is just like being a toothpick, good enough to serve a purpose, ease an itch and discarded or become so addictive that it becomes irreplaceable.

A side chick can become the main chick.

A main chick can turn to the side chick.

Previous articleMisogyny Is One Of The Cornerstones Of Christianity In West Africa, We Must Never Forget This
Next articleAdesua Etomi Credits Ability To Keep Her Engagement Under Wraps To Her Intimate Inner Circle