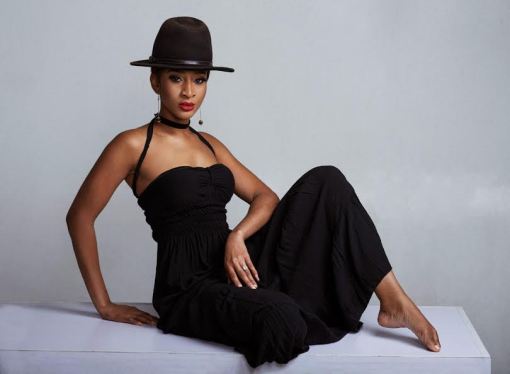 Talented Nollywood actress, Adesua Etomi graced the cover of last Sunday Guardian Life. In the interview, the singer and dancer whose engagement announcement to RnB singer and co-star in TWP, Banky W, broke the internet revealed how she was able to keep the news under wraps despite being in an industry where there are barely secrets.

“I’m very particular about my inner circle,” she said. “You can count my closest friends on one hand and that’s because I believe you just need a few good friends, I am very friendly to everybody else. Also my family, my mum, those are the people that keep it all together for me and they are always there and you can’t beat that”

She also revealed five things people probably did not know about her.

“I’m left handed. I’m not a fan of handbags and jewelry. I think Will Smith is perfect. My mum is a pastor and I sang in a choir for ten years.”

Etomi made her debut into the Nollywood film industry in 2014 with Knocking on Heaven’s Door and a year after bagged the Best Actress in a Drama Award at the 2016 Africa Magic Viewers Choice Awards for her role in Falling.

In 2017 she went on to become part of the cast of one of the highest-grossing movies in Nigerian history The Wedding Party (TWP). Prior to that, she had been very much involved in the theatre scene featuring in plays like Shattered, Anatomy of a Woman, London Life Lagos Living, Saro 1 and 2 and The Secret Lives Of Baba Segi’s Wives to mention a few.

Read Also: Dear Men, We Are Not On The List Of Items You Are Getting Next!