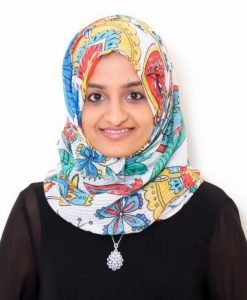 Saira Dewji is the wife of Tanzanian billionaire , Mohammed Dewji. Mohammed Dewji has an estimated net worth of $1.1 billion as was ranked the 21st richest man in Africa by Forbes Magazine in 2015.

Here are facts about Saira Dewji

Saira Dewji was born and raised in Dar es Salaam;

She had her education in both India and the United States of America;

She holds a Bachelor’s degree in Marketing;

She currently resides in Dar es Salaam, Tanzania with her husband;

Together, they have three children;

Saira Dewji has known Mohammed Dewji since she was in secondary school.

Her husband, Mohammed Dewji has been quoted by Ventures Africa saying that his wife gives him the much needed balance in his family life.

Saira Dewji serves on the board of Tumaini La Maisha, which operates the only children’s cancer ward in Tanzania.

She is also a trustee of the Mo Dewji Foundation.