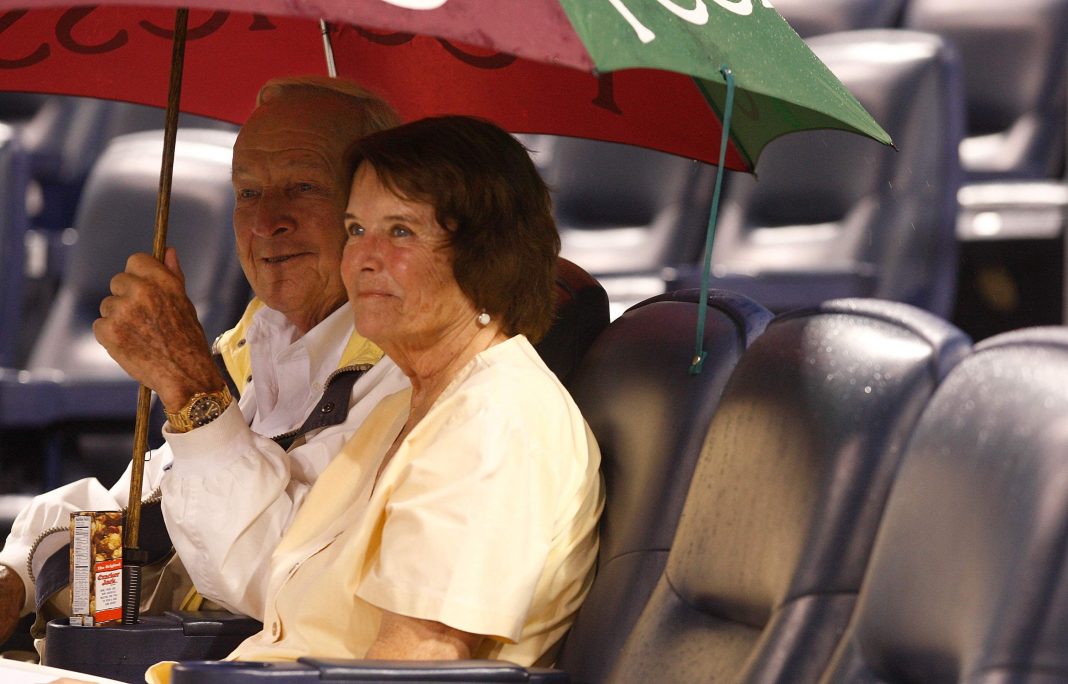 Arnold Palmer died on the 25th September, 2016. He was survived by his wife from his 2nd marriage, Kathleen Gawthrop. He was also survived by his daughters from his first marriage, Amy and Peggy Palmer. His first wife, Winifred Walzer died after a battle with ovarian cancer, in 1999.

Here is all you need to know about Kathleen Gawthrop

Kathleen Gawthrop was born in March 1939;

She is a graduate from the University of Colorado in Boulder;

Kathleen Gawthrop met Palmer on the golf course owned by her father-in-law;

Kathleen was 66 when she got married to Arnold Palmer who was 75;

She got married to Arnold Palmer in January 2005 in a quiet wedding in Hawaii;

Arnold Palmer announced his engagement to Kathleen Gawthrop while in Houston at a Tour Championship event;

Kathleen Gawthrop’s first husband, Al Gawthrop Junior, died in August 2004. He was remarried at the time of his death to Daphne Gawthrop;

Kathleen Gawthrop was an amazing golfer until she quit due to a back injury.

Read Also: All You Need To Know About Nicola Peltz, Brooklyn Beckham’s Fiancée