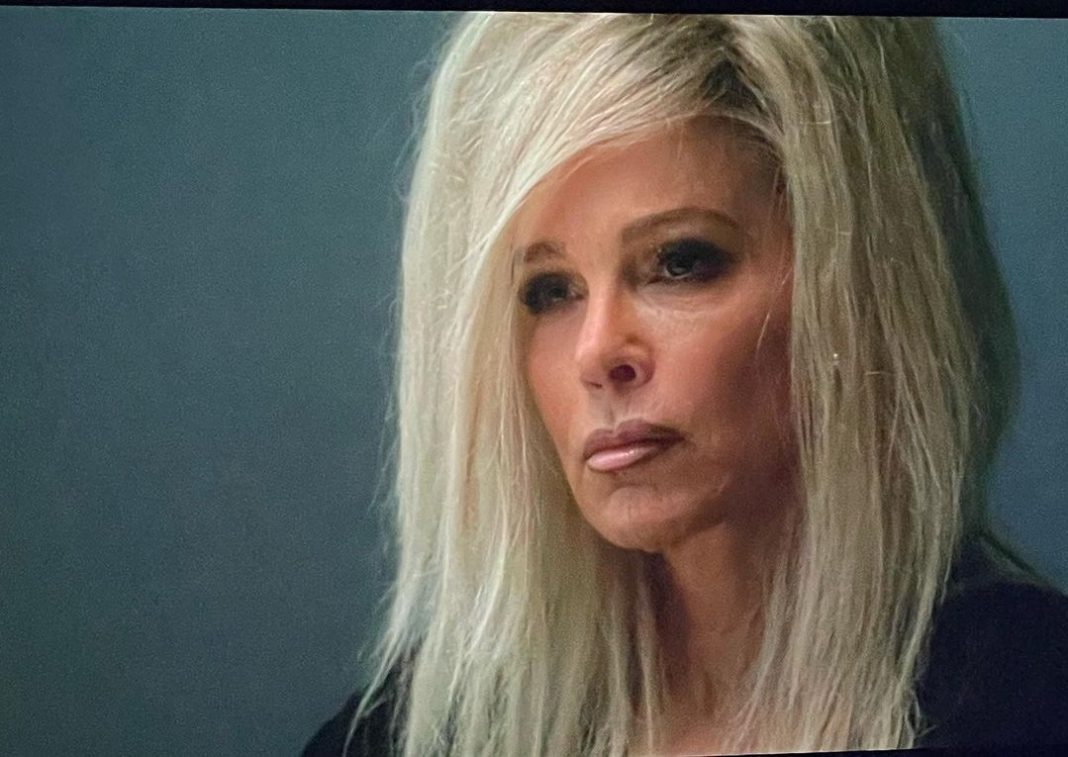 Dirty Dancing star Jennifer Grey is known for her signature short, curly brunette hair, but she has completely transformed for her upcoming role as American author and cult leader Gwen Shamblin.

In a recent sneak peek, Jennifer’s fans were shocked to see her dramatically different look. The film, titled Gwen Shamblin: Starving for Salvation, tells the tragic story of Gwen Shamblin Lara, the founder of the Remnant Fellowship, a controversial religious organization. In 2021, Gwen died in a plane crash, along with several other church leaders, including her husband and son-in-law.

Despite the intense scrutiny, Jennifer is relishing her role as Gwen Shamblin, and is excited to bring her story to life on the big screen. The 62-year-old actress is mostly known for her role as Frances ‘Baby’ in the 1980s hit movie Dirty Dancing opposite Patrick Swayze.

She isn’t the only actress who will be playing Gwen Shamblin. American Horror Story’s Sarah Paulson will portray her in a scripted adaptation as part of HBO’s docuseries, The Way Down: God, Greed, and the Cult of Gwen Shamblin.

The highly anticipated film is set to be released in February 2023.

Who Was Gwen Shambling?

Gwen Shamblin Lara was a prominent American author and Christian diet expert known for founding the popular weight loss program, The Weigh Down Workshop. Her innovative approach to dieting focused on using God’s power rather than willpower, and it gained widespread popularity during the 90s with more than 250,000 members. In addition to her work on the workshop, Gwen was also the founder of Remnant Fellowship, a Christian organization dedicated to helping people develop strong spiritual lives.

Tragically, Gwen died at the age of 66 when she and six other church leaders were killed in a plane crash in 1982. The group was travelling to Palm Beach, Florida when their private jet crashed in Tennessee shortly after takeoff.

Previous article
Is the Wilson Philips Girl Band Inside the Lamb Costume on the Masked Singer?
Next article
Who is Betty Who? Australian singer Makes Debut on a STEM float at the Macy’s Thanksgiving Day Parade