Is Maggie Leaving Day of Our Lives? 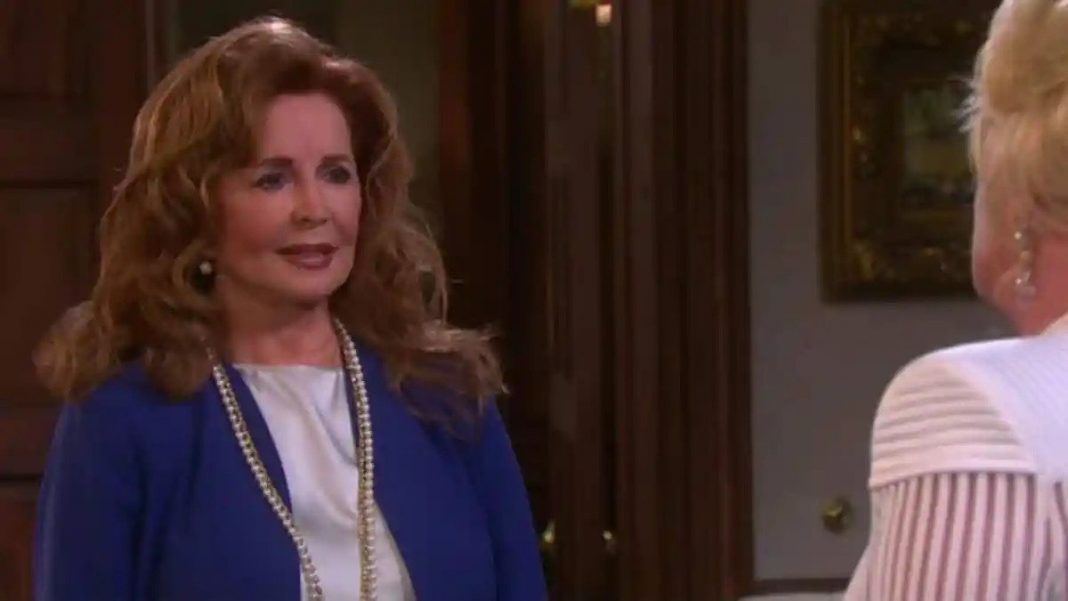 Days Of Our Lives hit the screen in 1965 and has garnered its own fan base of loyal viewers. The show follows the lives of couples in Salem City, including their love, health, affairs, relationships and all that concerns them.

The NBC Soap Opera remains popular even in 2022 and fans have become particularly curious about a recent development in the show.

Fans are wondering whether two of the important actors will be leaving the show soon because the current state of the plot tilts toward that idea.

In a recent episode of the show, Anna DiMera, portrayed by Leann Hunley, had jabbed Sarah Horton, portrayed by Linsey Godfrey, with the antidote syringe. Maggie has also been quite heartbroken over how ill she became.

More so, she is very disappointed at the idea of Xander, portrayed by Paul Telfer,  not being her son-in-law like she had always hoped. Also, Maggie is very mad and fans of the show are curious about what she will end up doing.

Will she prosecute Anna or will she possibly take out her revenge using an even more deceptive method?

Fans of the show are worried over the new possible future of Salem, seeing as Maggie and Sarah are said to be heading to Florida. The Florida trip could mean that the fans will remain absent from the show for a long period of time, fans are rightfully worried about this possibility.

Anyway, the question of whether Maggie and Sarah are leaving The Days Of Our Lives show is NO.

The Maggie and Sarah’s portrayers (Suzanne Rogers and Linsey Godfrey) have not announced it anywhere that they are leaving Days Of Our Lives.

The DOOL production management has also not announced that these actors will be leaving the soap opera anytime in the nearest future.

Towards the end of the episode, Maggie tells Xander that Sarah’s health still shows no improvement and her brain scans revealed even more damage than was previously thought.

Maggie shocks Xander that she will be taking Sarah to the long term facility in Florida. Xander wishes them well and asks to be kept updated on the progress of Sarah’s health.

Fans have shared their opinions on the episode all around social media.

While some people fret about the possibility of the two actresses disappearing from the show, others believe that this will not be so.