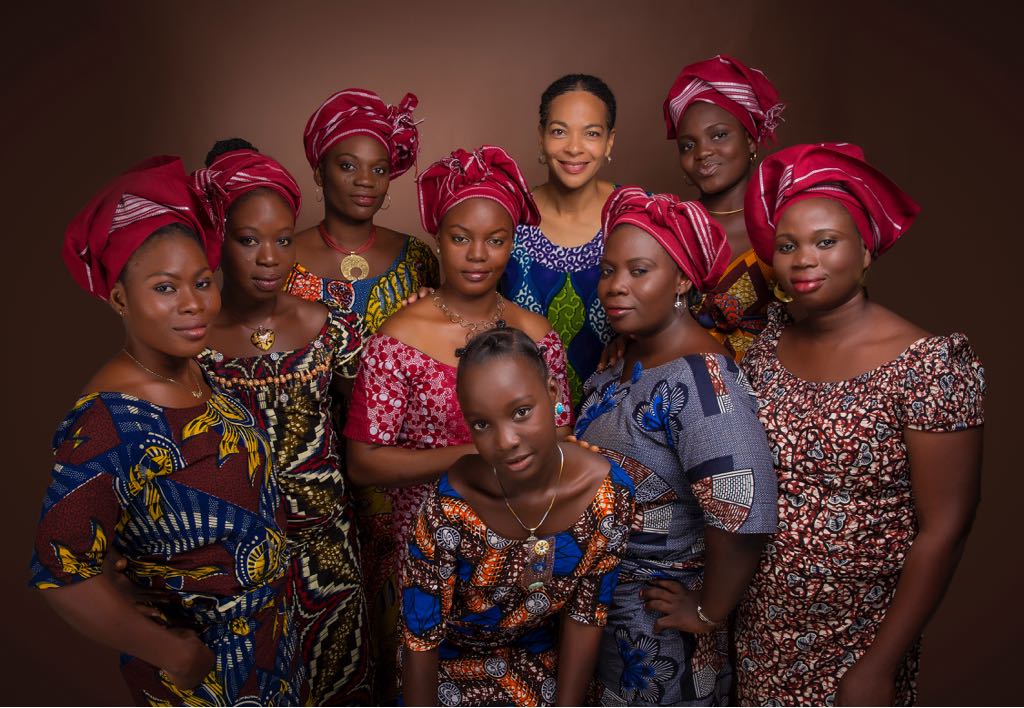 Ifeoma Fafunwa is the founder and creative director of iOpenEye Ltd, a Nigerian production company driving social change through performance art.  She produced the popular stage play HEAR WORD! Naija Women Talk True – a collection of monologues based on true-life stories of Nigerian women, aimed at challenging social, cultural and political norms that limit the potential and contribution of women. Ifeoma’s professional experience includes creative collaborations in theatre, architecture, film and fine art in the US and Nigeria. In 2012, she directed one of Nigeria’s cultural submissions for the London Olympics and in 2014 her work was featured in the London International Festival of Theatre (LIFT) and showcased the Tate Modern. In 2016 HEAR WORD! had its international debut at Harvard University in Cambridge and in 2017 the same show opened at the American Repertory Theatre. After the success of the short run of the 2017 shows, by popular demand, the show was re-invited for a 3 weeks run in January 2018. The recently completed 25+ shows, played to sold out auditoriums every day, with every show ending to a standing ovation. 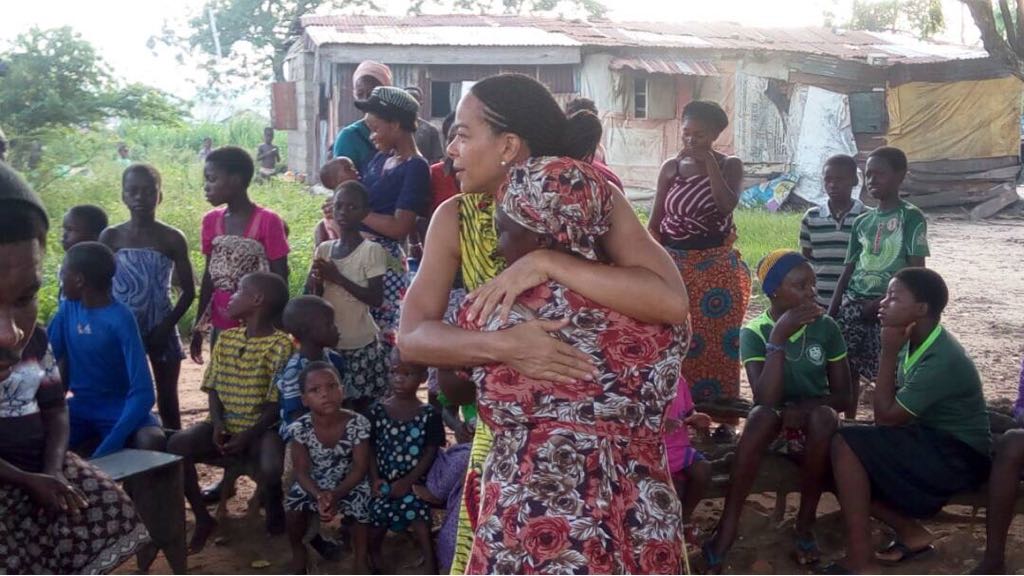 IOpenEye, Ifeoma’s production company is also known for their work with women in remote areas as part of their women empowerment drive. In 2017, IOpenEye worked with the women of Makoko to create a version of HEARWORD! for the Makoko community. The result of this 8 weeks intensive workshop was a special performance of HEARWORD! with monologues delivered in 3 languages, namely, Ganvier, Pidgin and Yoruba, this was the first of its type in Nigeria. The show was performed on a specially constructed platform in the center of the riverine community. Through this project, the women of Makoko (all of whom had no previous acting experience) got a chance to perform with established actresses such as Joke Silva, Bimbo Akintola, Elvina Ibru etc.

As part of the 2018 International Women’s day celebrations, Ifeoma Fafunwa was one of 3 Nigerian women selected to perform at the “Unity in Diversity: An Evening of Art and Hope with Nigerian Women”  event, organized by UN Women, the UN Population Fund (UNFPA) and the Nigerian Mission to the UN.

Ifeoma Fafunwa is a fellow of the Aspen Global Leadership Network and Radcliffe Institute fellow of Harvard University.  She teaches  pro-bono performance art workshop building capacity for young female performers and university students in Nigeria. She lives in Lagos, is married and has four children. In this interview with Urban Woman Magazine, she shares more about Hear Word! her passion for theatre, and her journey to becoming who she is today.

Urban Woman: Hear Word! has sparked movements of women in Nigeria and the diaspora, who want to come out now to discuss issues affecting them. Did you ever envisage when it was still an idea being formed, that it would be this huge a movement

Ifeoma Fafunwa: To be quite honest, not really.  I imagined that it would inspire women to support other women and that it would change the way some people spoke about what was possible from Nigeria.  However, I did not imagine that the show would still be going on for four years or that it would gather this much interest.

Urban Woman: How did you develop a passion for theatre?

Ifeoma Fafunwa: I was born with a passion for theatre.  Four of my siblings attended St. Saviour’s school which produced a year-end stage play performed by students.  I would attend to watch my brothers and wish that I was in the play.  My mother taught at St Gregory’s where there was a Reverend father O’Connell who started a student band and produced musicals.  He staged Jesus Christ Superstar, Joseph and the Coat of many Colours and Ipi Tombi.  I would hang around at rehearsals and watch.

Urban Woman: What was growing up like for you?

Ifeoma Fafunwa: Growing up was a fuzzy experience for me.  As a very young child, I loved the carefree way in which my parents allowed me so much outside playtime.  Then I started primary school and began to feel like the world was not a place accepting of what I could bring to the table.  School was a place where you were programmed to all think and behave the same  way, do things at the same time.  It was dull and boring, so I quickly learnt to tune it out and as such I would often daydream or just stare blankly into space in class.  However, when I returned home from school and could run free, swim, climb trees, ride my bike and draw pictures, I was alive and alert again.

Urban Woman: How have your experiences shaped the idea behind this play, Hear Word! and how has the play itself influenced you?

Ifeoma Fafunwa: Now that I look back, I think that issues of confinement, containment and a minimalizing patriarchal culture were taking a toll on my spirit as a young adult. All this had nothing to do with morality but somehow had been entwined with ethics, values and religion.  Then again, when I returned to Nigeria after 20 years in the US, it became more evident to me what we were losing as a nation and how much women in Nigeria were balancing.  Working on Hear Word! has allowed me to engage the part of me that was God gifted to me and allows me to contribute in my own way to community and country.  When I was growing up, I was led to believe that somehow my value was diminished if I chose to be an artist and because I was good in Mathematics and Science, it posed a real struggle for me.  This work has validated my choices as a woman and an artist.

Urban Woman: What is your advice to young women trying to forge a path in life but are being drawn back by pressures of the society they find themselves in?

Ifeoma Fafunwa: I say…this is the information age.  It is now easier to find out who you are meant to be.  Ask yourself the daring question ‘What am I most passionate about and how can I make money doing just that?’  Nigeria needs it!  It needs you to be passionate!  Start now and do not be discouraged if it takes longer than you think.  Stay the course.

Urban Woman: You did a show last year with the women of Makoko. How did that show come about?

Ifeoma Fafunwa: I had been thinking about how to share the message of Hear Word! outside of the cushioned walls of mainstream theatres.  We had started to do pop-up shows in markets, bus-stops and marginalized neighborhoods.  At one point, I was sharing my ideas with a friend from Amsterdam and he became very interested.  We started talking about Obalende, Mushin and Makoko.  The idea of performing a show right on the water was born.  Later, when I discovered that the Makoko community did not speak Yoruba, English or Pidgin, I decided to run an acting workshop and cast women of Makoko side-by-side the Hear Word! actresses.  It was tedious and brilliant at the same time.

Urban Woman: So, you had women of Makoko acting alongside some of our most prominent actresses? What was the chemistry like?

Ifeoma Fafunwa: It was Brilliant!  The original Hear Word! actresses which included Joke Silva, Bimbo Akintola and Elvina Ibru became mentors and positive forces of nature in the lives of women in the community.  They embraced the women of Makoko and gave generously of their time and love.  At the same time, we all learnt so much about Makoko culture and tradition.  It was special.

Urban Woman: The Makoko show was trilingual,  that must have been difficult at time. How did you manage to interweave the 3 languages?

Ifeoma Fafunwa: That was the most challenging parts of this.  Let’s just say I grew.  It required me having a translator always.  I developed new monologues in the Ganvie language which is what is spoken in Makoko.  Then I had to remove all the English from the portion of the original show that we were using and the Hear Word! actresses also translated their monologues into Yoruba and Pidgin.  It was intense.  The title of the play became ‘MiSetonu’ which is ‘Hear Word!’ in Ganvie.

Urban Woman: What feedback did you get from the people of Makoko? Do you think you made an impact in such a community?

Ifeoma Fafunwa: Absolutely!  The status of those women rose immediately in the community.  They performed and shared their ideas and thoughts in front of more than 8 Baales and spiritual leaders in their community.  They learnt to stand strong and share their ideas with their broader community.  It was spiritual.  They were walking around their communities with famous actresses who came into their homes and sat with them and their families.  We went to their churches and prayed with them.  Our relationship with them is still ongoing.

Urban Woman: You just completed another milestone, the only Nigerian theatre production on the UN International Women’s Day Celebration bill this year. Tell us about that, what was the experience like, how was the show received?

Ifeoma Fafunwa: That had to be God’s work.  It had never crossed my mind so I was surprised to receivea call to perform at the United Nations General Assembly Hall which seats 2000, and during the global Commission on the Status of Women!  That convention attracts policy makers from all over the world who decide on investments for programming that affect women in their various parts of the world.  Whoa!  It is humbling.  Our team of actresses did a brilliant job for Nigeria, the crew from the American Repertory Theatre came out to assist and we received a standing ovation. We hailed Nigeria that day.