The Story Of Breffu, A Female Slave Of Ghanaian Descent, Who Led The Longest Lasting Rebellion In West Indies In 1733 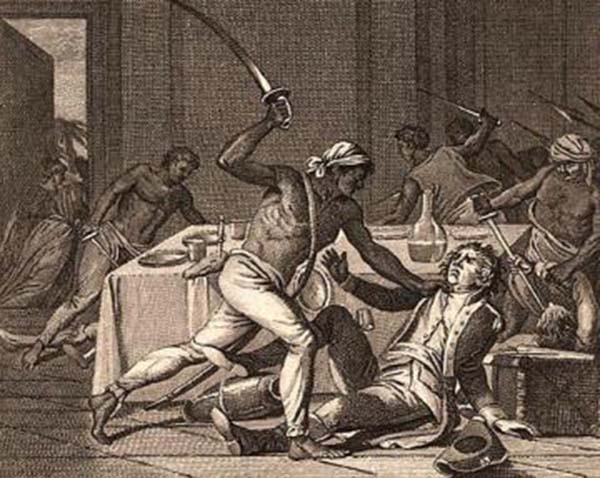 Breffu, today known as the Queen of St. John was a slave in West Indies who led one of the longest lasting rebellion ever recorded in history of slave trade. This rebellion lasted between November 1733 and August 1734.

Breffu who was of Ghanaian descent, particularly from the Akwamu tribe was enslaved at a plantation owned by Pieter Krøyer. They lived in Coral Bay. During this period, the Danes, (a North Germanic tribe inhabiting southern Scandinavia, including the area now comprising Denmark proper, during the Nordic Iron Age and the Viking Age. They founded what became the Kingdom of Denmark) were in control over the West Indies. Power had shifted from the Spanish, British, French, Dutch, and now, the Danes controlled the region.

In November 1733, Breffu led other slaves from the same kingdom as her, to plan a rebellion. They were supported by Christian, another slave of unknown descent. Together, they were over 150 slaves who rebelled that fateful day and took over West Indies.

It was easy for Breffu to convince the slaves to join forces with her because many of them came from royal families in Ghana. So, they looked forward to a time when they would enjoy the privileges which they enjoyed in the Akwamu kingdom back home.

On the 23rd, November 1733, the rebellion started. The slaves first went about their regular duties, but had hidden knives in the wood which they were to deliver to Fort Fredericksvaern at Coral Bay.

After they entered the fort, they immediately killed all the soldiers, save one soldier, John Gabriel. John Gabriel escaped and alerted Danish officials who rushed over but by this time it was too late. The fort had been taken over and the slaved fired the cannon from the fort signaling to Breffu that the takeover had occurred.

Immediately the cannon was fired, Breffu and Christian entered into the main house and killed three members of the plantation owner’s family (Van Stell family). She also killed Krøyer and his wife.

To evade capture, she and some other leaders of the rebellion committed suicide.

After her body was discovered, alongside 23 other rebels who also committed suicide, the slave masters expressed shock that the leader of such a long lasting uprising was a woman.

The story of Breffu has been dramatised as the “Queen of St John” in the play Three Queens Chautauqua Series: Act I Queen Breffu.

Previous articleShocking! These Blacks Were The Original Settlers In The Philippines
Next articleAnta Madjiguene Ndiaye, A Senegalese Princess Sold Into Slavery Who Became A Wealthy Plantation Owner In Florida