What Episodes of Criminal Minds did Amber Heard Play in?

Meet Aba Mfrase-Ewur : An Artist In the True Sense of the Word 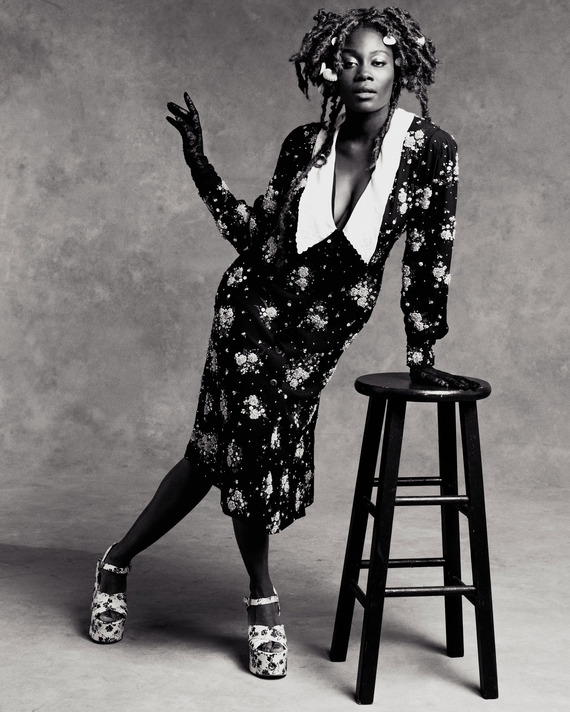 Aba Mfrase-Ewur is a big deal in both the world of fashion and film and it is a shame that her
talents haven’t been appreciated for longer than they have.

The ‘multidisciplinary’ artist is renowned for her amazing hair which she said is a passion of
hers. She was an advocate of ‘team natural hair’ before it even became cool.

Speaking in an interview with The Cut, she spoke a bit about herself, stating that she might not
remember her first film, but she remembers the first time she took on her hair.

I was so frustrated, because it was before the natural-hair movement had the traction it has now, and no one knew anything about 4C African hair in its natural state. I was up in my dorm room for about 14 hours trying to re-create a simple seven-braids style I had seen in a magazine. There were many tears and my arms were so sore, but I felt so proud of myself.

In the wide-ranging interview, Aba Mfrase-Ewur spoke about the inspiration she receives from
acclaimed American novelist Toni Morrison, “I don’t have enough space in this interview to
explain what she means to me. Everything about her spirit, her life story, and her work is
glorious. My favorite book by her is Jazz” she said, gushing about her role model.

Aba Mfrase-Ewur is a lover of nature which she says serves as her biggest inspiration. She’s
also a yoga enthusiast and she says her perfect day will include some sunrise watching and
yoga, “Waking up around 7 a.m. to watch the sunrise, hot yoga, a long shower, head to the
beach for a few hours with a great book, a giant early-evening picnic in a garden with live music
and people I love, watch the sunset, eat ice cream, then I fall asleep watching something funny,
all the while in a beautiful tropical place.” she said dreamily.

The ambitious artist also disclosed that she has started studying herbal medicine and that she is
excited about it. With a Ghanaian grandmother who was a healer, it just might run in the family.
She’s also a pet owner, stating that if she was going to be an animal, she’d be her black cat,
who is ironically called ‘Butcher’.

You can read the full interview here

Meet Elin Alexander, the Actress Who Plays Holly on Days of Our Lives