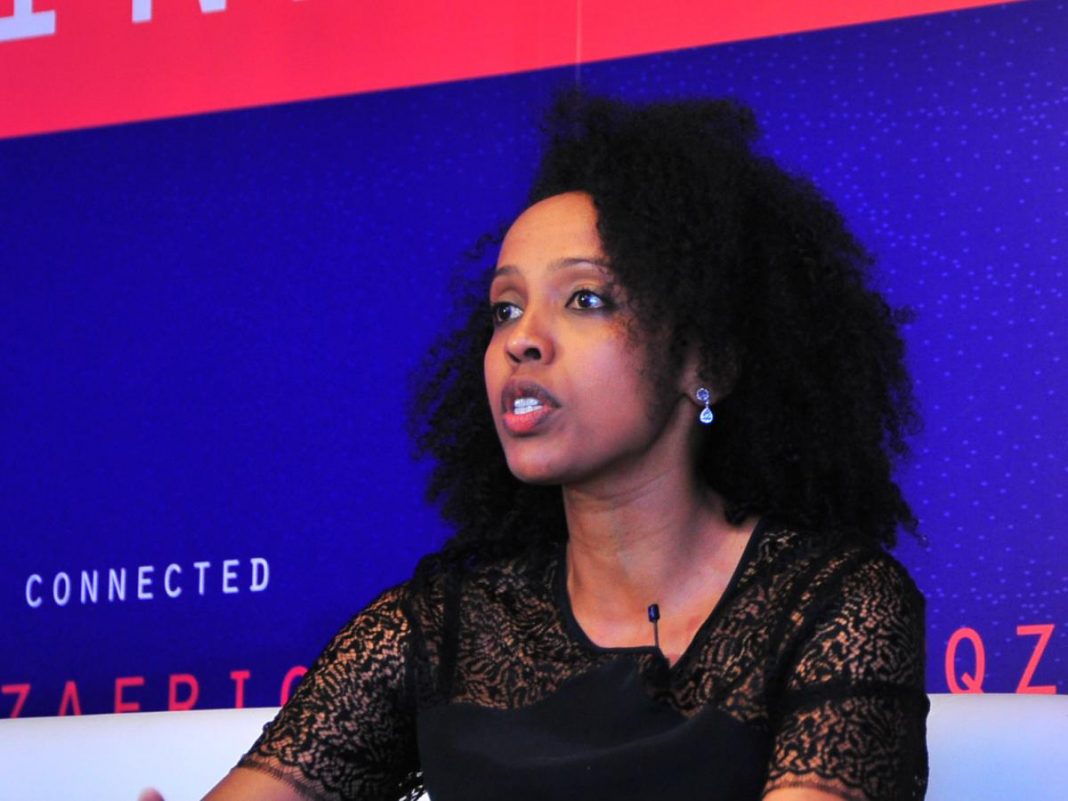 Sara Menker is an Ethiopian businesswoman.  She is the founder and CEO of Gro Intelligence, a software company that is focused on the global food and agriculture markets.

Gro Intelligence allows its users to extract powerful insights and access predictive modelling at an impressive scale. It provides a holistic and timely picture of global agriculture by funnelling trillions of data into a single powerful experience. Sara Menker is also a trustee of the Mandela Institute for Development Studies.

Sara Menker was born and raised in Ethiopia. She received a degree in Economics and African Studies at Mount Holyoke College, a private liberal arts women’s college in Massachusetts. After this, she earned a Master of Business Administration at Columbia University.

Before she founded Gro Intelligence, she worked as a vice-president in Morgan Stanley’s commodity group. There, she began her career in commodities risk management and eventually moved to trading.

Sara Menker worked at Morgan Stanley for 8 years and left in order to put her data analysis skills to use. She developed an interest in the global food crisis and noticed that there is a dearth of data available in agriculture.

In 2014, she founded Gro Intelligence in Kenya to fill the gap in the agriculture sector. Gro Intelligence builds data set on the different variables that affect agriculture like climate, soil quality and crop yield. With the data gathered from markets all over the world, the company can project the demand, supply and prices of agricultural produce.

Sara Menker has used Gro Intelligence to investigate the impact of natural disasters on food supply. Unilever, a client of Gro Intelligence, uses its data to plan the sustainability for its Knorr brand of seasoning. Gro Intelligence has its offices in Nairobi and New York.

Sara Menker is a Trustee of the Mandela Institute for Development Studies (MINDS) and a Trustee of the International Center for Tropical Agriculture (CIAT). She is also a fellow of the African Leadership Initiative of the Aspen Institute and was named a Global Young Leader by the World Economic Forum.

In 2017, she delivered a TED talk titled A global food crisis may be less than a decade away.  In 2018, she was named the Henry C. Gardiner Global Food Systems Lecturer. Sara Menker is involved with an artificial intelligence information platform called Cognition X and she has presented at the Rockefeller Foundation and The New York Times.

Read Also: All You Need To Know About Françoise Bettencourt Meyers, The Richest Woman In The World