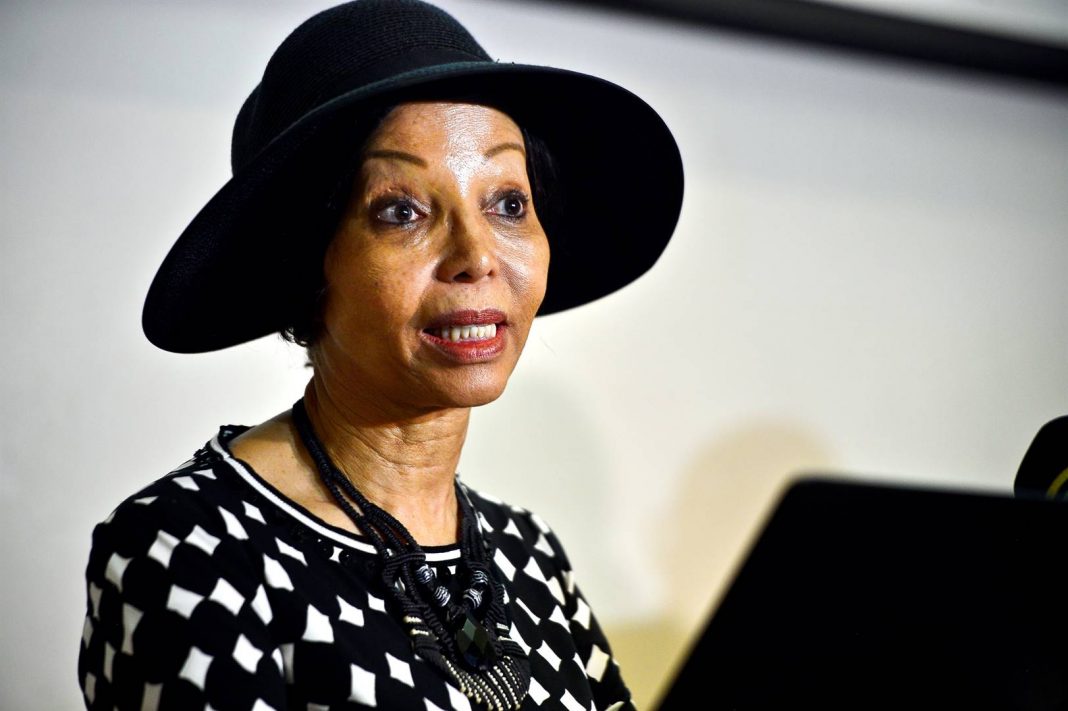 Bridgette Radebe (née Motsepe) is a South African businesswoman whose net worth is estimated to be 1.3 billion South African rands ($88 million). She is the sister of Tshepo Motsepe the First Lady of South Africa South and Patrice Motsepe the business tycoon.

She is also the wife of Jeffrey Thamsanqa “Jeff” Radebe, a South African politician who was appointed as the Minister of Energy by Cyril Ramaphosa on February 26, 2018. Bridgette Motsepe Radebe was born on 26 February 1960 and is one of seven children. She was brought up in the village of Mathibestad and also in Mmakau which is her ancestral home in the North West Province. Her father is the late Chief Augustine Butana Chaane Motsepe and she is of Tswana descent.

Radebe ventured into business in the 1980s when she began work as a common miner. Bind by a contract, she managed individual shaft mining operations and produced materials for the larger mine operations in South Africa. After gaining some experience, she founded Mmakau Mining; a mining firm that initiates explorations and production with an interest in platinum, gold, uranium, coal, and ferrochrome assets.

Bridgette has criticized the “capitalist mining model” because “it takes land to exploit the materials, the exports create ghost towns, and jobs go overseas”. She also observed that ownership of natural resources in South Africa has always been monopolized and simply shifted from white people, the racial minority (83%) to corporate monopolies (91%).

She suggests three solutions to solve the problem: 1) complete nationalization of all mining operations, 2) a state buyout of the mining operations of dwindling profitability in the name of black empowerment, 3) a co-operation movement between public and private sectors over the running of South Africa’s mines.

In 2019, Radebe was appointed as a member of the BRICS Business Council. In May 2008, she was given the “International Businessperson of the Year Award” by the Global Foundation for Democracy as a recognition for her impact on politics and the environment.