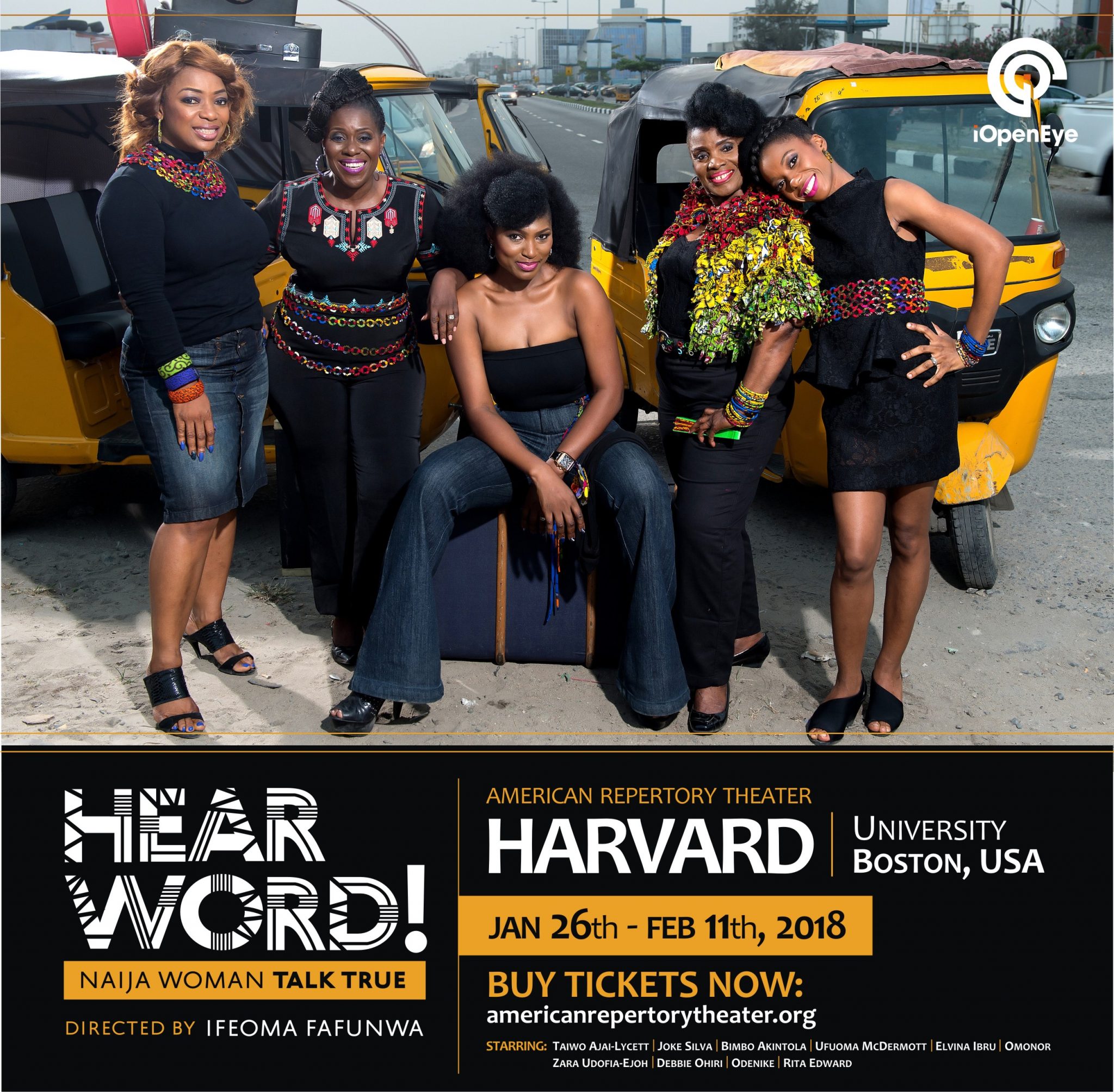 Ifeoma Fafunwa’s powerful play, Hear Word! has been invited for a second season at the prestigious American Repertory Theatre in Cambridge.

The much-applauded women empowerment production titled HEARWORD! had its US debut at the award-winning theatre on Harvard University campus last year, with every show sold out before opening night.

HEAR WORD! is an anthology of monologues that tackles issues affecting Nigerian women today. This arresting and honest stage play is a collection of generational stories about the political, social and cultural factors affecting and limiting the lives of Nigerian women. The play is co-written and directed by the current Radcliffe Institute Fellow – Ifeoma Fafunwa.

Since its Lagos debut in 2014, the show has continued to sell out seasons both at home and abroad and has been seen by thousands of audiences across Nigeria, some whom return to watch the show again.

HEAR WORD! runs from 26th of January until 11th of February, 2018 at the American Repertory Theatre in Cambridge, Massachusetts, USA.

Read Also:#30Voices – Ifeoma Nwobu says, “I like to see modelling as my transportation, not the final destination”