Halyna Hutchins: Alec Baldwin and Hannah Gutierrez-Reed To Be Charged With Two Counts of Involuntary Manslaughter 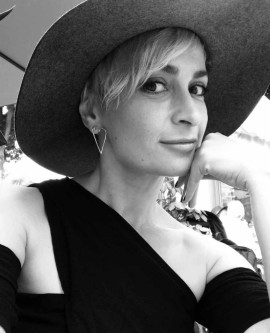 Alec Baldwin and Hannah Gutierrez-Reed, the armourer of the Western film Rust, will both be charged with two counts of involuntary manslaughter more than a year after the death of cinematographer Halyna Hutchins while shooting. Assistant director Dave Halls has also agreed to plead guilty to negligent use of a deadly weapon under the terms of a suspended sentence and six months of probation.

Mary Carmack-Altwies, the New Mexico First Judicial District Attorney, believes there is enough proof to charge Baldwin and Gutierrez-Reed for both counts of involuntary manslaughter. It will now be up to the jury to determine their guilt or innocence under these charges.

Each charge carries a maximum of 18 months in jail and a $5,000 fine, with an added five-year mandatory jail sentence for the second charge involving a firearm.

Matt Hutchins, Halyna’s husband, expressed his appreciation to prosecutors and the Santa Fe Sheriff’s Office, saying “It is a comfort to the family that, in New Mexico, no one is above the law.” He added that they fully support the charges and will cooperate with this prosecution.

Previous article
Stephen A. Smith Apologizes for Saying Rihanna’s Super Bowl Performance Won’t Measure Up to Beyonce’s​ ​​​​​​​
Next article
Channing Tatum Opens Up About His Relationship With Daughter After Divorce From Jenna Dewan