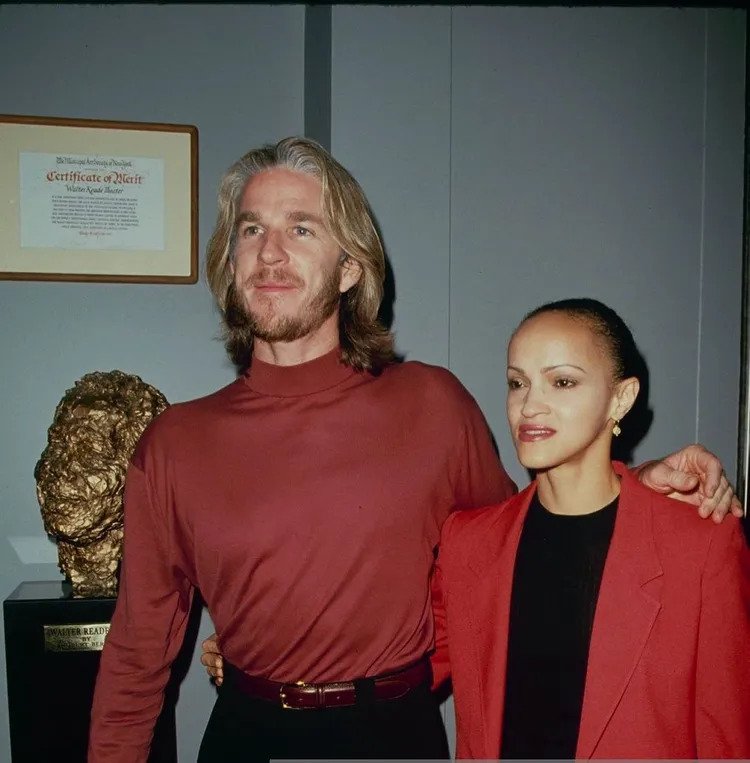 Caridad Rivera is a 66-year-old TV actress and the spouse of Matthew Modine, who plays the villainous Dr. Martin Brenner, in the Stranger Things series. She’s also a makeup artist and wardrobe stylist.

Caridad Rivera was born and reared in Manhattan. Her father, Manuel, was born in Puerto Rico and emigrated to the United States with her mother before her birth.

The couple first met when he was employed at a kitchen. A consumer requested a to-go dish one day, and he declined because he thought it would be bad. But she persisted. He went downstairs to address the problem head-on, only to discover Caridad Rivera – his eyes met and immediately fell in love with her.

They got married on 31 October 1980. In 2020, they celebrated their 40th wedding anniversary and Matthew Modine told Closer Weekly that Caridad Rivera was “the greatest partner and friend a person could ask for”.

She was 64 at the time of the 2020 interview. This means that she is likely 66 now. The age difference between her and her husband is about three years. He is 63, and refers to his wife as “Cari.”

What does Caridad ‘Cari’ Rivera do?

Cari Rivera has three screen credits. In 2007, she appeared in short film The Red Room as a dancer, Audrey in 2018’s Theater of Horror, and is set to appear in TV movie Lost Cos as Lady Mufajah. She also worked as a production assistant on the 2006 comedy film Muñeca.

She is also a makeup artist and wardrobe stylist.

They have a son and daughter together. Boman (age 37), their eldest child, is an award-winning, Emmy-nominated director, writer, and producer of short films and TV series. He’s also created several projects on his own.

Their daughter, Ruby (age 31) is an actress, singer and ballet dancer. Some of her larger roles have been playing Sierra in TV series Shameless from 2016-2018. She also played Lori Spenger in the 2017 movie Happy Death Day, and then reprised her role in the 2018 sequel.

In 2020, their daughter Ruby gave birth to a baby boy named Avery. This means Avery is likely two years old at the time of this writing.

Previous articleHow to Create a Sacred Space in Your Home
Next articleDoes Gabby Giffords have children?