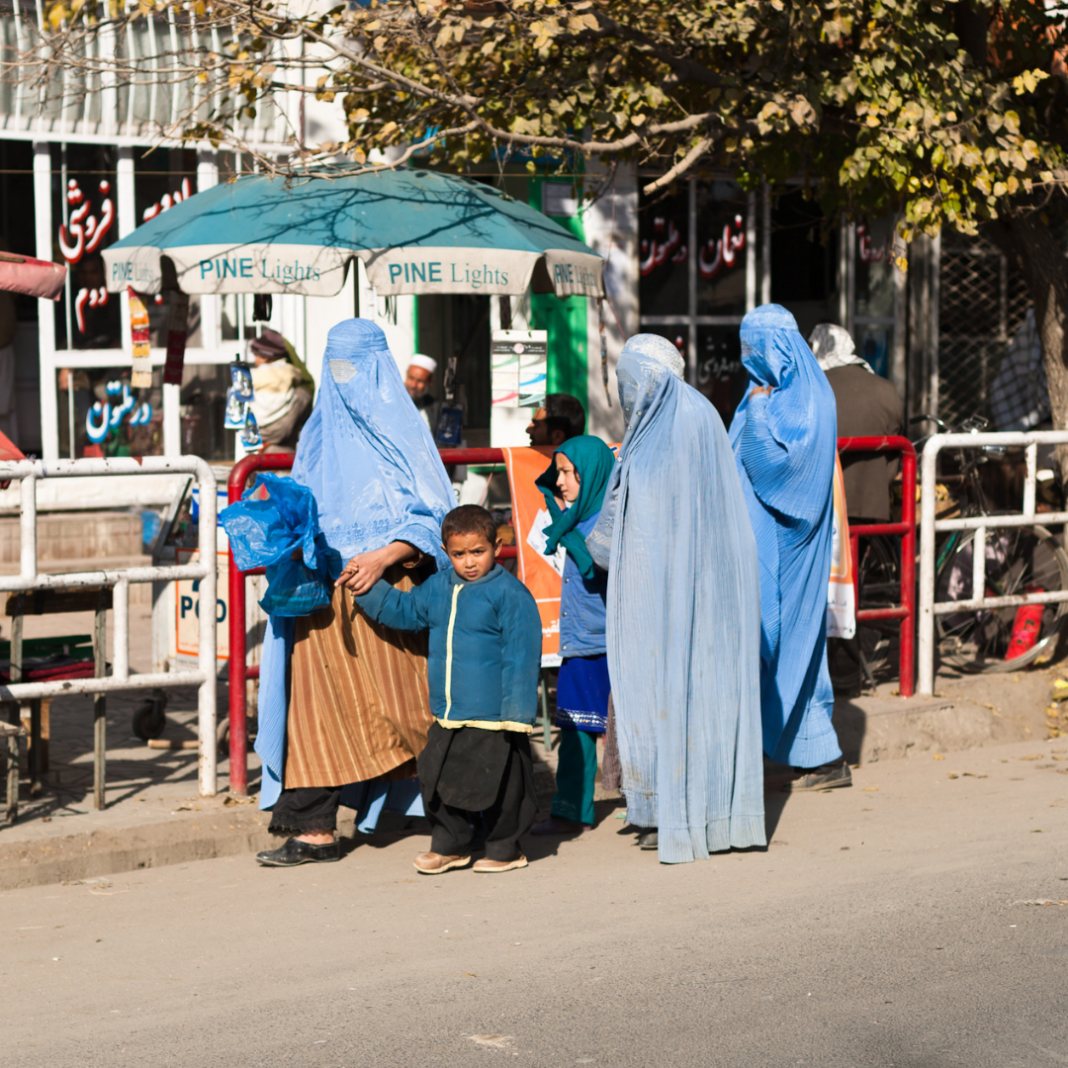 Is anyone else worried about the women and girls in Afghanistan? Of course not. That’s over there somewhere, as Western arms vaguely point to the Eastern side of an Atlas.

A country never been to nor going to. Especially now: there wouldn’t be enough captivating images for the Instagram feed. So why would the tribulations of Afghan women – women endangered, and women compromised – bother us?

The narrative continues that it is those same Arabs that are terrorists and fanatics, and radicals and brown-skinned assassins. They’re dangerous and untrustworthy; jeopardizing the purity of the West, who seem to have disregarded their own dangerous acts of terrorism, colonization, and pillaging throughout the centuries. Funny that.

I’ve had the immense misfortune of reading various news outlets, blogs, and comments on social media of how “those people” – Middle Eastern people – are altogether uncultured and uncivilized. Unhygienic and uneducated. And all other convenient slurs that fit the Western plot to fuel racist and xenophobic ideologies.

Well, let’s reset some principles, shall we? Specifically, I’m addressing the women amongst us who proclaim in their loudest voice to be feminists. The same women who enjoy exhibiting their feminist merchandise as much as they do selfies on a perfect summer’s day. Wearing gold chains that swing from pale necks, the word Feminist sitting across their collar bones. Women who wear enormous pins, badges, and broaches with trending feminist slogans; women whose feminist agendas don’t extend across the murky waters of tyranny.

I’m talking about the pretentious “feminists” who slurp on their ice-cold Starbucks coffees while carrying 2lb dogs in oversized handbags. The ones who wear The Future Is Female t-shirts, while utilizing Smash The Patriarchy hashtags, all before cackling along to misogynistic jokes and favouring anti-abortion and TERF petitions. Faux feminism. White feminism. Bigoted feminism. Pseudo Feminism. Feminism that’s less to do with intersectionality and advocating for the equal rights of women, and more to do with looking cool on the ‘gram. Although I wouldn’t usually appoint myself to tackle these “feminists”, the situation with Afghan women and girls is serious enough to open this dialogue.

Afghan women and girls are in immediate danger. Upon America’s withdrawal from Afghanistan earlier this week, the Taliban seized power in the capital city of Kabul. While there have been horrific images spread across news outlets of Afghanistan residents attempting to flee, some by climbing on American aircraft, and worse, the alleged account of two men falling to their death from the wing of an airborne plane, there’s been minimal coverage of Afghanistan women as they face daunting and uncertain times.

The Taliban are a radicalized group known for some of the worst present-day atrocities. Their barbarous onslaught against human rights is especially driven towards women and girls. Crimes including slavery and trafficking, oppression, brutalization, domestic violence, public whippings, beatings, and inhumane executions. Altogether, the list is a misogynistic blueprint that encompasses gender-based objectification, inhumaneness, and the complete violation of human rights.

Furthermore, the Taliban’s instructional manual for dealing with gender comprises the stringent prevention of women and girls having access to healthcare, education, independence, and careers. Including being forbidden to leave the house without a suitably appointed male chaperon. The Taliban resume their encroachment on women by dictating that women no longer have the choice to wear a full-coverage burka, as they condemn it to be mandatory. An enforced uniform of subjugation to conclude the dehumanization of women.

Afghanistan women are in critical danger. This is not a political mandate but a humanitarian responsibility. Feminists, women, allies in sitting, please, let’s unite and be proactive in giving voice to our Afghan sisters. I’m not asking feminists around the world to arm up, book a flight to Kabul, and singlehandedly go to battle with the Taliban. I’m not asking feminists to spend money that they don’t have to support women they don’t know. So, what am I asking?

Let’s keep Afghan women a priority. Primarily, our first call to action is to decolonize the extensive generalizations about Afghanistan. To perpetually distribute xenophobic propaganda is critically harmful, not to mention discriminatory, so let’s overthrow propagandists and rewrite the damn script. The negative connotations on how the West perceives the Middle East empowers the Taliban. By implying that Afghan women consent to being socially and politically oppressed, therefore are no longer victimized by their oppressors, is to justify the lack of urgency or interest in assisting them with their plight. That, my feminist sisters, is a miscarriage of justice.

Talk about our sisters abroad with the same impassioned perseverance as you would with celebrity gossip, new-age vegan recipes, and Pinterest quotes. Light up your social media platforms with words for Afghanistan, which bleeds and cries with persecution. Recycle trustworthy reports from reputable news sources, reach out to both local and international governments via Twitter, do all you can to hold their faces to the totalitarianism that darkens Afghanistan.

Women For Afghan Women (WAW) is a certified organization that delivers emergency reinforcements. Relief implementing the right to self-governance and social, political, and economic equality. Much like WAW, the non-profit organization Afghan Women’s Educational Center (AWEC) are advocates in demanding human rights and the overall wellbeing of Afghan women; providing services that are detrimental to welfare and survival. These organizations – along with others – are steadfast in facilitating our heroic sisters, whose futures remain ambiguous. But it isn’t enough.

I implore you to investigate local organizations and Afghan communities to see what resources are being applied, and what resources you may be able to offer. Not all resources are monetarily focused, and there can be no effort considered too small. Equally, it’s essential to be trauma-informed with one’s approach; contributing to aid is not – nor will ever be – an invitation to interrogate cultural customs or be Islamophobic. That would be gross. But most importantly, it’s about proactively seeking justice for women by joining the mission and being part of the solution.

Afghan women – as all women who fight oppression across the globe – are immensely courageous. The next time you consider yourself a feminist, make sure it’s not just a fashion statement you’ve invested in, but a movement. That is the democracy I stand for.