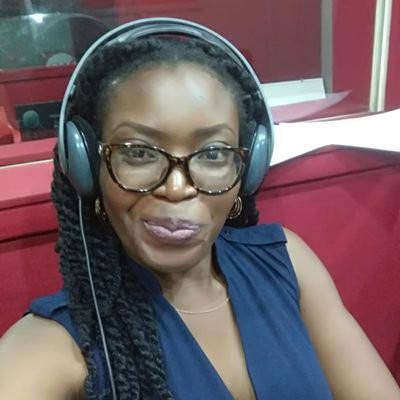 I think I was five when I finally understood that there were girl parts and boy parts, and they were to be kept covered, and no one was allowed to touch them. My mother had sat me down and explained it carefully. I was a precocious child, and I understood that this was important.

As I grew, it creeped me TF out when people would say things like my small wife or, my small husband. My mother discouraged such nonsense talk too, and we learned to evade Uncles who would always want to set us on their knees. Most importantly, we learned that if anyone touched us inappropriately, we were to come straight to Mommy and tell her.

She is a fire breathing Mother Dragon. I wonder if all Nigerian daughters have alert, fire-breathing Dragon Mommies. Too often is sex surrounded by silence. I had an early exposure to UNICEF and the realities of children across the world, too. At set intervals each year, we would receive a UNICEF catalogue, full of data on their work all over the world, and carefully select items to purchase. The money went to refugee children, I was told. I always wondered if the children begging on the streets of Lagos got any of this money. Still do.

One such catalogue came with a policy document on the rights of the child. I was too young to understand what it meant, but I got the overall sense that; children were suffering in many ways in parts of the world I had never heard of; a couple of people from all over the world held meetings to agree on the treatment of children; the money we sent by buying catalogue items was helping children in some way; and, spanking children, even as discipline, constituted a dodgy area in the subject of rights.

I did ask my mother about the latter and remember that she said that discipline and torture were not the same things. I didn’t know how to reconcile this.

Nothing in the fairy tale books I had read, or the English exercises of primary school prepared me for all of this. Outside of school, the world was an ugly place.

I opened Twitter this morning, and under the You may have missed this timeline tab, I saw a tweet about the arrest of an alleged rapist in a tertiary institution in Lagos. As with all things in this tab, it disappeared before I could navigate and read it properly.

I figured that someone on my TL had interacted with the tweet, and kept scrolling diligently until I found it. As an aside, this is one of the shoddiest aspects of my Twitter UX. It can be fixed but hasn’t.

Also, read Ireti Bakare-Yusuf: It Is Time For Nigerian Women to Stand up Against Sexual Predators

My sister, a newly admitted student, turned a year older on this same day. She is a vibrant, charmingly reticent adolescent with keen intelligence. She is many things, but is she prepared for a world with people who will potentially assault her for no other reason than the fact that she is female? Will she feel confident enough to speak out about what happened to her?

It is weird, the fact that one of my first thoughts when she left secondary school a little over six months ago, was how she would respond to an attempt at sexual assault, and how she would access the help she needs. To have all of this brought back home is hurtful in many ways.

If you read the threaded tweets, you will find allegations of druggings, and a description of the nature of social support both victims who came forward received. The first had her family members present at the security post, and the second had lodged a complaint, but allegedly was not attended to adequately, and had no social support at the time.

Reading further gives the impression that the sexual activity status of both survivors played a role in the nature of the security response.

To this, I say, Bomb dey dia head.

I saw an Indie movie last year, titled, Black Widows (2016). The plot was about a group of three lifelong female friends (one of whom produced and directed the movie) and their relationship dynamics. The first had a seemingly happy marriage to an insecure and abusive man, the second, a live-in situation with a man who was quick to point out her failings, and the third, a happy go woman who had a string of unstable relationships, with the most recent resulting in rape.

The survivor met a love match on a platform, who seemed charming and well behaved until they had consensual sex. After this, he became aggressive and demanding of sex and subsequently raped her. She shut herself away from her friends and kept this hidden. Her thinking: How do you explain that a man you were seeing, after consensual sex, raped you?

She was eventually able to confide in them, and they sought revenge against the man who harmed their sister. Through a bungled series of events, manslaughters of all their lovers ensued, with the women surviving the entire scene.

Cycling back to the tweet that clouded my day, I am not here to lodge support for either party; I am here to call out this fucking bullshit. I am mad, as I type this. I have gone through a cycle of emotions, from flat out anxiety to great and sudden distress, to renewed anxiety over my sisters and the thousands like her, entering a system that, in 2018, is ill-equipped to prevent and respond to sexual assault.

I have a quiet space I hold conversations with friends. I ran there crying this morning. I didn’t know what or how to feel about what I was reading. You see, I have been nearly assaulted, before. It was during a training period, and by someone, I considered a colleague and friend. In hindsight, I remembered that my first impression of him was that he was a little slimy and overly effusive, but I am always willing to see the best in people.

I didn’t tell anyone when this happened. For the longest time, I didn’t think of it as attempted sexual assault. My ex-classmates and family are a protective lot, and I am not sure he would have survived the aggression that would have been meted out or lived quietly through the security or judicial follow up if my family members got wind of it. It was an attempt, and I had handled the situation.

I recounted this experience to a colleague and classmate late last year, and she told me to name him and shame him. This was the same advice I received when I spoke to a male senior colleague about it. I was preparing for a discussion about sexual assault and getting help for survivors, at the time.

I asked myself, what would be the point?

I didn’t need closure from him, and the greatest benefit would have been that he would get professional help for reform if this was needed, and I would potentially protect any number of women who had their consent taken by him through coercion and force.

I think my breathing is better adjusted, now. I am past the cycle of emotions and seguing into calculated strategy. This bullshit stops now. I have been guilty of slactivism before, but no more. We can all do and be better.

The weather forecast today in Lagos is cloudy, and it mirrors my earlier mood. One of my four danger dives this year revolves around the topic of sexual assault and its societal response. I am not permitted to say more at the moment. If you would like to partner with us on this, feel free to comment below, or please send a DM to @immariawohan on Twitter. They would be more than happy to collaborate.

Until then,
Love and Light